Advent of stricter emission norms and law enforcement discouraging use of diesel in transportation is driving a negative sentiment against diesel. And the consumer shift to petrol cars is picking up pace. 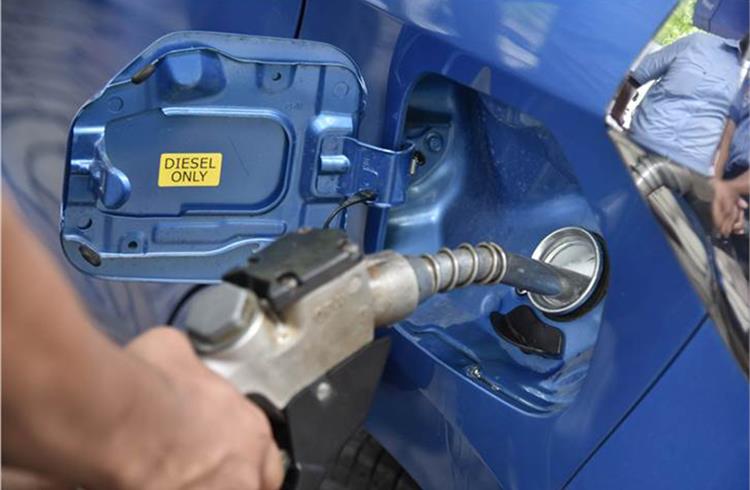 If you’re one of those who enjoy the turbo boost and a surge of torque in mid-range rpms while driving your fancy sedan, a nimble hatchback or even a sturdy SUV, chances are that like many other enthusiasts, you are a diesel-head too.

Diesel cars in their modern-day avatar, with the use of direct injection technology, have changed the dynamics of the automotive industry over the past decade or so. So much so that diesel car sales for some manufacturers in India and in markets like Europe have been as significant as 45-50 percent, owing to the benefits of high fuel efficiency, ample torque in city driving conditions and longevity arising out of the robustness of the diesel engine’s fundamental architecture.

But with growing concerns about environmental pollution contributed by the transportation sector and the Volkswagen dieselgate scandal, the fossil fuel now seems to have a rather unclean image in the minds of the people and more so in the eyes of the lawmakers.

India has effected a ban on more than 10-year-old diesel vehicles of all types in the country’s capital region, New Delhi. While this measure had already threatened the existence of diesel-engined cars in the city, marred resale value of used cars and also gave some sleepless nights to the public in other parts of the country of a strict measure getting emulated anytime in the future, the double-whammy now comes from the fact that the cost increase in a diesel engine when it goes on to conform to the upcoming BS VI norms getting implemented from April 1, 2020, is going to be substantial.

As  a result, many carmakers, including market leader Maruti Suzuki have already announced its plans of exiting diesel completely, come FY2021, and a general sentiment is now prevailing among the consumer that diesel could prove to be a risky proposition going forward when the government is also giving a lot of push to electric vehicles.

Demand grows for petrol UVs too
A run through the Indian auto industry’s performance in the first half of FY2020 shows a clear trend that diesel vehicles are on a decline across all categories of the passenger vehicle (PV) segment. Out of a total of 1,333,247 PVs sold between April and September 2019, 34 percent were diesels and 66 percent petrol-powered. This is in comparison to the 38:62 split during the same period last year, when total sales also stood higher at 1,744,279 units.

The trend varies from category to category within the PV segment, and with Maruti’s call of exiting diesel with a major portfolio of hatchbacks and sedans going to be left petrol-only, the category has seen a major dip in demand for diesel. Diesel cars only contributed 14 percent with 117,631 units to the total passenger car sales in H1 FY2020 when their sales used to be averaging 21 percent until a year-ago with 247,489 units.

Petrol cars, on the other hand, have seen a rise in demand with sales moving from 79 percent to 86 percent to a total of 697,526 units sold until now.

However, what is even more surprising is that people are not shying away of considering petrol even in case of  the UV  segment either, wherein these vehicles are substantially heavier, and gain advantage of diesel’s better fuel economy. Case in point the newly launched MG Hector wherein the company had to deal with an unanticipated demand for its 1.5-litre turbocharged petrol SUV as opposed to the 2.0-litre diesel variant. The petrol Hector with an automatic transmission comprises over 50 percent of the mid-sized SUV’s sales. Similarly, the latest Hyundai compact crossover Venue is giving the erstwhile segment leader Maruti Suzuki Brezza a run for its money, simply because the latter doesn’t have any petrol offering at all.

The people and goods-moving category of vans too is increasingly seeing a movement towards petrol as well with the diesel to petrol ratio in the category moving from being pegged at 19:81 to 14:86 in H1. Total van sales stood at 71,247 units (FY2019: 110,389 / -35.4%), with petrol tallying 61,080 units. While it is not yet tabulated, the diesel sales in the van segment is being taken up by CNG, which is becoming a popular low-cost solution to ferry goods and people on intra-city applications.

Be it regulations, emission norms or sheer enforcement in certain cities in the country, diesel has taken a backseat for major global OEMs at least in the passenger vehicle segment. While pure EVs are still sometime away from finding mainstream application due to lack of EV charging infrastructure in India, it is petrol, hybrids and alternative fuels such as compressed natural gas, which are going to emerge as the replacement solutions for the high-efficiency oil. In either of the cases, enthusiasts are surely going to miss the torque surge that diesel provides without caring about fuel efficiency too much.