With the compulsory implementation of the new safety and emission norms on new vehicles around the corner, the Indian auto industry has been observing a slump in sales and correspondingly has led to a decline in the production as well. 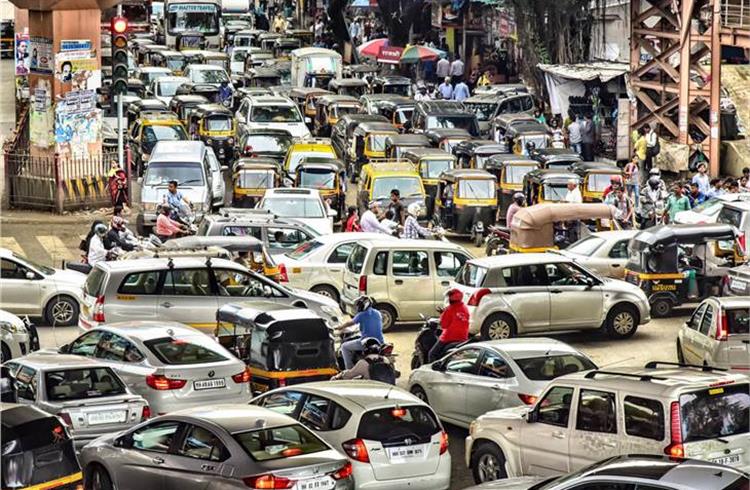 As India goes to polls, discretionary vehicle purchases have taken a breather too, with sales across vehicle categories plummeting in the starting month of FY2020.

The Indian auto industry has registered substantial de-growth in sales across passenger vehicles, commercial vehicles, two-wheelers and three-wheelers in the month of April, what with subdued buyer interest and poor market sentiments in lieu of the undergoing general elections, holding buyers from loosening their purse.

While the slowdown is an extension of the tough festive season of FY2019, industry experts don’t foresee any progressive shift in performance until the next quarter of the ongoing fiscal. Where high fuel prices, low availability of funds and escalating acquisition costs have led to disinterest in most rural places, urban customers are finding more convenience in shared mobility, which is increasingly replacing new car ownership in the country’s key Tier 1 cities.

The only respite for the PV segment came from the export figures where it registered a growth of 11.6 percent year-on-year.

Bracing for a revival with BS VI
We recently reported that the commercial vehicle segment sold a million units for the first time ever in a single year in FY2019. However, commercial vehicle (CV) sales have turned uncertain in the first month of FY2020. Market leader Tata Motors and challenger Mahindra Trucks & Buses’ sales in April 2019 saw de-growth while those of Ashok Leyland and VE Commercial Vehicles remained in positive territory.

Low riding aspirations
Slump in sales has not spared the most voluminous segment either, with India’s two wheeler market recording a notable double-digit fall in sales over previous years. Hero MotoCorp (-17.24%) and Honda Motorcycles and Scooters India (-31.94%) posted shocking numbers in the month, hinting at the plight of the mass commuter two-wheeler segment, while Royal Enfield with a 20.76 percent decline,  told buyer sentiments at the premium end.

Levelling the scales with low inventory
With a similar or a marginally better result expected in the coming months until the newly elected government settles well into its place, the Indian auto industry is trying to squeeze out profit by reducing inventory costs, and trying to cope up excess inventory, which says dealer body FADA, has reached to astronomical levels of 45-50 days in many cases.

While the entire Q1 of FY2020 until June could be throwing similar numbers month after month, a slew of new product launches in the coming months, and in fact, in a few days’ time could create that much-needed market pull to turn around the tides. We will track how the story unfolds. 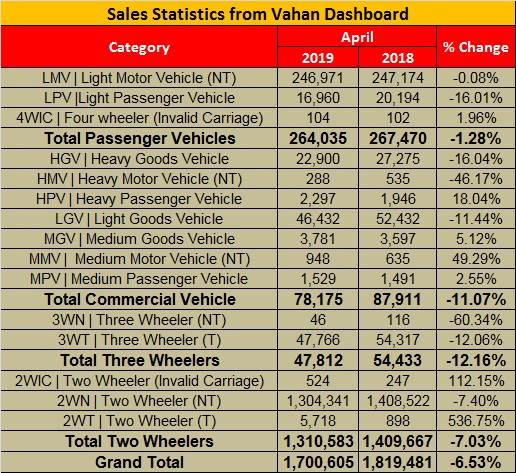