Maruti Vitara Brezza breezes past 700,000 sales in less than 7 years

Game-changing SUV keeps firing on all cylinders, even with a sole petrol engine. And Maruti is set to launch the new Brezza in mid-2022, while also exploring CNG power 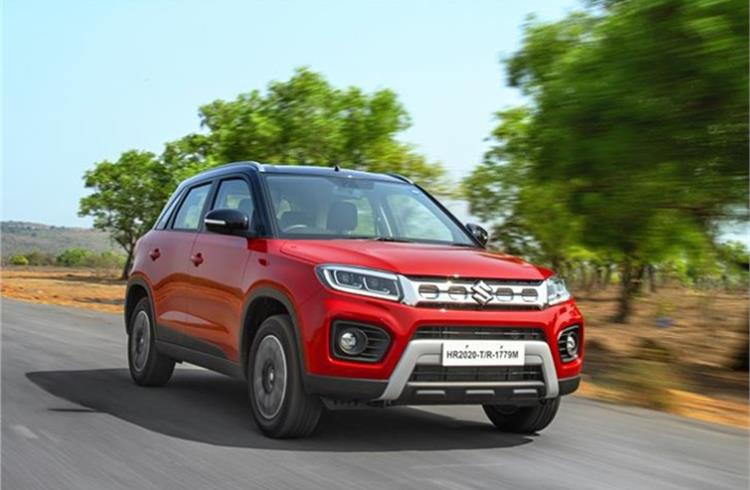 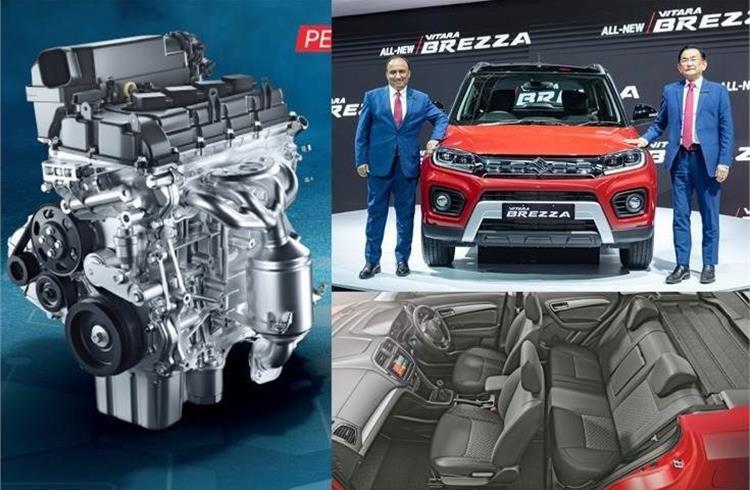 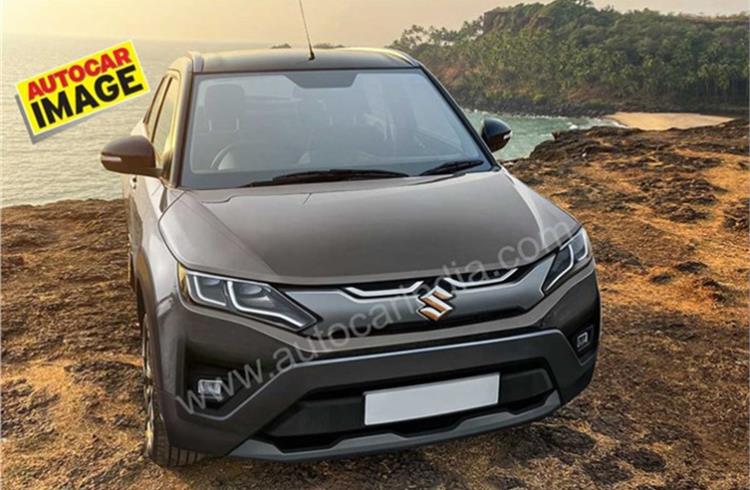 Computer-generated rendering of new MY2022 Brezza., which is slated for a mid-2022 launch. The carmaker is also exploring CNG power for the compact SUV.

The Brezza’s sales journey to this new landmark has taken less than seven years – five fiscals and nine months or specifically 69 months. With this, the Brezza becomes the latest Maruti to cross the 700,000 milestone, after the Ertiga (9 years, 9 months), Baleno, which has gone past a million sales in India (6 years or 72 months), and the Swift (2.5 million units in 16 years).

As per Autocar Professional’s data analytics (see sales data table below), the Vitara Brezza has sold a total of 698,770 units from launch in March 2016 through to end-November 2021. Given that the compact SUV has been averaging 8.872 units a months for the past four months, or 295 units a day, the remaining 1,230 units for the 700,000 milestone would have been crossed by December 5. 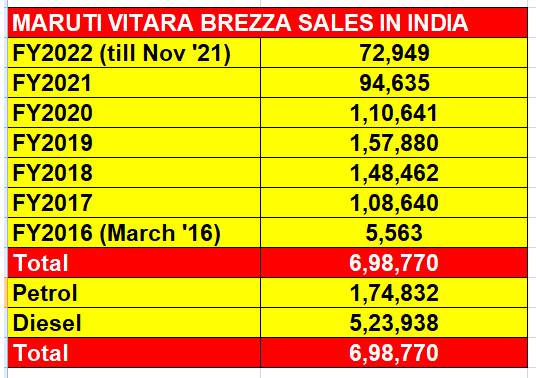 Taking only petrol power in its stride
Maruti Suzuki would have got to the 700,000 mark much sooner if it weren’t for a slowing down of sales following its decision to stop making diesel cars from April 2020. Add to that been the pandemic-induced market slowdown and the arrival of newer rivals like the Hyundai Venue and Mahindra XUV300, both also available with petrol engines. But Maruti Suzuki fought back with the petrol-engined Vitara Brezza, launched on February 6, 2020

The carmaker used Suzuki’s K15B 1.5-litre petrol engine instead of the original Vitara Brezza’s 1.3-litre diesel. The Vitara Brezza shares its 105hp and 138Nm, 1.5-litre K15B BS VI-compliant petrol engine with other Marutis like the Ciaz, Ertiga and XL6. A 5-speed manual gearbox is standard, while a 4-speed torque converter-equipped auto is available as an option. Interestingly, Suzuki’s SHVS Smart Hybrid tech is reserved for automatic versions of the compact SUV only. The 1.5-litre K-series petrol engine delivers fuel efficiency of 18.76 kilometres per litre for automatic and 17.03kpl for the manual variant. 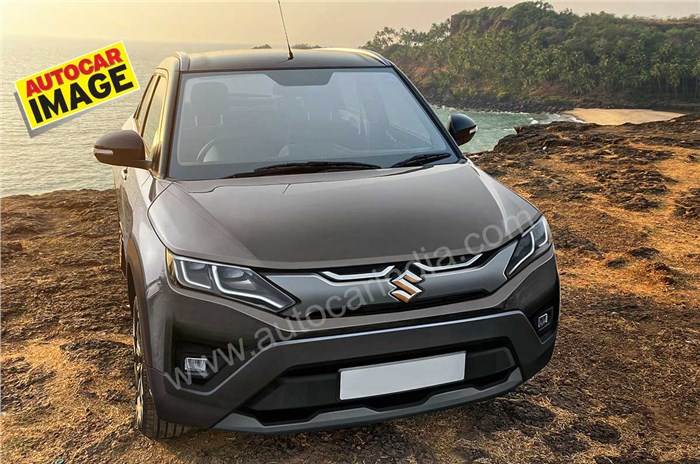 New Maruti Brezza launch by mid-2022
Now, Maruti Suzuki is getting ready to launch the MY2022 model. The new Vitara Brezza  (codename: YTA) will be the first SUV from Maruti’s new model offensive to be launched in India. The new SUV has been spied without camouflage, which has revealed many details about its design.

According to Autocar India, Maruti will be dropping the ‘Vitara’ prefix possibly because it might use this name for its Creta fighter, given that it already offers a larger SUV named the Vitara abroad.

In terms of design, the new Brezza will have a heavily updated front and rear end styling, with Maruti even making a number of sheet-metal changes. Given that the new Brezza will use the same platform as the current model, the bodyshell and doors will remain unchanged. At the rear, the updated compact-SUV will feature a restyled tailgate.

Expect Maruti to step up the new Brezza’s equipment list, with the updated SUV set to get features like a sunroof, a larger touch-screen infotainment system, wireless charger, paddle-shifters (for automatic variants) and even a SIM-based connectivity suite that will add connected features like geofencing, real-time tracking, find your car and intrusion detection. In order to make the new Brezza more upmarket, Maruti will not stop at just improving the features list, but will also look at drastically improving the cabin, and using higher plastic quality used all around the new dashboard and cabin layout.

Powering the new Brezza will be the same 1.5-litre, four-cylinder petrol engine with mild-hybrid tech as in the current model (which develops 105hp and 138Nm). However, the main change will be that Maruti is expected to improve the efficiency levels of the SUV.

With the new Brezza set to get more upmarket treatment, expect prices for the compact-SUV to rise to be in the range of Rs 800,000-12.5 lakh (ex-showroom). This will place the new SUV towards the higher end of the compact-SUV segment  closer to the Kia Sonet and the Hyundai Venue.

Brezza could also get the CNG treatment
What could add more wind in the Brezza sails is that Maruti Suzuki is considering bringing the Brezza into its CNG stable of models. One of the earliest carmakers to introduce CNG-powered cars in India, Maruti Suzuki clocked its highest-ever CNG car sales – 157,954 units – in FY2021 and contributed 12.20% to its total passenger vehicle sales of 12,93,840 units last fiscal. Importantly, this move which has paid off in spades is helping buffer the loss of sales following company exiting the diesel market since April 2020.

Autocar Professional’s data analysis reveals that Maruti Suzuki’s cumulative CNG car sales would have crossed the 600,000 units milestone in October 2021. Having crossed the half-million mark in April 2021, the next 100,000 units have taken barely seven months.

Speaking to Autocar Professional recently, Shashank Srivastava, Executive Director, Sales and Marketing, MSIL, said: “People are no longer worried about loss of power, engine misfiring or the car not being able to climb an incline on CNG. Customers have given us the feedback to get CNG in the Vitara Brezza. Our market research also shows that customers are looking for CNG even in the Swift.” CNG could also power Nexa cars and according to Srivastava, “There is a huge demand and a lot of customers are asking for CNG in the Baleno and Ciaz. We are examining it, and will then decide which all models to offer with CNG.”