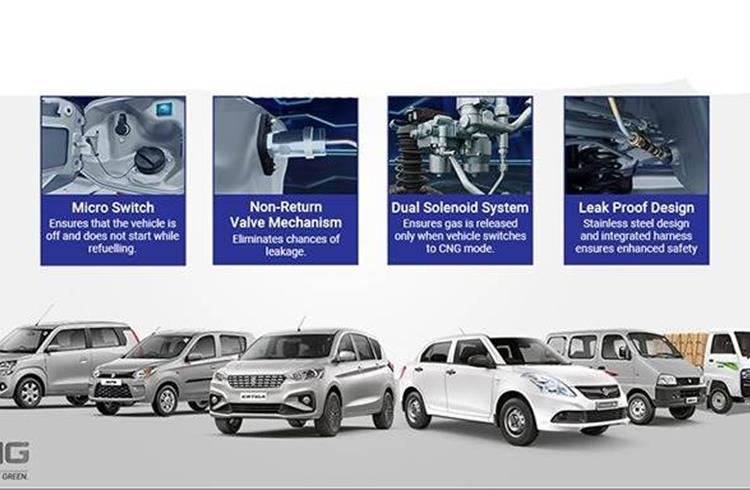 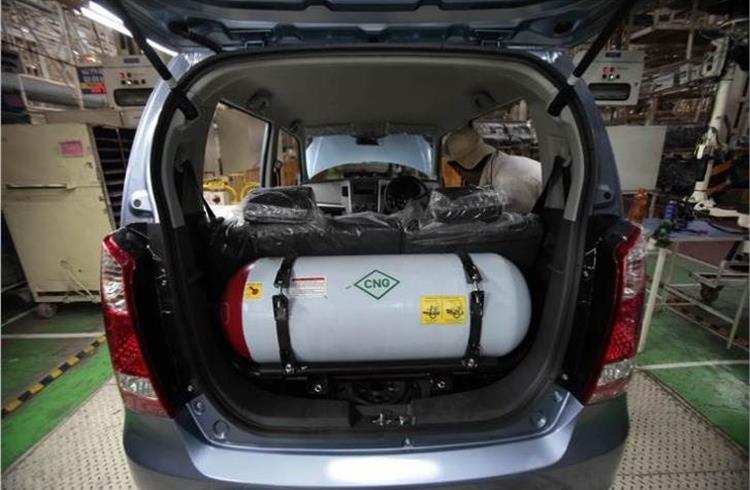 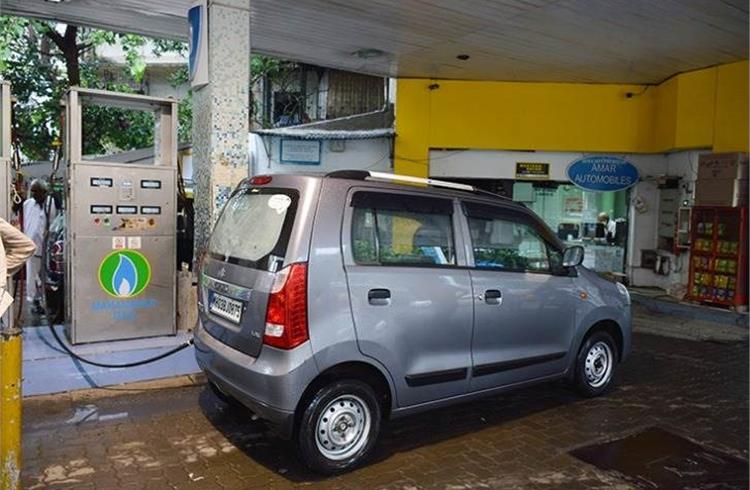 It’s an eco-friendly move which is now paying dividends. Passenger vehicle market leader Maruti Suzuki India, which was amongst the earliest carmakers to introduce CNG-powered cars in India, has announced that it has clocked the highest-ever CNG car sales – 157,954 units – in FY2021. Importantly, it is helping to some extent buffer the loss of sales due to the company diving out of the diesel market since April 2020.

Most of Maruti Suzuki’s CNG sales can be attributed to states like Delhi, Maharashtra, Uttar Pradesh, Haryana and Gujarat, where the CNG infrastructure is well established compared to other parts of the country.

Out of an expansive model portfolio that includes 14 vehicles from the entry-level Alto and S-Presso to the premium XL6 and S-Cross SUVs at the higher end, MSIL offers six cars with bi-fuel petrol-CNG option. The Alto, S-Presso, Celerio, Wagon R, Eeco and Ertiga are the six cars that come equipped with its factory-fitted S-CNG technology.

A look at the company’s CNG car sales above, over the past five years, reveals just how the share of the eco-friendly models has grown, both year on year as well as in total contribution to annual passenger vehicle sales. From 73,907 units in FY2017, when CNG models comprised 5.11% of total PV sales, through to 157,954 in FY2021, where the six-pack portfolio of CNG-powered cars accounted for 12.20% of nearly 1.3 million units, Maruti Suzuki is seeing strong demand coming its way. And over five years, over 500,000 CNG-powered Marutis have been sold across the country.

What’s also helping drive consumers to CNG models is the high price of petrol and diesel. Running costs are also significantly lower compared to either of the fossil fuels as the vehicle inherently gives better fuel economy when driven on CNG. Case in point, Maruti Suzuki claims a fuel-economy of 21.79kpl for the 1.0-litre petrol trim of the Wagon R, while the same engine configuration on CNG delivers up to 32.52km per kilogram of CNG, as claimed by the company.

A few challenges remain though. Refuelling takes longer due to a fewer number of CNG stations and highway driving requires additional planning in terms of trying to take a route with a CNG station. But car buyers with heavy day-to-day usage are finding that it makes wallet sense in choosing the CNG fuel option.

According to Shashank Srivastava, Executive Director (Marketing & Sales), Maruti Suzuki India, “We see CNG as a technology that has set a new benchmark in green fuel mobility. Maruti Suzuki offers its customers the widest options of factory-fitted CNG-powered cars. At the same time, CNG is becoming one of the most preferred alternative fuels due to its economic cost of running and improved CNG filling infrastructure. With the Government’s clear focus on expansion of CNG outlets in the country, we are confident of greater acceptance of factory-fitted CNG vehicles, even in challenging times.”