Launched in March 2016, the game-changing Maruti Vitara Brezza has breezed past 450,000-unit sales, only recently coming under pressure from newer rivals like the Hyundai Venue and Mahindra XUV300. 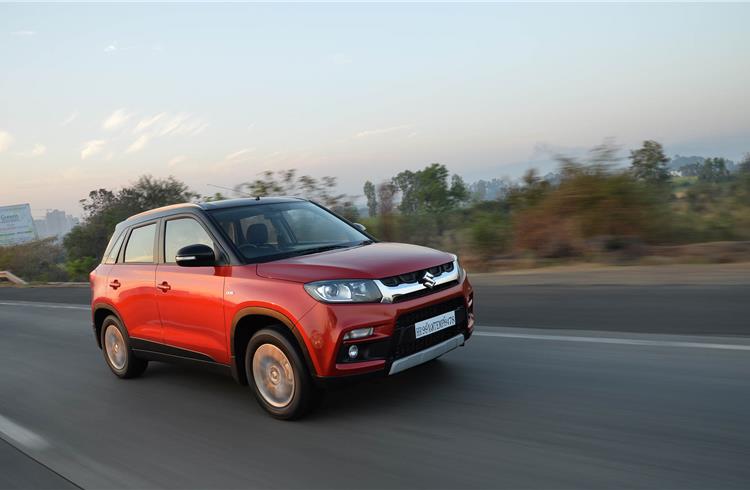 The Maruti Vitara Brezza SUV has driven past the 450,000-unit sales milestone in the domestic passenger vehicle market. Cumulative sales of the game-changing SUV, which was launched on March 8, 2016, now total 455,284 units till end-July 2019, 41 months since launch.

Right since July 2016, the Vitara Brezza has been the leader in the UV market, with the Hyundai Creta a consistent second. From launch itself, it has proved to be a game-changer in the industry and helped Maruti grab market share in the segment, only coming under pressure in the past few months. In October 2018, it clocked its highest-ever monthly sales of 15,082 units. And, last month, in July 2019, it recorded its lowest yet – 5,302 units. Nonetheless, the fact remains that the Vitara Brezza has been instrumental in making Maruti Suzuki India the utility vehicle market leader; at present the company has a 25.46 percent share of the UV market, with Mahindra & Mahindra a close second with 24.75 percent.

Maruti Suzuki working on new petrol-engined Vitara Brezza
The Vitara Brezza had made its world premiere at the 2016 Auto Expo in New Delhi. While the model has been a sales sensation since its launch, it has seen the numbers dwindle in the past few months due to the ongoing market slowdown and also because of newer rivals like the Hyundai Venue and the Mahindra XUV300, both of which are also available with petrol engines.

However, Maruti Suzuki is currently in the final stages of readying a petrol-powered Vitara Brezza for the Indian market. The current-gen Vitara Brezza SUV has been on sale since 2016, with just a single diesel engine option mated to either a 5-speed manual or an AMT gearbox.

Autocar India, which reported a few months ago about Maruti developing a new petrol-powered Vitara Brezza, recently confirmed that the model will see its market launch in February next year, mostly likely at the upcoming Auto Expo 2020. According to sources, the Vitara Brezza SUV is expected to get the BS VI-compliant K15B 1.5-litre petrol engine that made its debut in the Ciaz last year, and is now available in the Ertiga and will also see duty in the upcoming XL6, to be launched later this week. This motor develops 105hp and 138Nm of torque and also comes with Maruti Suzuki's Smart Hybrid system – which comprises an integrated starter generator and dual-battery setup – that will add to fuel savings. Interestingly, the use of the 1.5-litre petrol engine would mean the Brezza won't qualify for the excise duty sops extended to cars under 4m in length and with engine capacities under 1,200cc.

The Vitara Brezza diesel, with the current 1.3-litre unit, will soldier on till the BS VI norm deadline. Maruti Suzuki had announced in April last year that the brand will stop selling diesel-powered cars from April 1, 2020. However, there is a possibility that the recently launched 1.5-litre diesel engine that’s available in some Maruti models could make a comeback in BS VI form a little later.