Significant new model launches from the two manufacturers have enabled a noticeable uptick in their market share, even as the passenger vehicle continues to decline in the absence of a growth catalyst. 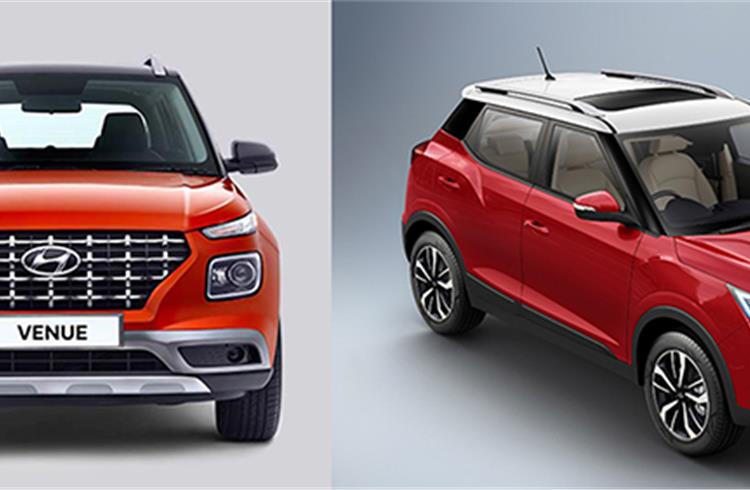 As the Indian automobile sector continues navigating through a tough environment of continuing slowdown, new model launches are becoming the only hope of OEMs to infuse some life into a tepid market.

While the passenger vehicle market is down for the last ten months in a row, recently reporting a 31 percent YoY decline in sales in July with net sales of 200,790 (July 2018: 290,931), it is being observed that even though the overall situation is grim, buyers are being wooed by some of the new market entrants, convincing them to loosen their purses just enough.

Hyundai’s Venue and Mahindra’s XUV300 are the prime examples of this latest trend, where the two newest compact-crossovers on the block have got hold of the consumer interest in a very short span, clearly hinting at the pent-up demand in the market, which is being marred by several factors such as that of policy instability regarding ICE-powered cars and a liquidity meltdown.

As a result, while even the country’s top carmaker has registered a slump in its PV market share with a 2 basis point reduction, arch rival Hyundai Motor India has gained 2.61 basis points in the first four months of the current fiscal.

Maruti Suzuki India registered overall sales of 459,895 PVs between April and July (April-July 2018: 611,394), which saw its market hold reduce from 52.51 percent to 50.35 percent. While Maruti’s rival from Korea, Hyundai Motor India also didn’t fare any better in terms of recording a negative growth in overall sales, selling 165,524 units between April and July and declining 8.34 percent (April-July: 180,595), it was still able to post a noticeable uptick in its market share from 15.51 percent to 18.12 percent.

One OEM’s loss is another’s gain, which means Hyundai Motor India has eaten into Maruti’s market share as a result of surging demand for the recently launched Hyundai Venue compact SUV. The Venue, launched squarely against Maruti’s Vitara Brezza on May 21, has sold over 18,000 units so far, and has emerged as a strong contender to a segment leader, which is slowly losing its sheen due to age and also due to lack of petrol powertrain options in uncertain times when lawmakers are coming hard on diesel vehicles. In fact, the Venue seems to be all set to dethrone the longstanding No. 1 UV, the Maruti Vitara Brezza.

While Honda Cars India too has lost its market share from 5.37 percent to 4.74 percent with sales of 43,278 units during the four-month period (April-July 2018: 62,579), Mahindra & Mahindra has reported a significant rise in its market hold. The home-grown manufacturer sold 76,229 units between April and July (2018: 80,278), down 5 percent YoY but saw its market share grow from 6.89 percent to 8.35 percent. Growing demand for the Ssangyong Tivoli-based XUV300 could be a reason for M&M weathering the storm, what with the compact SUV consistently gaining buyer interest since its launch in February.

The newest OEM entrant – MG Motor India – also began its domestic market innings on an optimistic note by holding a 0.17 percent share of the PV market with its Hector SUV generating 1,508 unit sales, due to its exhaustive feature list and a tough-to-refuse price tag. MG Motor India currently has over 26,000 bookings for the Hector.

Like Maruti, Tata Motors has also been one of the biggest losers in this phase of downturn, with the company selling 52,703 units in this fiscal till July, (2018: 78,379), a performance which has seen its market share fall from 6.73 percent to 5.77 percent. Japanese major Toyota Kirloskar Motor, however, was able to keep a check on its market hold where the carmaker sold 43,276 units (2018: 52,915) and did not tumble, but only slightly improved its market share from 4.54 percent to 4.74 percent.

The Indian PV market, with total sales of 200,790 units in July (-30.98%) and 913,410 units in April-July 2019 (-21.56%) is witnessing a downturn like never before. OEMs are fervently looking forward to the festive season which begins in September to bring some good news. But before that there's August.

It's an August month for new model launches
The PV market has been down and out but the second half of August, more specifically the third week, is set to see a gaggle of new model launches. One of the models on the list even marks the India debut for its manufacturer.

The action starts on August 20 when Hyundai will launch the all-new Grand i10 Nios in India. The next day will see Maruti Suzuki India officially take the covers off the Maruti Suzuki XL6, a crossover based on the Maruti Suzuki Ertiga MPV. August 22 is also when the seventh generation of the BMW 3 Series is going to be launched in the Indian market. The big and much-awaited launch will be the Kia Seltos on August 22. Meanwhile, Renault India is all set to launch its new sub-four-metre seven-seater christened Triber in the second half of August, believed to be the 28th. 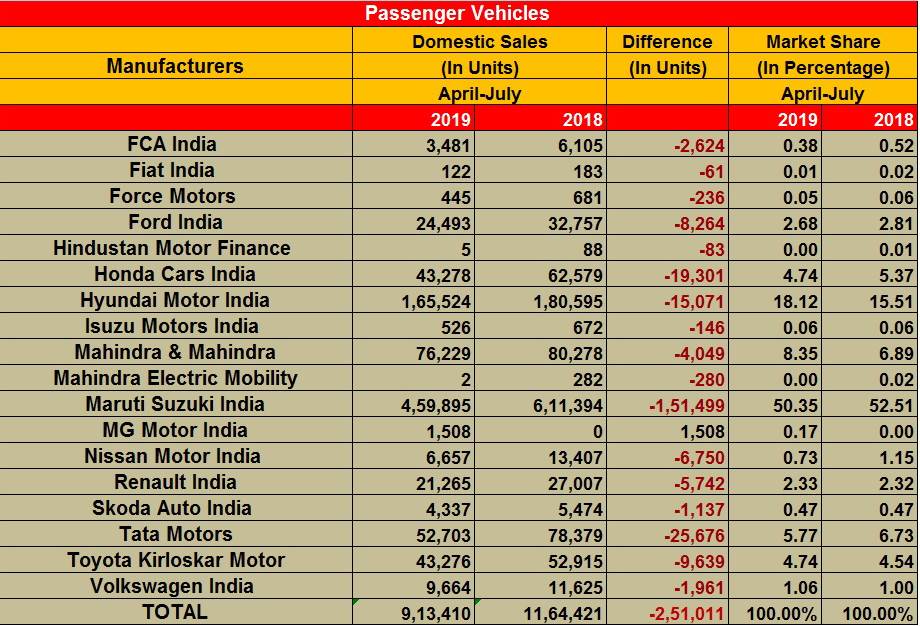