With shipments of 32,041 units in April-September 2020, Hyundai Motor India breasts ahead of a hard-charging Maruti Suzuki which has gone past  Ford India, the No. 2 PV exporter in FY2020. 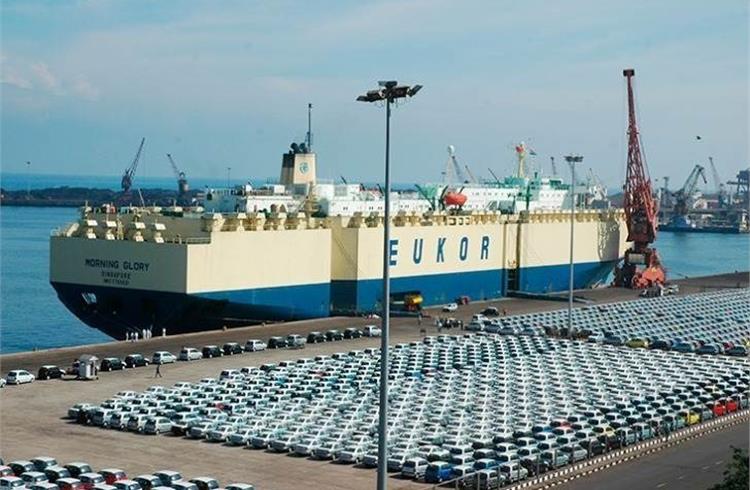 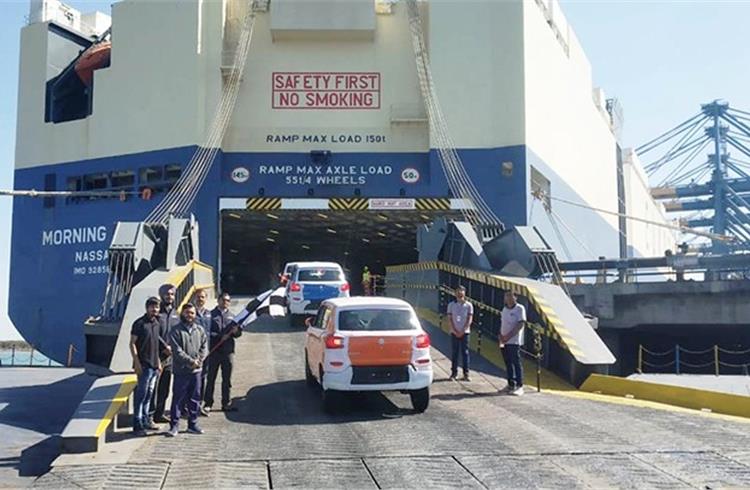 Maruti Suzuki, with 31,549 units, is just 492 units behind PV export leader Hyundai. The company is seeing good demand for its S-Presso, whose shipments first began in January 2020. 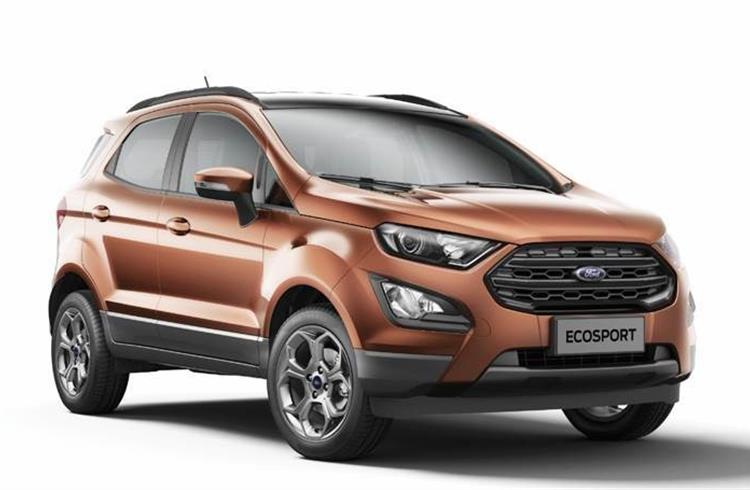 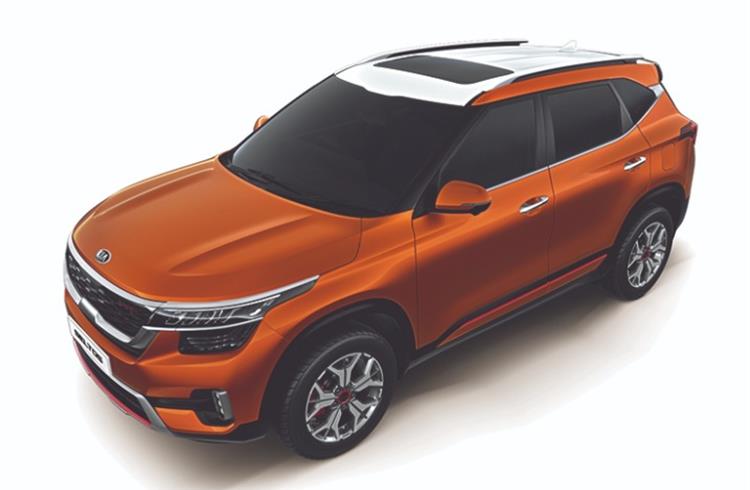 Demand for Kia Motors India's Seltos is growing. With 16,568 units shipped globally, it is the second-most exported PV model in April-September 2021.

Six months later, Hyundai is still in the lead, albeit a minuscule one, but not over Ford India. The No.2 PV exporter in the April-September 2020 period or first-half FY2021 is Maruti Suzuki India, having relegated the American carmaker to third place.

Volkswagen India retains its sixth position it had in FY2020 in H1 FY2021 with total exports of 15,492 units, followed by Nissan Motor India which has 7,176 units to its name  but has slipped from fourth place in FY2020 to seventh in the April-September 2020 period.

Ford EcoSport remains most exported model, Kia Seltos is No. 2
Although Ford India has slipped from No. 2 to third position, it has not lost its numero uno status when it comes to the most exported passenger vehicle model. In FY2020, the EcoSport with 88,429 units (-3.40%) was the mainstay of Ford India’s exports, accounting for 67.25% of its total PV exports. In H1 FY2021, with 21,414 units, the EcoSport is well ahead of the new No. 2 – Kia Motors India's midsized SUV, the Seltos which saw sales of 16,568 units.  Kia also exported 38 units of the recently-launched Sonet compact SUV. The Korean carmaker is bullish on exports of the Sonet and is  targeting 50,000 units in its first year. 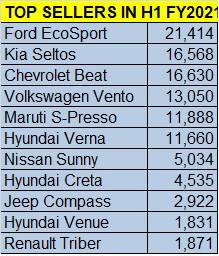 The surging demand for SUVs worldwide is indicative in the Top 10 exported model table listed above. Seven of these models are all SUVs.

Global impact of Covid-19
Look at the table below and Covid-19’s disruptive impact on the export performance of nearly all 17 PV OEMs can easily be gleaned. Total PV exports of 155,156 units in the April-September 2020 period are down 57% year on year (April-September 2019: 365,282 units / 4.38%). The global disruption in the global automotive supply chain, manufacturing operations and sales, from April through to June, meant that export demand slackened considerably.

The pandemic-induced lack of demand from overseas markets has hit the top three exporters, who together account for 58% of total exports in H1 FY2021, but see their numbers down from between 40-70% YoY.

However, as September 2020 export numbers (39,146 units / -36%) reveal, the month-on-month rate of decline is slowing, which would be heartening news for OEMs in India, who are currently engaged in ensuring their dealerships across the country are well stocked to cater to demand in the upcoming festive season. 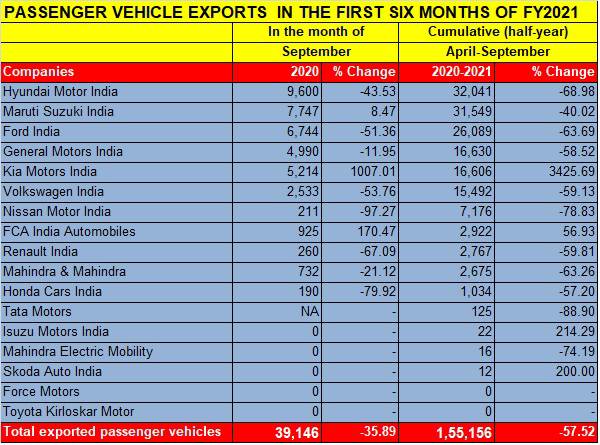