Ford India, which became the No. 1 passenger vehicle exporter in FY2018 by unseating Hyundai, has managed to keep its crown by a whisker. 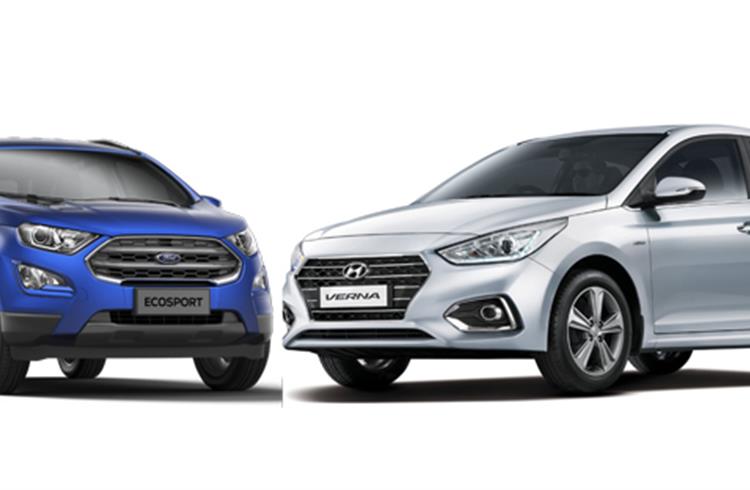 Ford India has hung on to its title as India’s leading passenger vehicle exporter in FY2019 by a mere 696 units. It may be recollected that the American carmaker took the crown from the longstanding export leader Hyundai Motor India in FY2018. At halfway stage in FY2019, Hyundai had led Ford India by a significant margin but clearly the pitched battle between the two carmakers to ship their made-in-India cars to overseas markets will continue in FY2020.

Ford India’s exports are fuelled majorly by its Ka / Ka+ hatchbacks, Aspire sedan (made in the Chennai plant) and the popular global best-seller, the EcoSport compact crossover (made at the Sanand plant), all going to over 50 countries across Europe, Middle-East, Sub-Saharan Africa, Asia, and to emerging markets in North America as well as in Australia .

The updated EcoSport has been its best-seller with 91,546 units exported (FY2018: 90,599), albeit marking tepid growth of 1.04 percent. Importantly, it is the mainstay of Ford India’s exports, accountinf for 56 percent of total PV exports in FY2019.

For Hyundai Motor India, the new Verna has been a strong driver for its exports. In FY2019, a total of 40,279 Vernas were despatched abroad, compared to 14,769 units in FY2018, a massive 172 percent YoY increase and accounting for 25 percent of total exports.

GM India, which remains solely an export player with manufacturing from the Talegaon plant, exported a total of 77,330 Beat hatchbacks, down 6.99 percent YoY. What led to this negative growth is the slowing demand for the Beat hatchback which is exported to Latin American countries. At 77,330 units, the Beat exports are down 7 percent YoY.

Tata Motors, which is having a great run in the domestic market, exported a total of 2,650 units, up 2.44 percent YoY.

In the overall PV export scenario, FY2019 has been a forgettable year but it's also been one beset with a whole lot of challenges for the automotive industry. The domestic market too saw tepid growth with overall industry sales of 26,267,783 units (+4.86%) with the PV market contributing 3,377,436 units (+2.70%). 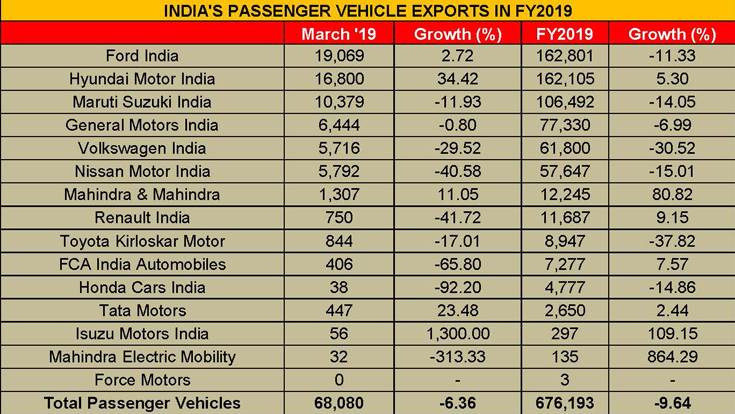 What aggravated the situation further in FY2019, according to apex body SIAM, has been the challenging environment of tough trade barriers, as well as country policies favouring CKD assembly over CBU imports.