2022, which has been a record year of sales for India Auto Inc across vehicle segments, also saw demand for electric vehicles soar to 999,949 units. Growing eco-consciousness among buyers, incentives and wider product choice will be the drivers of the future EV growth story. 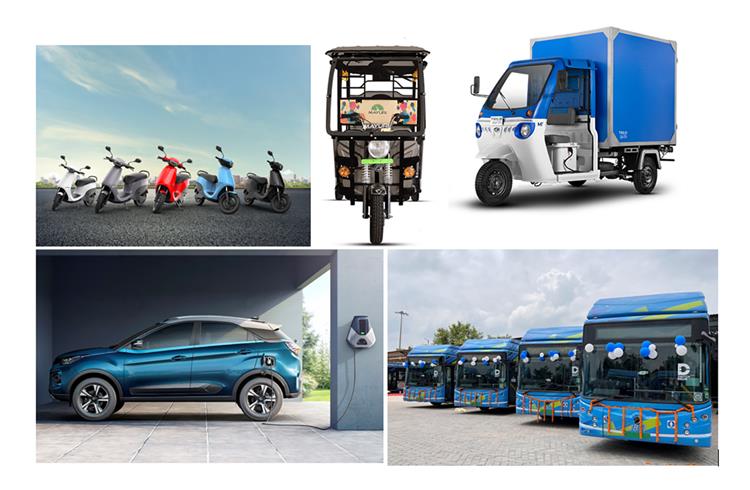 It's a robust growth story which can only get better. With cumulative sales of 999,949 units in calendar year 2022, India Auto Inc missed hitting the million-units milestone as per official data by a whisker – just 51 units. But that's not the full story.

This big number is as per retail data on the government of India’s Vahan portal on the evening of December 31 at 10pm, a couple of hours before the year turned into 2023. It’s likely that with a few new vehicle registrations, specific to CY2022, added to the overall tally a few days later due to the lag effect, the million EVs milestone could just have been surpassed.

Furthermore, it is also a fact that, as a reader pointed out, the Vahan portal data does not include the state of Telangana and sales data from the armed forces. Thus, given this real-world scenario, technically the overall cumulative sale of EVs across vehicle segments in CY2022 would have crossed the one-million mark in CY2022 in India, for the first time.

The electric vehicle (EV) industry has had a sterling year of growth. The 999,949 EVs sold in CY2022 constitute a notable 210% year-on-year increase on 2021’s 322,871 units. Most of the growth is thanks to the two- and three-wheeler segments, both popularly billed as the ‘low-hanging fruits’ of the EV industry. Given that they are more affordable compared to electric passenger vehicles or commercial vehicle segments, understandably they are the biggest contributors to EV sales. 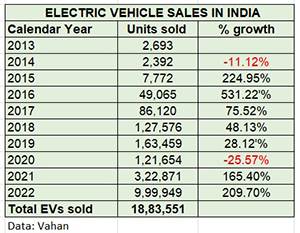 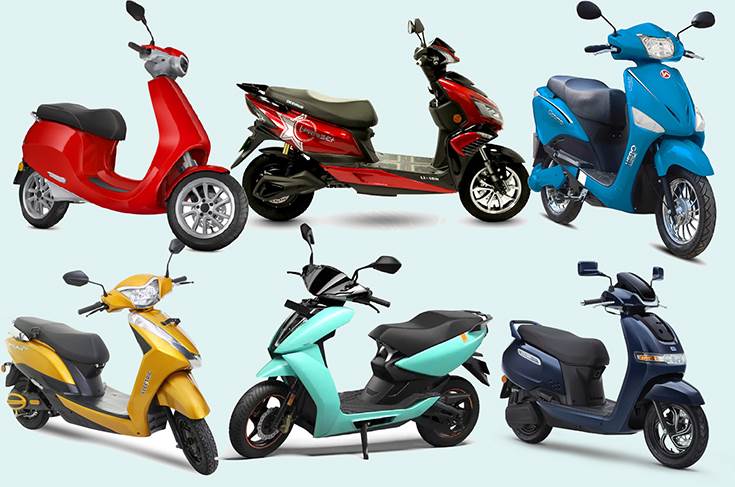 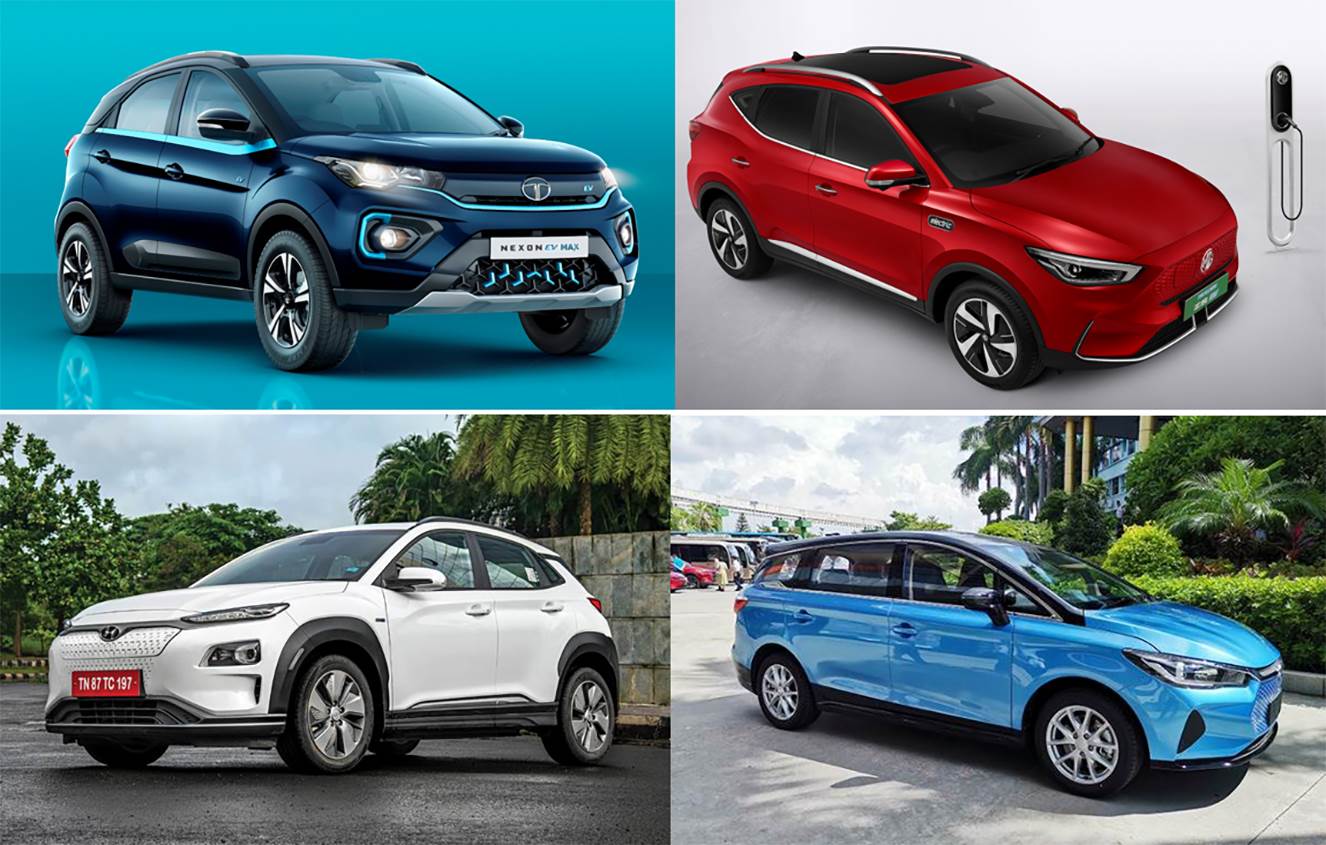 Tata Motors, the company with the biggest EV portfolio, has clocked 30,284 units and commands an 80% market share. MG Motor India, with 3,390 units, has a 9% market share.

A deep dive into 10-year EV retail sales data reveals just how the once-nascent industry has grown and shows huge potential. The comprehensive data table below details the decadal growth from a

India is targeting EVs to account for 30% of its mobility requirements by 2030, driven by the FAME scheme, state subsidies and a larger portfolio of products across vehicle segments.
The domestic EV industry’s sales growth in 2022 can be attributed to an increase in the availability of products in the market, high petrol, diesel and CNG prices, state subsidies and sops offered under FAME II. It also helps that there is growing consumer awareness about the need to use eco-friendly transport. And, of course, the wallet-friendly nature of EV cost of ownership over the long run is a big catalyst.

Given the pace of growth, the EV industry can be expected to notch consistent, if not rapid, progress in the new year. Some challenges remain in the form of inadequate charging infrastructure and high initial EV prices, which is directly related to the battery cost. Nevertheless, with OEMs’ sharpened focus on localisation with a view to reduce costs and enhance affordability, and battery prices expected to reduce gradually, there is a belief that things can only get better for this form of eco-friendly mobility.

Stay plugged into this exciting industry segment in the new year as we bring you the very latest updates and incisive analyses.