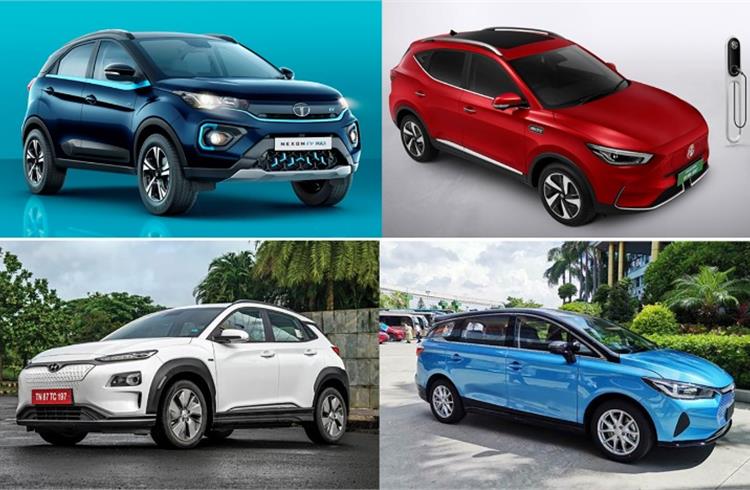 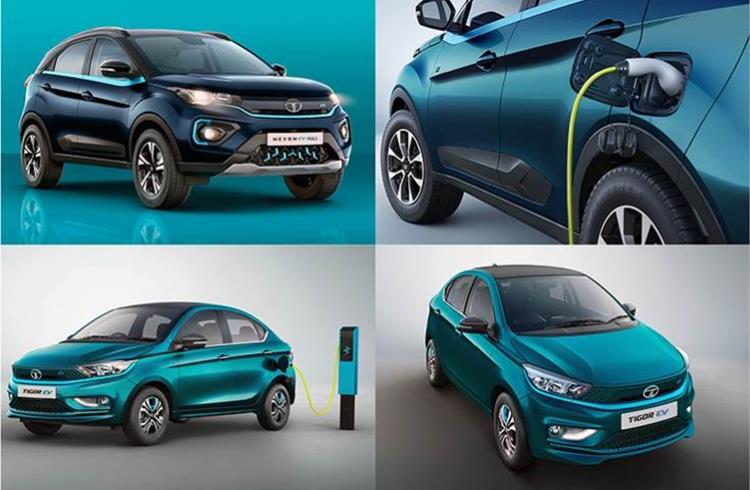 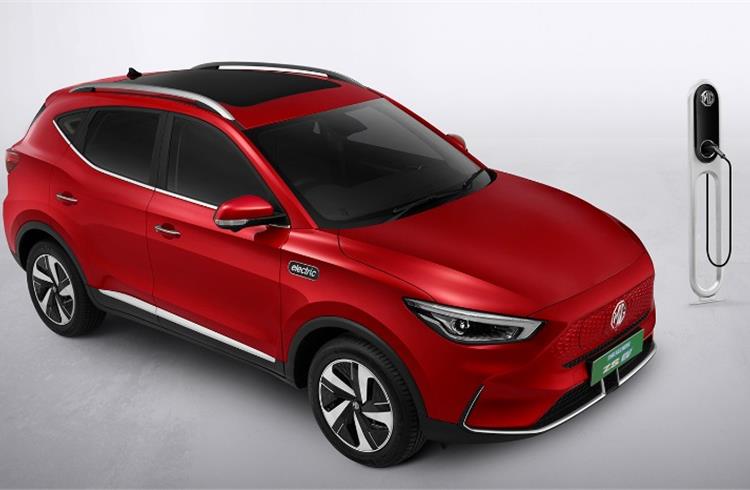 MG Motor India, which has retailed 2,671 units of the ZS EV, has increased its ePV market share to 10% in April-November from the 8.32% it had in April-September. 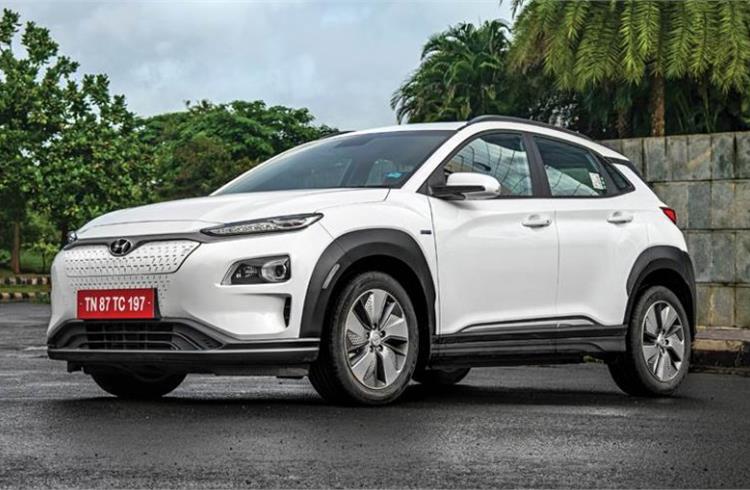 With sales of 468 Konas, Hyundai Motor India is the No. 3 in the EV OEM rankings.

The mega trend of electric mobility has enveloped the news stream, be it about two-, four or more wheels on electric charge. Not a day goes by without news of new electric vehicles being either launched or development plans announced, setting up of new manufacturing plants for products or e-powertrain, EV technology advances and, of course, the rising EV sales numbers. And the news is emanating from India and globally, particularly BEV-friendly Europe where sales rose by 15% to 119,600 units from January to October.

While demand for two-wheelers is returning with a 22% increase to 11.2 million units and three-wheelers have recorded 98% growth to nearly 300,000 units, most of the sustained good news is from the passenger vehicle (PV) segment which is maintaining its speed run with 37% YoY growth and 2.5 million units with utility vehicles maintaining a strong 50% market share. Amidst these big numbers is the growing contribution of electric vehicles.

Electric car sales go charging past FY2022 total
When the November 2022 electric PV (ePV) retail numbers, as released by FADA, are added to the fiscal year to date, cumulative numbers reveal that the 25,000-unit sales mark has been surpassed in the first eight months of FY2023 (see data table below). The April-November 2022 total is 25,771 units, which translates into monthly sales of 3,221 units or 107 electric cars sold every day.

The retail sales data reveals sustained month-on-month growth (see data table above). From the 2,161 units in April through to the 3,884 units in November – the highest monthly ePV sales yet – there is steady growth. This is thanks to new products entering the market, easing of supply chain issues and growing consumer recognition of the benefits of EVs, on their wallets and to the environment per se.

Tata Motors’ commanding 84% market share
With 21,569 units, market leader Tata Motors, which has two EVs on sale – Nexon EV, Tigor EV and Xpres-T (for fleet buyers) – has a commanding 84% share of the ePV market in India. However, this is marginally down on the 85.53% share it had in H1 FY2023 with 15,518 units out of overall 18,142 units. This trend can be out down to the expanding market and new products from other OEMs.

Tata, which is gunning for overall PV sales of 500,000 units this fiscal, is targeting EVs to have 10 percent of that – at present, it is 28,431 units shy of that 50,000-units target with four months to go for FY2023 to come to a close. The recently launched Tiago EV, India’s first sub-Rs 10 lakh electric car, could provide the charge from January 2023, when deliveries are slated to begin.

The carmaker is also making strong gains from sales to fleet operators with its XPres-T sedan. In April, it inked a deal with Lithium Urban Technologies for 5,000 units, in June with BluSmart Electric Mobility for 10,000 units, followed by 1,000 e-sedans for the Kolkata market with EC Wheels India in July. On October 19, Tata signed a supply agreement with Evera, the EV-only ride hailing platform in the Delhi-NCR region, for delivery of 2,000 XPres-Ts. And on December 14, fleet operator Everest Fleet, which is looking to shift from CNG cars to EVs, confirmed a supply order for 5,000 XPres T EVs. Do the math – it works out to supply-order bookings for 23,000 Tata XPres T sedans over the past eight months.

MG Motor India, which has retailed 2,671 units of the ZS EV, has increased its ePV market share to 10% in April-November from the 8.32% it had in April-September.

MG Motor India increases EV share to 10%
MG Motor India, with its premium ZS EV, is the No. 2 EV OEM in the rankings chart with cumulative retails of 2,671 units. Having sold 727 units in the first quarter of FY2023, Q2 sales of 827 units were a 19% increase. However, Q3 FY2023 sales (with December yet to close) will beat them because the carmaker has posted its best-ever monthly ePV sales for two straight months – 446 units in October and 634 units in November.

This strong performance gives MG Motor India a 10% ePV retail market share, up from the 8.32% market share in H1 FY2023. Very creditable, given that the company has only a single EV – the ZS EV – on sale versus Tata’s three including the XPres-T fleet model.

MG Motor India is seeing considerable demand for ZS EV, simply because the skyrocketing fuel prices are pushing multi-car households to switch to at least one EV in their garage. Moreover, the ZS EV in its facelifted avatar introduced in March this year, offers 42km more range than before, taking the ICAT-certified number to 461km from its 50.3kWh lithium-ion battery pack, that too has grown 13 percent larger in size. With a smart uptick in the adoption of EVs in the market especially after Covid, the company is now focusing to tap volumes by entering the more affordable segment. Work is underway to introduce a compact two-door EV, based on the Wuling Air EV, next year, in the Rs 10-15 lakh price range.

With sales of 468 Konas, Hyundai Motor India is the No. 3 in the EV OEM rankings.

Hyundai Motor India is third-placed in the ePV retail rankings with cumulative sales of 468 units. While the Kona, Hyundai’s sole EV, may not appeal to those who prefer SUVs to look rugged, it comes with green credentials that are the envy of most cars. As per Autocar India, the Kona can go up to 300km on a single charge and takes just 57 minutes for a full charge using a DC fast-charger. Sibling Kia India has recently entered the EV market and has retailed 116 of its EV6 model, brought in as a CBU from Korea.

Meanwhile, BYD India, the local arm of the Chinese EV major, has chalked up retails of 352 units in the past eight months, giving it No. 4 position in the ePV OEM table. The company, which currently the e6 MPV which accounts for all sales till date, launched the Atto 3 eSUV on October 11 this year. Deliveries for the BYD Atto 3 EV SUV are expected to start early next year.

Luxury EVs sell over 350 units in April-November
Luxury EVs are where the latest technology, top-notch performance as well as oomph blend in one seamless package. In India, six OEMs – Mercedes-Benz, BMW, Audi, Porsche, Jaguar Land Rover and Volvo – have EVs as part of the growing portfolio and have collectively retailed a total of 350 units.

BMW India, with its iX and i4, leads the pack with 112 units, followed by Mercedes-Benz India which sells the EQB, EQC and EQS and has sold 98 EVs in the April-November 2022 period. Audi India has 74 units to its credit, from its portfolio of the e-tron, e-tron GT, RS e-tron GT and e-tron Sportback.

Porsche India is the No. 4 luxury OEM here with retail sales of 48 Taycans. It is followed by Jaguar Land Rover India with 11 units of the Jaguar iPace, and Volvo India with seven units of the XC40 Recharge. Mainly brought as CBUs to India as a halo product, these cars essay the latest in EV technology the world has to offer.

Growth outlook: record-breaking year in FY2023
Considering that ePV retails in April-November 2022 have already surpassed combined sales of FY2022 and FY2021, FY2023 is set to raise the benchmark. At this stage of the fiscal, with four months left to go, 40,000 units is achievable. Demand might further accelerate if the upcoming Union Budget offers some more benefits to EVs across segments.

Given the pace of growth – monthly ePV sales have jumped by 80% from April 2022 (2,161 units) to November 2022 (3,884 units) – the EV industry can be expected to notch consistent, if not rapid, progress in remaining four months of FY2023. There continues to be a gradual shift of ICE buyers to electric cars, in the face of high petrol and diesel prices as well as the marked increase in CNG price, which was on November 5, hiked for the eighth time this year. At Rs 89.50 per kg in Mumbai, and 81% up over 21 months, CNG is the costliest it has ever been.

Some challenges remain in the form of inadequate charging infrastructure and high initial EV prices, which is directly related to the battery cost. With OEMs’ sharpened focus on localisation with a view to reduce costs and enhance affordability, and battery prices expected to reduce gradually, there is a belief that things can only get better for this four-wheeled form of eco-friendly mobility.