December retails for the EV OEM, which is seeing strong demand even in Tier 2 and 3 markets in India, grew 26% over November. 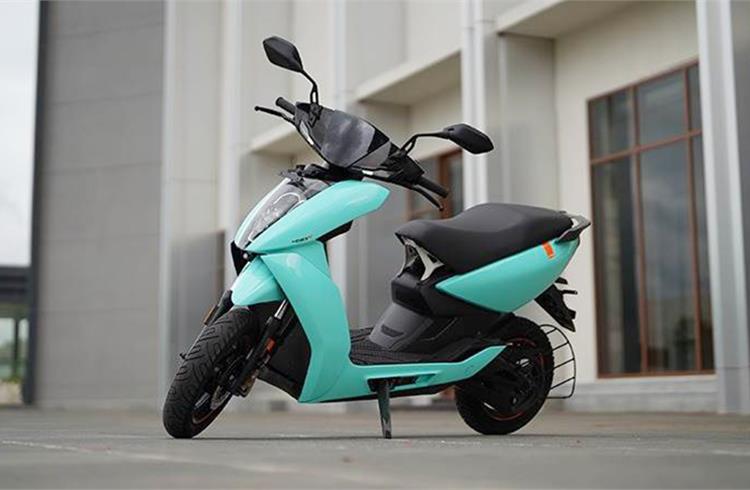 Smart electric scooter manufacturer Ather Energy has recorded its best-ever monthly sales in December 2022. Last month’s 9,187 units, which are a 389% year-on-year growth albeit on a low base, betters the company's previous monthly best of 8,213 units in October 2022.

Cumulative 12-month wholesales in calendar year 2022 for Ather Energy are 59,123 units. The Bangalore-based EV OEM continues to witness strong month-on-month growth since August 2022 (see CY2022 sales table below) and has reported strong consumer demand in markets like Kerala, Maharashtra and Karnataka. On October 23, Ather delivered 250 units of the Ather 450X in Bengaluru on Diwali. 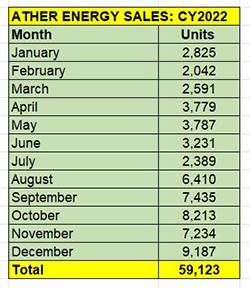 December's 9,187 units is the best monthly number for Ather as yet.

Aggressive network expansion underway
Ather is also benefitting from its speedy network expansion programme. The EV OEM, which has outlined plans to expand from 56 outlets in 50 cities at present to 120 showrooms in 95 cities by end-FY2023, inaugurated all of 14 Experience Centres across cities including Nellore, Karimnagar, Udupi, Noida, Kottayam and Shimoga.

Commenting on the company’s market performance, Ravneet Singh Phokela, Chief Business Officer, Ather Energy, said: "We exit the year with strong sales momentum. Despite an industry dip of almost 40% in two-wheeler sales (including ICE two-wheelers), our December retails grew by 26% over November. Importantly, Tier 2 and 3 markets continue to show strong adoption rates, which augurs extremely well for EV adoption across the country. We continued expanding our retail footprint, adding 14 new outlets and are now present in 70 cities with 89 Experience Centres. With the year turning, continued industry momentum, and some exciting news lined up for us in January, we expect it to be a bumper month for Ather.”

It is likely that Ather Energy, which currently has two models in its line-up – the 450 Plus and 450X – will launch a brand-new electric scooter or a more cost-efficient version of its 450X on January 7. 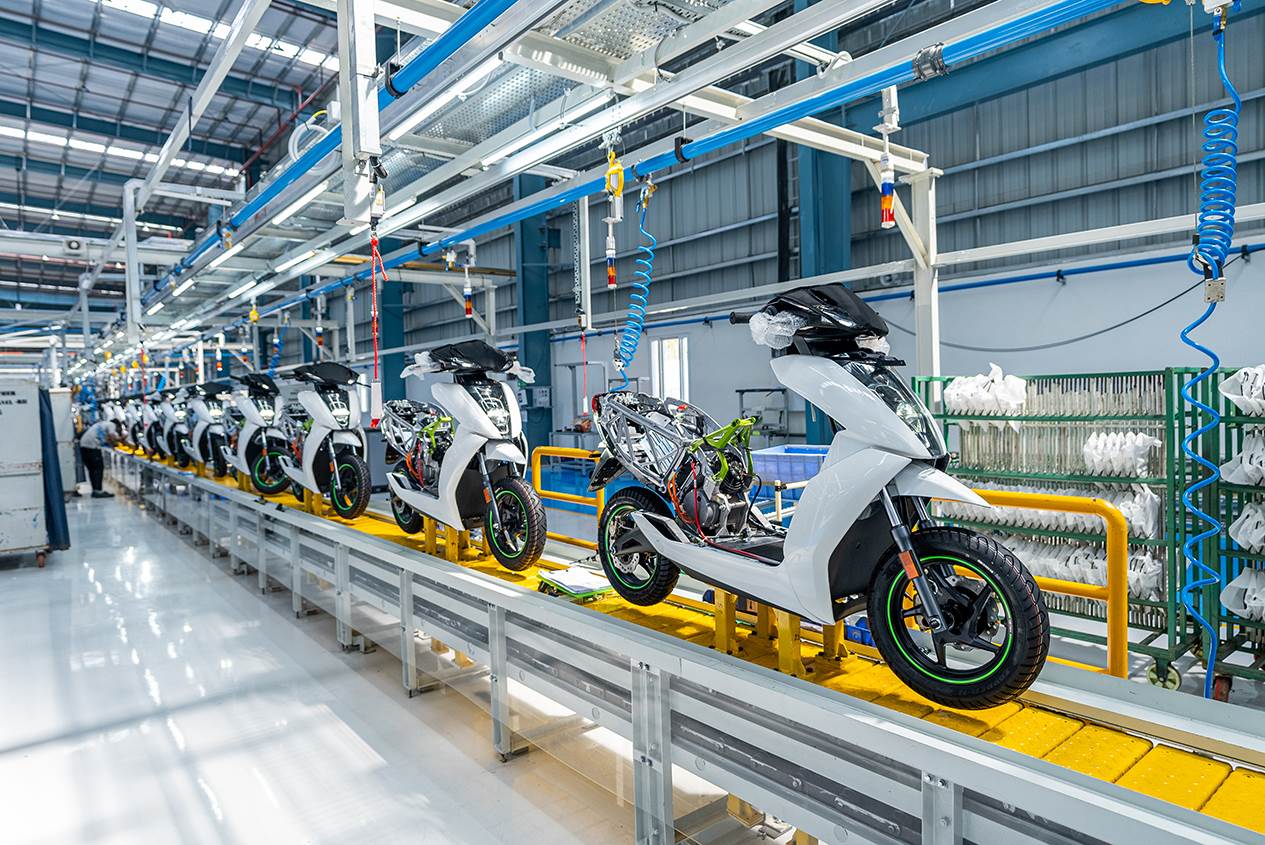 Future-ready with new manufacturing plant
What is helping Ather achieve better numbers is the improved supplies to its showrooms across the country. The company has become future-ready in the sense that with the going on stream of its second manufacturing plant at Hosur in Tamil Nadu in end-November, the company has expanded capacity by 250% to 420,000 units per annum. The new plant, which employs 1,600 personnel, is twice the size of the first plant and has two vehicle and three battery lines. Increased automation levels mean assembly times are down by 20 percent.