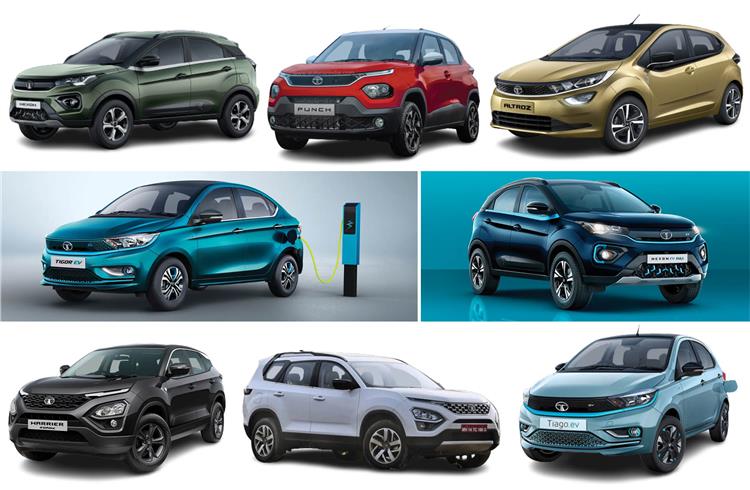 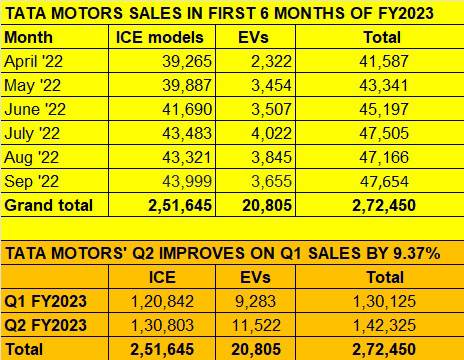 The game-changing Nexon compact SUV, which took over as India’s best-selling SUV in FY2022 and maintains this position, along with the Punch SUV, Tiago and Altroz hatchbacks are powering Tata sales. These four models, three of them with five-star Global NCAP crash test rating and one with four stars, also reflect the Indian car buyer’s growing consciousness towards safer vehicles. The other models – Tigor, Safari and Harrier – continue to see sustained buying.

The EV advantage
What makes the overall half-a-million units target easier for Tata Motors is its EV portfolio and a segment where it holds a sizeable market advantage over its PV rivals. Of Tata’s total 272,450 PVs sold in first-half FY2023, EVs account for 20,805 units (up 370% YoY) or 7.63% of Target 2. 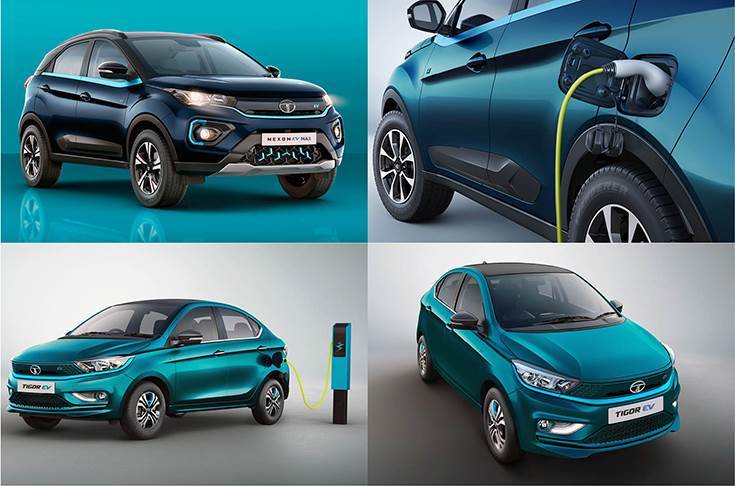 Tiago EV as sales accelerator
The recently revealed Tiago EV, Tata Motors’ first electric hatchback and India’s first sub-Rs 10 lakh four-wheeled EV at Rs 849,000, will play a critical role in the company achieving its FY2023 targets. While the current sales momentum and consumer demand for the existing EV portfolio – the Nexon EV, Tigor EV and the fleet-only XPres-T EV – can be expected to continue, the Tiago EV, now billed as India’s most affordable EV, will bring in the additional numbers. Bookings are slated to open on October 10 and deliveries will commence in January 2023. 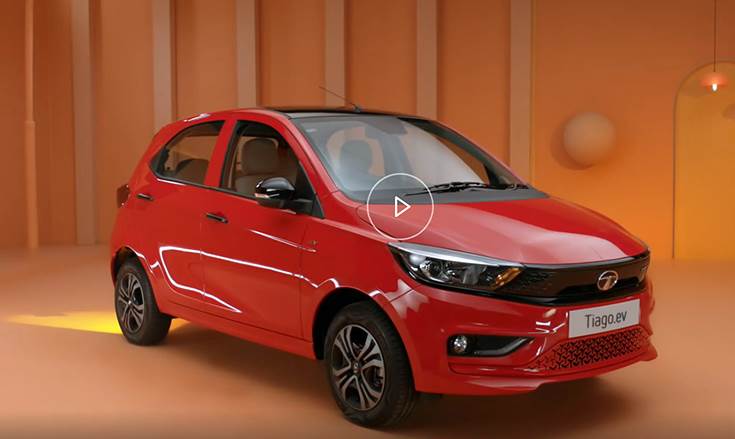 Not only is the sub-Rs 10 lakh pricing a psychological advantage with consumers (and a deterrent for rivals) but the pricing range of Rs 849,000 through to Rs 11.79 lakh (ex-showroom) for its four variants – XE, XT, XZ+, XZ+ Tech Lux – is similar to some popular ICE hatchbacks like the Maruti Suzuki Swift, Baleno, Hyundai Grand i10 Nios, i20 and Tata's own products the Tiago and Altroz.

Thus, the Tiago EV could take away some ICE share. Furthermore, given the October 3 CNG price hike of Rs 6 per kg, which takes the price of CNG to Rs 86 per kg in Mumbai, as a result of the steep 40% hike in natural gas prices, this latest Tata model could also eat into CNG car sales of other OEMs.

There’s also the low total-cost-of-ownership (TCO) mantra that Tata Motors is banking on. With the company claiming that the Tiago EV offers around Rs 6,400 savings versus a petrol car over 1,000km, it can be expected that the eco-friendly hatchback will prove to be a big draw with its 24 kWh and 19.2 kWh battery packs that offer MIDC range of 315km and 250km respectively.

There’s another advantage too – the Tiago EV comes with 45 connected car features, a level which can be associated with some high-end hatchbacks and could prove be a draw with buyers.

The festive season is underway and the PV industry is firing on all cylinders. Proof of that is the wholesales of 355,906 units in September 2022, the best-ever monthly PV numbers ever. Given the current sales momentum, FY2023 could see record sales of 3.5 million sales or more in FY2023. Tata, with its half-a-million target, will account for 14-odd percent of that. And that means getting closer in numbers to India’s No. 2 PV player.

ALSO READ
At 355,000 units, September best month ever for carmakers in India