Mid-speed e-scooter will be followed by ground-up, India-specific EV currently under development. 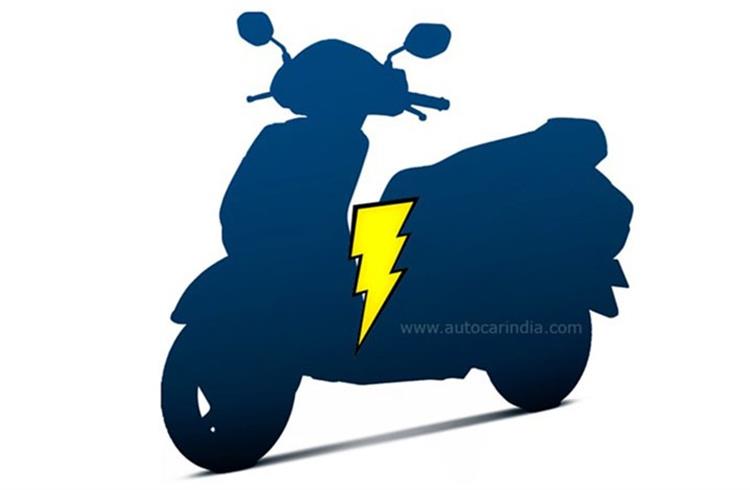 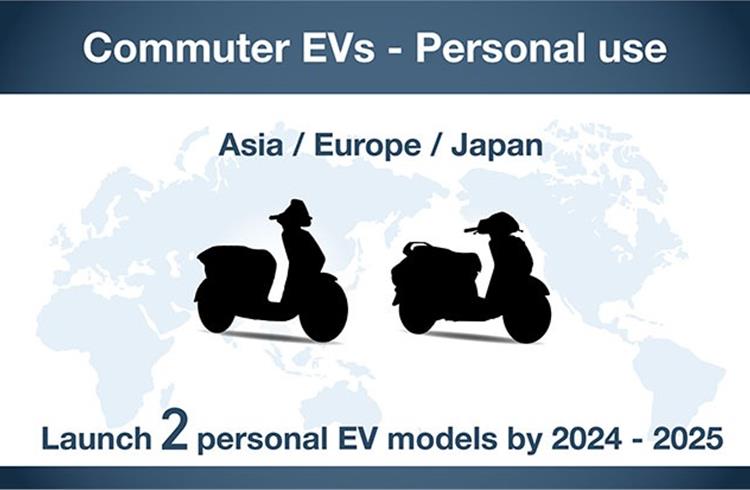 The two e-scooters for India, one on the existing Activa platform and the other a ground-up product, are part of Honda's 10-strong EV strategy by 2025. 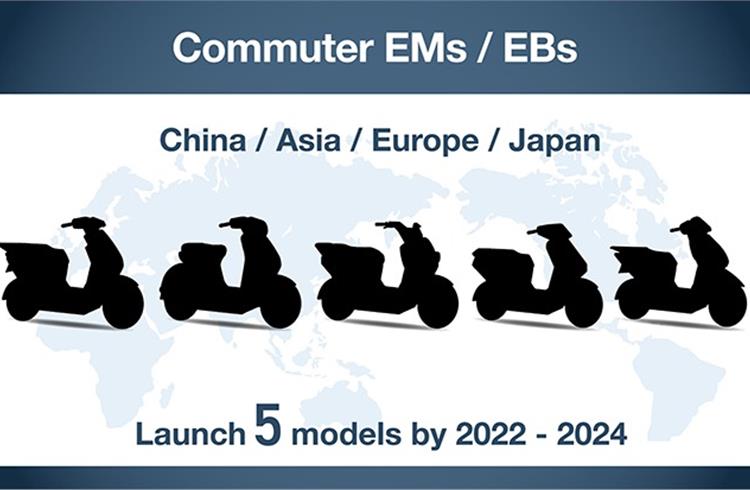 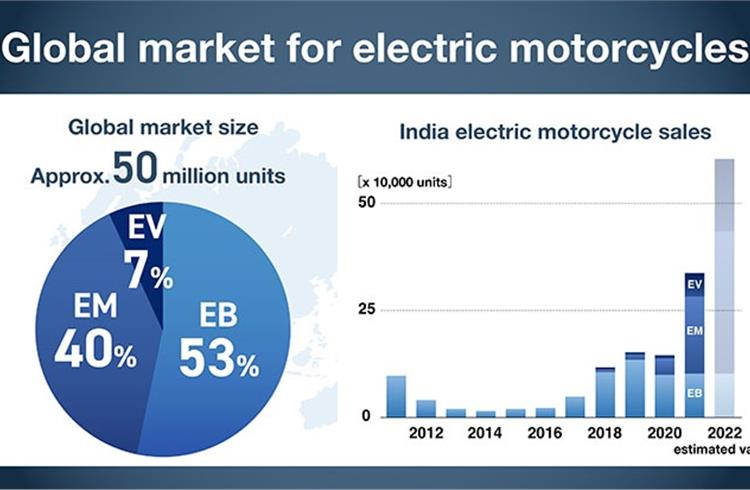 Everything official about it now. Honda Motorcycle & Scooter India (HMSI) is to introduce its first electric scooter by March 2024. This information was provided by HMSI President, Managing Director and CEO, Atsushi Ogata, at a press conference in New Delhi today.

According to Ogata, “We are locally developing our electric two-wheelers in close coordination with Honda's teams in Japan. We aim to be ready with the first scooter around the same time next year, definitely within FY23-24.”

The first of Honda's all-electric products is likely to be introduced around March 2024 and is going to be based on an existing platform, most likely the Activa, which could see a transplanted e-powertrain replacing the IC engine.

Furthermore, as per Autocar India, Honda could also bring its Benly e: which has recently gone into production in Thailand and has been spotted testing in India. The first Honda EV for India will be a mid-speed scooter having a fixed-battery setup and offering a maximum speed of 50kph, Ogata revealed. The scooter could see B2B applications. But there’s more in the future EV pipeline for Honda in India. 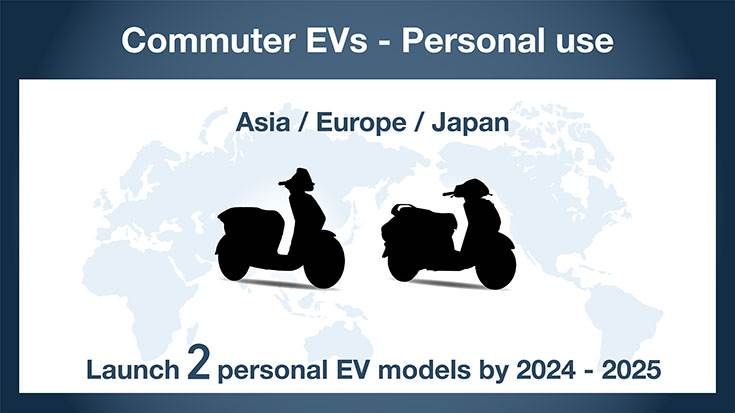 The two e-scooters for India, one on the existing Activa platform and the other a ground-up product, are part of Honda's 10-strong EV strategy by 2030.

Ground-up e-scooter in the works

India’s largest scooter manufacturer, which has a 47.51% market share with sales of 18,93,750 scooters in the April-December 2022 period, has a second electric scooter in its new product pipeline.

This 'futuristic Activa' concept, which is being developed as a ground-up electric scooter on a completely new platform, will boast a swappable-battery setup and offer high performance in line with other electric scooters available in the market.

As is known, Honda, along with KTM, Piaggio and Yamaha, is part of a global two-wheeler OEM consortium for swappable battery technology and will leverage gains from that partnership for the India EV programme.

Being the India No. 2 in the overall two-wheeler industry, with a combined bike-and-scooter market share of 27%, Honda remains the sole major player to be without a presence in the country’s fast-growing electric two-wheeler market, which saw sales soar 305% in CY2022 to race past 600,000 units.

The bulk of HMSI's capital expenditure in FY2024 will go towards making its manufacturing infrastructure compatible to produce IC engine two-wheelers and EVs within the same manufacturing plant.

HMSI is now cognisant of the EV business opportunity in India. “For the past few years, it was not an urgent matter for the company to invest into an EV programme from a business point of view but with market expectations growing, we are going to get into the EV segment next year,” confirmed Ogata. “While we have successfully restructured our business over the last couple of years, we now think it is the right time to have an additional business opportunity,” he added.

The HMSI boss pointed out that HMSI could have entered the Indian EV market earlier with any of Honda's two-wheeled EVs from China but it chose to cater to the specific requirements of the Indian customers by working on India-specific products.

Over the past six months, the company has been focusing on making arrangements to localise the e-motor in-house as well as the battery in India and the bulk of its investments in FY2024 will go towards making its manufacturing infrastructure compatible to produce IC engine two-wheelers and EVs within the same manufacturing plant in a hybrid-production format.

“The capex will be aligned towards the preparation of start of manufacturing of the electric scooters, to meet the timeline of the first mass-production model in March 2024. We will need additional investments in some of our manufacturing locations as hybrid manufacturing of ICE and EVs is very complicated,” Ogata said.

While the company didn't disclose which of its four plants — Haryana, Rajashthan, Gujarat and Karnataka — which have a combined capacity of seven million units per annum will be tasked to manufacture the e-scooters, it will manufacture the electric motors in-house and retain control over one of the key components of an EV drivetrain.

The company will also go about developing the EV support infrastructure by setting up battery swap stations across all its 6,000 consumer touch-points in the country before it rolls out its second e-scooter shortly after the first mid-speed EV is launched in March 2024. 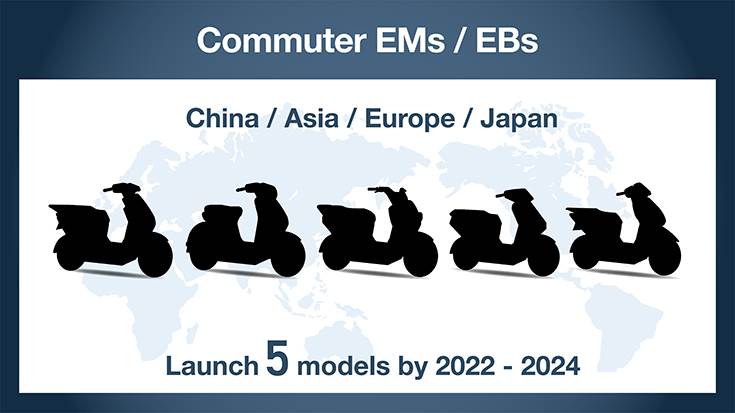