Tata Motors, which is on a roll in the passenger vehicle (PV) market and is the strong No. 3 player after Maruti Suzuki India and Hyundai Motor India, is to increase prices of its PV range on November 7, 2022. The average price across the six-model range will be 0.9%, depending on the variant and model.

In a statement issued today, the company said: “Tata Motors, India’s leading vehicle manufacturer, has announced a marginal price increase across its passenger vehicles. Effective November 7, 2022, weighted average increase will be 0.9%, depending on the variant and model. The company has been absorbing a significant portion of the increased costs but the steep rise in overall input costs has compelled it to pass on some proportion through this minimal price hike.

The November 7 price increase will be Tata Motors’ fourth in the year till date. The first was on January 19, 2022 when the carmaker raised prices by an average 0.9%, similar to the latest hike. The second price increase, of 1.1%, came on April 23 while the third hike saw PV prices raised by 0.55%, on July 9, across the range. As per the company, all four prices hikes are a result of the rise in overall input costs.

On track to achieve 500,000 sales target in FY2023
Tata Motors, which retails seven models – Altroz, Harrier, Nexon (and Nexon EV), Punch, Safari, Tiago (and Tiago TV), Tigor (and Tigor EV) – is on a roll in India’s booming PV market. In October 2022, the company sold 45,217 units comprising 41,146 IC-engine cars and 4,071 EVs. This is the highest monthly sales for Tata Motors’ EV portfolio which gives it a strong advantage over its PV rivals. At present, it has three EV variants – the Nexon EV, Tigor EV and the fleet-only XPres-T EV – which will soon be joined by the Tiago EV. 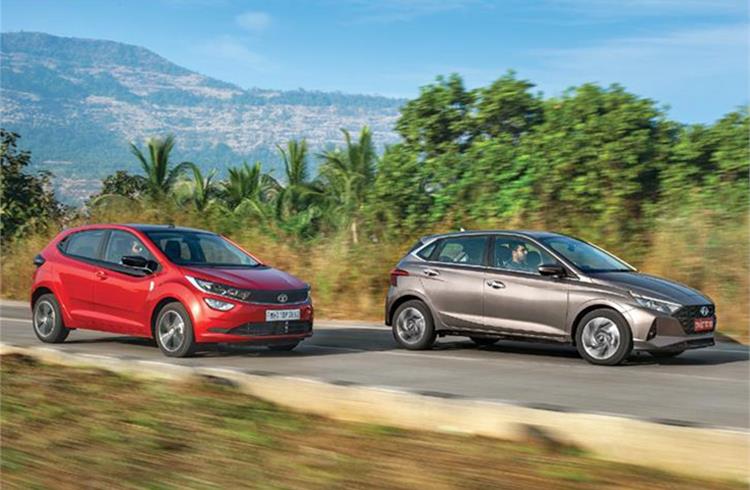