While 6,315 electric buses have been sanctioned across 26 States and UTs, 2,877 charging stations in 68 cities have also been sanctioned under Phase-II of the FAME India Scheme. 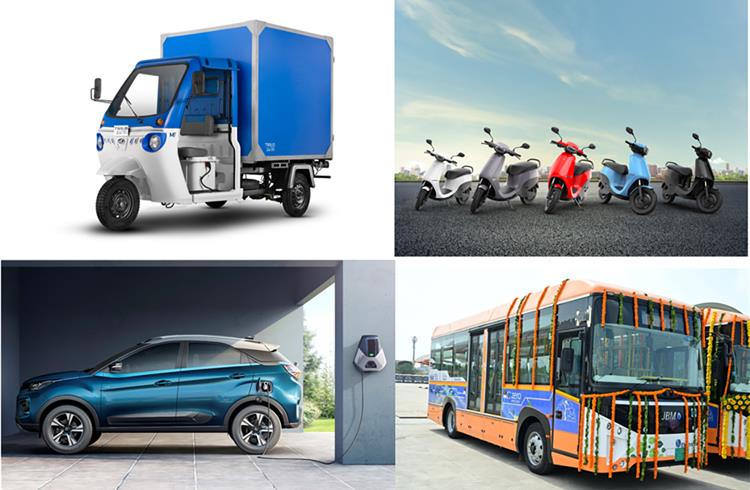 Under Phase-II of the Faster Adoption and Manufacturing of Electric Vehicles (FAME India) Scheme, 7,66,478 electric vehicles (EV) have been supported till December 19, 2022 by way of demand incentive amounting to about Rs 3,311 crore.

Further, the Ministry of Heavy Industries has sanctioned 6315 electric buses to 65 cities / STUs / CTUs / state government entities for intracity and intercity operations across 26 states and UTs under the FAME India Scheme.

The Ministry has also sanctioned 2,877 charging stations in 68 cities across 25 states/UTs under FAME India Scheme Phase II. This information was given by the Union Minister of State for Heavy Industries, Krishan Pal Gurjar in a written reply in Rajya  Sabha on December 23.

The details of the budgetary allocation and utilisation to implement Phase II of FAME–India Scheme is as under:

Fast Facts: FAME India Scheme
FAME India essentially is part of the country’s National Electric Mobility Mission Plan which aims to encourage adoption of electric vehicles – mild hybrid, strong hybrid, plug-in hybrids and battery electric vehicles (BEVs) through provision of subsides across all vehicle segments. It has two phases – Phase 1 began in 2015 and ended on March 31, 2019. Phase 2, set for a three-year period till end-March 2022, was given a two-year extension till end-March 2024.