Is Maharashtra in the slow lane?

Maharashtra is home to the big names in the Indian automobile segment such as Tata Motors and Bajaj Auto which have been joined over the last decade or so by Mercedes-Benz India, General Motors India, Volkswagen India, Mahindra Navistar, John Deere and the Skoda arm of the Volkswagen Group. 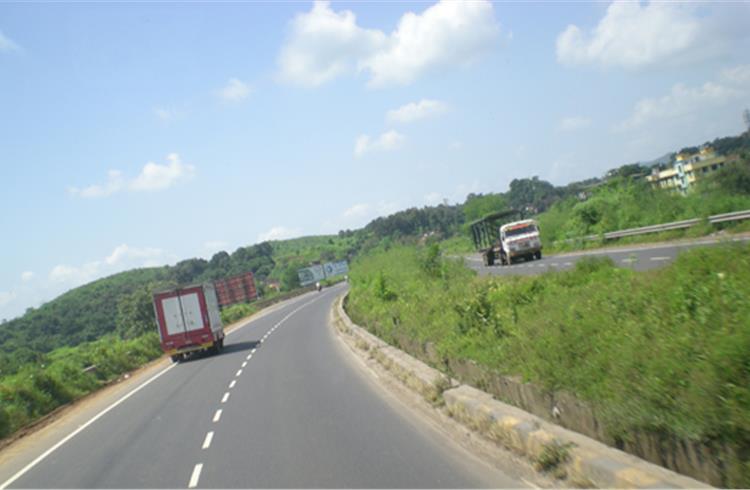 Maharashtra is home to the big names in the Indian automobile segment such as Tata Motors and Bajaj Auto which have been joined over the last decade or so by Mercedes-Benz India, General Motors India, Volkswagen India, Mahindra Navistar, John Deere and the Skoda arm of the Volkswagen Group. It also has a flourishing supplier community which includes Bharat Forge, Bosch Rexroth, the Cummins Group and the Aurangabad-based Endurance Group. According to a December 2012 Ernst & Young study, Maharashtra accounts for about 33 percent of the output of the automobile sector by value.

The state’s four automotive clusters are Pune-Chakan, Nashik, Aurangabad and Nagpur. In May this year, Valvoline Cummins, a 50:50 percent joint venture between Ashland Inc and Cummins India, invested Rs 146 crore to build a lubes manufacturing and packaging plant. Set up over a decade ago, the company had so far outsourced its manufacturing but now will be a full-fledged player. Small as the investment may be, it is a vote for the state’s excellent environment for business which continues despite the many hurdles.

Speaking to Autocar Professional, Apurva Chandra, principal secretary (industries) government of Maharashtra, said several existing OEMs are investing to enhance capacities including Mahindra & Mahindra, Tata Motors and Volkswagen, which is setting up an engine facility. Chinese SUV maker, Great Wall of China is keen to set up base in Maharashtra as well. If all goes well, it would be the second Chinese player after commercial vehicle manufacturer FotonBeiqi to do so. However, a key issue that has many OEs concerned continues to be the VAT (value added tax) issue under which vehicles from cars to two-wheelers sold in Maharashtra alone will get the VAT refund. This is an issue that as of now the government shows sign of relenting on and, therefore, OEs will have to live with it. One component supplier says: "The automotive scene in Maharashtra looked very promising until recently. We saw a flurry of activity with new projects coming in between 2005 to 2009 timeframe, after which there has been a lull.”

One of the state’s USPs has always been its road infrastructure and the Mumbai-Pune Expressway has been a key showpiece. However, it has been overshadowed by the Noida Expressway even as the Pune one has faced landslides and safety issues which are being looked into. Roads elsewhere in the state are also a matter of concern. Over a decade ago, IDFC Ltd had mooted a three-way four-lane highway link between Mumbai, Pune and Nashik to boost investment in the business triangle but that never really saw the light of day. One component vendor is of the opinion that there is virtually no basic infrastructure to write home about. No roads to start with. “It takes us over 20 minutes to go one kilometre on an empty road!” he says, frustrated. According to one supplier, despite many petitions to the Maharashtra Industrial Development Corporation (MIDC) about improving roads, nothing has happened. “Bringing customers to the factory is an ordeal, getting our dispatches out safely is another story."

Not all are unhappy with the state of the roads infrastructure. In an e-mail response to Autocar Professional, Volkswagen India said: “Even though the road infrastructure has improved significantly, there is still potential for more improvement. The quality of power needs to be improved to avoid fluctuations. Similarly, there is a need to strengthen road and rail connectivity from ports to industrial hubs.” Another supplier with diversified business interests says: “There is a lot of room for improvements in terms of having a single-window approach for giving clearances, addressing the roadblocks deterring the execution of projects, focus on compressing the time involved in the whole process can be introduced by the state government.” A senior OE source says clear policies are needed and no changes mid-way, citing the case of VAT, if Maharashtra has to provide greater policy clarity. The octroi issue in Mumbai remains a vexing one.

One area where the state scores is education. The Pune cluster sits right in the midst of one of India’s engineering education hubs which is a pool that can be exploited by OEMs. Volkswagen says that it has been able to, by and large, find qualified manpower within Maharashtra for its operations but for certain specific skills, the company (without mentioning any specific skills) says it had to go beyond the state border. "In addition, we have to train the manpower with respect to our specific requirements and skills for which we have established the Volkswagen Academy,“ a Volkswagen India spokesperson said. However, one OE said there is a demand that the state create a pool of skilled, trained diploma holders and supply a workforce to private firms at some cost. Finding trained shopfloor managers and other skilled employees who can overlook them is a problem, says this Aurangabad-based player. This senior official, however, admits that the issue exists across the country. Maharashtra is home to ARAI (Automotive Research Association of India) in Pune and the VRDE (Vehicle Research and Development Establishment) in Ahmednagar, which is why it retains its importance for the auto sector. These are part of the NATRiP project but progress on these fronts has been slow. The Delhi-Mumbai Industrial Corridor is also an upcoming infrastructure project that ends on the Maharashtra coats at Dighi on the Konkan coast where an integrated port project is being built. The port will take on some of the load that the Mumbai and JNPT ports are currently witnessing.

However, going forward, it remains to be seen how the state takes on the increasing challenge of a vibrant Gujarat. With Ford Motor Company, Maruti Suzuki and their vendors heading for Gujarat, this may well chip away at Maharashtra’s current advantage. There was a time when Maharashtra was able to woo investments from other states, a case in point being Volkswagen which had once looked at setting base in Andhra Pradesh and then drove to Maharashtra.

Gujarat’s infrastructure has come in for praise from companies that have set up base there, helped no doubt by good governance, quick and easy approvals, availability of power, broad-brand speed. Events such as Vibrant Gujarat have kept the state’s pro-business culture in the news. Therefore, there are many learnings for Maharashtra as it seeks to retain its strategic auto advantage.