Two-wheeler despatches in speed mode this October but is the growth story real?

With OEMs pumping up volumes and increasing dealer inventory in anticipation of festive sales, October numbers were not surprisingly good. The real growth story lies in December and beyond. 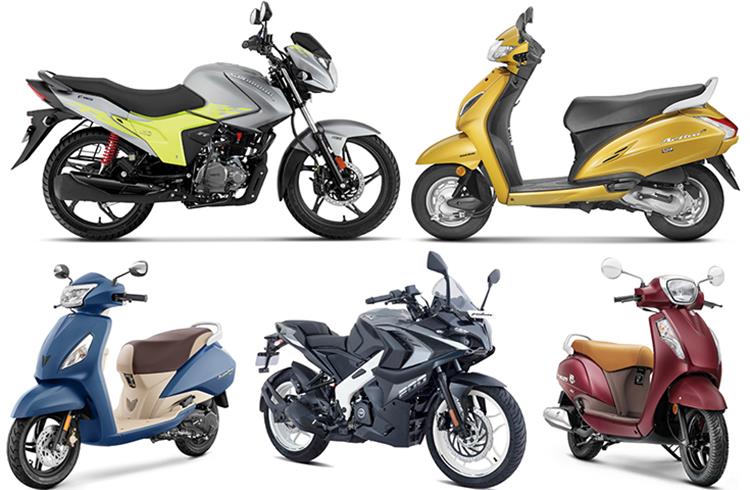 It was known that the most affordable form of motorised transport would benefit from the increased demand for personal transportation in a time of Covid. Even as two-wheeler OEMs pumped up their inventories in anticipation of festive sales, the fact is also that a number of first-time owners put down their money on two wheels. Thus, not surprisingly, most of the OEMs with commuter motorcycles in their portfolio have notched smart growth, be in terms of despatches or sale.

Hero MotoCorp: 791,137 units / 35%
Just 8,863 units short of the 800,000 unit mark in monthly despatches is a huge achievement, there’s no doubt about that. In October, that worked out to a stupendous 25,520 units sold every day! It also marked strong 35% year-on-year growth for the world’s largest two-wheeler OEM and its highest-ever monthly tally thus far.

On a month-on-month basis, Hero’s numbers are up by 13% compared to September 2020’s 697,293 units. With a view to make the most of the ongoing festive season, Hero MotoCorp launched four new product refreshes in October – 125cc Glamour Blaze, an all-black Splendor+, Stealth Edition Maestro Edge 125 and Hero Pleasure Plus Platinum edition. Suffice it to say that all its five manufacturing plants in India are operating with nearly 100 percent production capacity.

A month ago, HMSI announced its foray into the middle-weight, midsized motorcycle segment in India with the launch of the H’ness 350

Commenting on the October 2020 sales and the prevailing market sentiment, Yadvinder Singh Guleria, Director – Sales & Marketing, HMSI. said, “Ending October, nearly 100% of our network is opened and is recording YoY increase in retails during the first 2Ds (Durga Puja and Dussehra). Riding into the festive season on a high note, our newly launched H’ness-CB350 has garnered a great response in a short span of time. In less than a month of start of sales of our debut 350ccc midsize motorcycle, our production is booked till November, even as new bookings continue to rise. With the comeback of positive sentiments in the market, Honda is all geared up for final 2Ds of the festive season – Dhanteras and Diwali – with strict safety measures in place across all our touch-points.”.

On October 12, the company announced that its Apache premium motorcycle brand has raced to the four million unit sale milestone globally. This premium brand was launched in 2005, which makes it the ride from zero to 4,000,000 units has taken 15 years. Interestingly, the last million or 10 lakh unit unit sales have come in just two years. The TVS Apache crossed the three-million-sales milestone on September 10, 2018.

Also, in a bid to rev up festive season sales, end-October saw Bajaj Auto launch a new version of its commuter motorcycle, the CT100 priced at Rs 46,432 (ex-showroom Delhi). This makes it the most affordable entry level motorcycle in the country.

Commenting on the sales numbers, Devashish Handa, vice-president, Suzuki Motorcycle India said, “Suzuki’s growth curve has continued into October as well. In addition to the introduction of the Gixxer Series in the new liveries, we also launched our Bluetooth-enabled Access 125 and Burgman Street Scooters which we are confident will further support our growth.”

Yamaha Motor India: 60,176 units / 31%
Yamaha Motor India sold 60,176 units in October 2020. This is a 31% increase compared to October 2019 (46,082 units). The company has been reporting growth in its sales volumes consecutively over the past four months, following the lifting of the Covid-driven lockdown. Yamaha is also hopeful that the festive season sales during November  will provide an uptick.

Growth outlook: cautiously optimistic
Two-wheeler OEMs and their dealers across the country clearly are going all out to make the most of the ongoing festive season. The strong October numbers are also indicative of the fact that OEMs have despatched increased volumes to ensure ready stock. However, it is understood that the on-ground market reality could be a tad different, given that the Indian economy continues to be down, there have been sizeable job losses across the country and consumer sentiment is nowhere near what it was a year ago.

Speaking to a leading television channel yesterday, Vinkesh Gulati, president of FADA, said: “The ground reality is not that buoyant. We have seen a good nine days sale but overall the month (October) hasn’t been that great. We will have to wait for the exact (retail) figures in a week when FADA releases the data but overall the data that we are getting from the dealers at the ground level is that, except for the tractor category, every other category is still in the red. No green shoots yet for the month of October.

The FADA president said sales in the premium motorcycle segment (125-150cc) are better but the 100cc commuter segment is not seeing growth, which is likely because the financial distress is more in the latter segment and both enquiries as well as deliveries are down.

With Dhanteras on November 14, the month might bring in the festive numbers followed by a small uptick in December but the real proof of the sales pudding will be in January 2021 and the months to follow. Is the growth story organic and real?