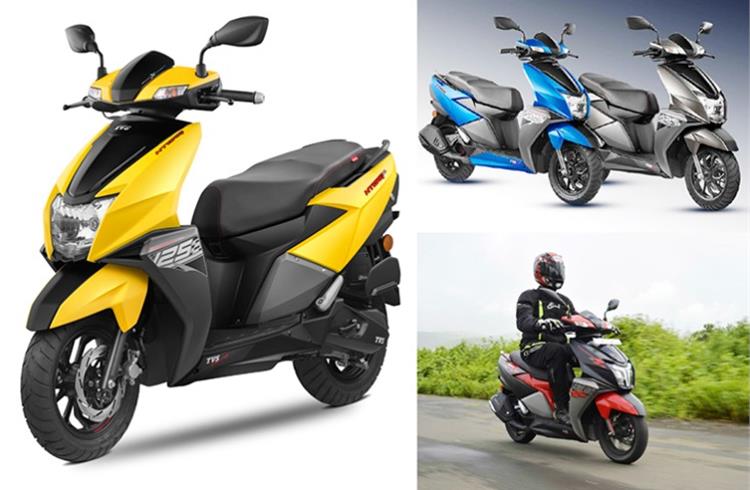 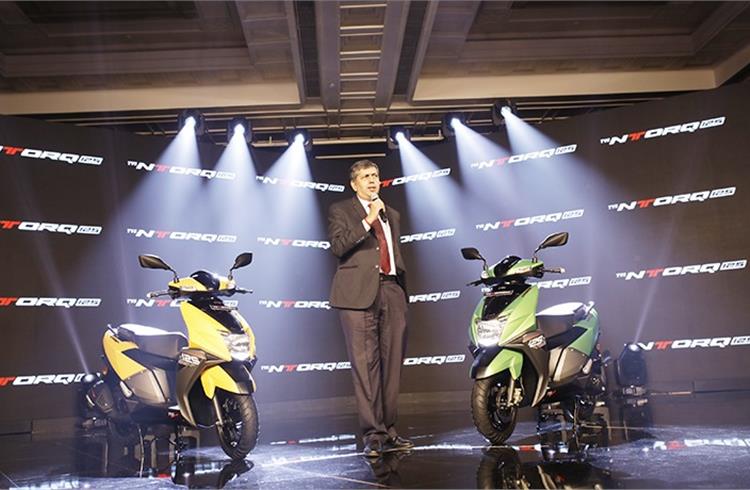 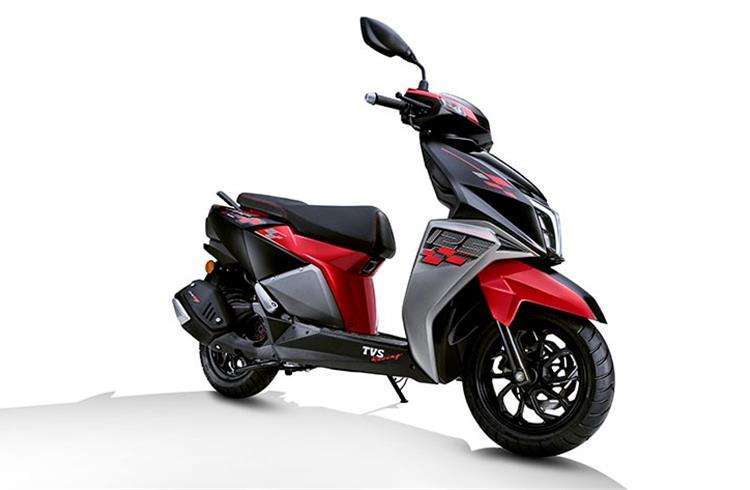 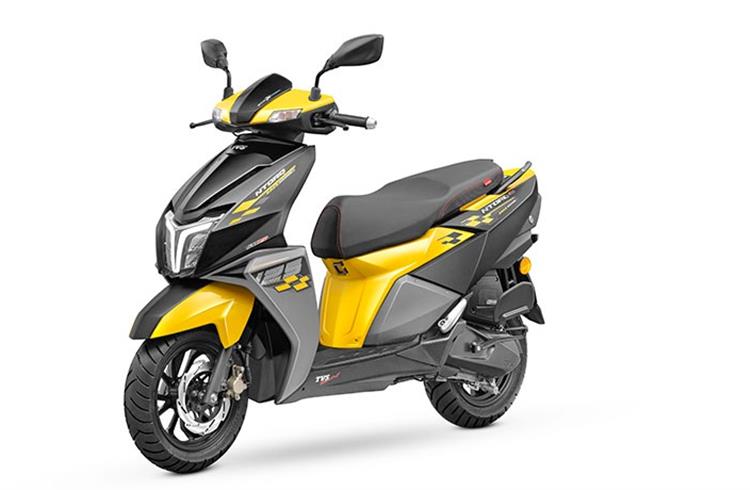 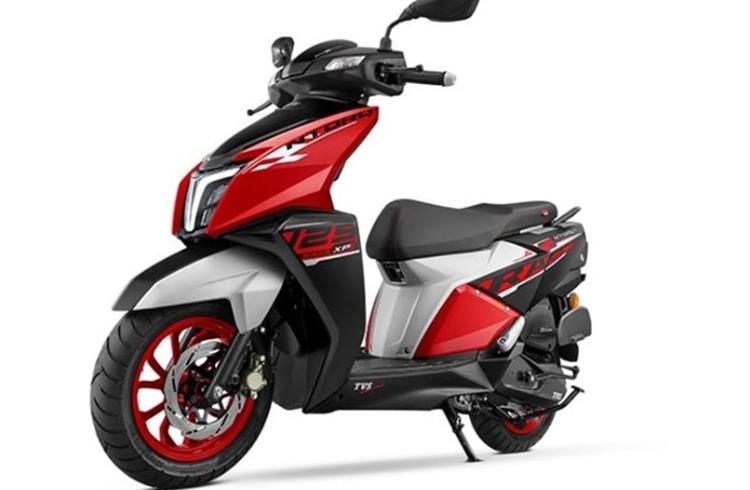 Zero to 800,000-unit sales in a little less than four years. That’s what the NTorq, TVS Motor Co’s snazzy, rev-happy 125cc scooter, has notched in the Indian two-wheeler market.

As per Autocar Professional’s domestic market sales analytics, the NTorq, which was launched on February 5, 2018, has crossed the 800,000-unit sales milestone in July 2021. From launch through to end-July 2021, the NTorq has sold a total of 813,178 units (see sales data below). 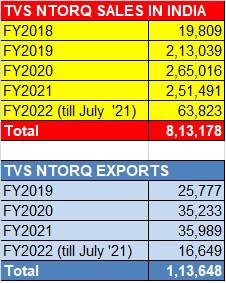 The NTorq has done well on the export front too with 113,648 units shipped overseas till end-July 2021.

Walking the NTorq with millennials
Targeted at millennials, the NTorq, which is TVS Motor Co’s first 125cc scooter and the production version of the Graphite concept showcased at Auto Expo 2016, is powered by a CVTi-REVV 124.79cc, single-cylinder, 4-stroke, 3-valve, air-cooled SOHC engine that develops 9.4hp at 7500rpm and 10.5 Nm at 5500rpm. At launch, priced at an aggressive Rs 58,000 (ex-showroom Delhi), the company had targeted sales of 200,000 units in the first year of production which it achieved, successfully riding the demand curve for premium 125cc scooters in the country.

Feature-laden and five variants
The NTorq comes with several segment-first features including the TVS SmartXonnect, which offers Bluetooth connectivity with the rider’s mobile phone (via a mobile app), thus providing navigation assist, location assist, call / sms alerts, rider stats and several other features. The TVS NTorq became the only scooter in its segment offering a fully digital console with over 50 features.

The NTorq is now available in a total of five variants – Drum, Disc, Race Edition, Super Squad Edition and the latest, the Race XP. While the Race XP gets a slightly more powerful engine at 10.2hp and 10.8Nm, the rest aren't too far behind at 9.4hp and 10.5Nm. The differences between the Disc, Race Edition and Super Squad Edition are purely cosmetic. Prices start at Rs 72,270 for the most-affordable drum brake-equipped and go up to Rs 83,275 for the sportier Race XP.

In 2019, the TVS NTorq won the prestigious Autocar India 'Scooter of the Year' award.

Given the sustained demand for the NTorq, expect the company to put its shoulder to the wheel of the snazzy scooter in an effort to maintain the sales momentum, and also ensure it stays the talk of the town.