Suzuki is the sole scooter maker to record sales growth, thanks to robust demand for the Access 125. TVS' YoY numbers are down but NTorq gives it a reason to smile. 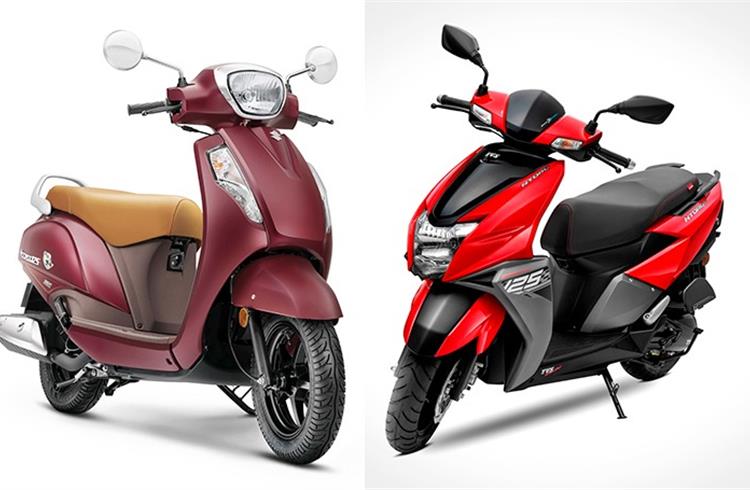 Charge of the 125s. The Suzuki Access 125 and the TVS NTorq 125 are proving to be game-changing scooters for their manufacturers. 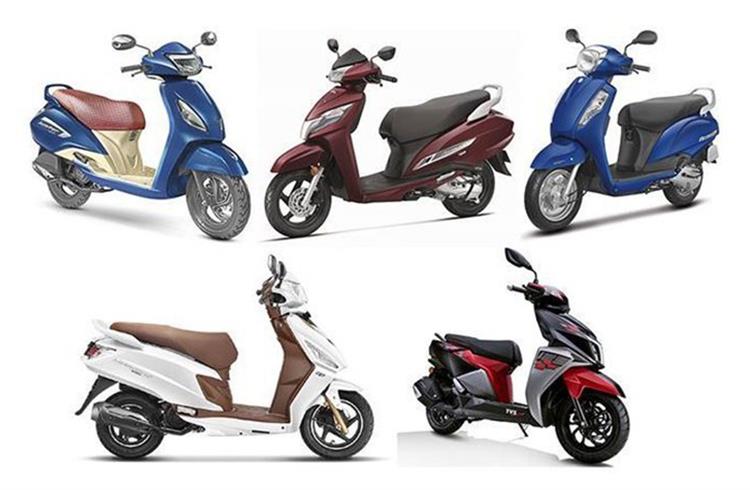 Suzuki India is the sole scooter manufacturer to have notched sales growth in the April-October 2019 period. All other six scooter makers have seen sales declines.

Nevertheless, the market share statistics for the first seven months of the year are rather interesting. Of the seven OEMs in the scooter arena, only two -- TVS Motor Co and Suzuki Motorcycle India -- have increased their market share and considering that the market has not expanded, they have eaten into rivals' share. And only one OEM - Suzuki - has actually recorded YoY sales growth.

In an effort to pump up the sales volume, the Chennai-based OEM has been busy launching a flurry of variants of top-selling models, and it looks like the move is working. In September, it rolled out the Jupiter Grande, priced at Rs 62,346 (ex-showroom, Delhi). The Bluetooth console-equipped Grande becomes the most expensive one in the range, Rs 2,446 more expensive than the Jupiter Grande Disc SBT at Rs 59,900 and Rs 8,855 more than the standard Jupiter. This variant also gets feature functions like call and text notifications, an over-speeding alert, among other regular data, like the trip and odometer.

On September 19, it launched the NTorq 125 Race Edition at Rs 62,995 (ex-showroom, Delhi). The new model features a new LED headlight with a T-shaped diffused LED DRL, as well as a few other changes. With the Jupiter and NTorq 125 maintaining good sales traction in the market, the company would be looking forward to the festive season to notch higher numbers. 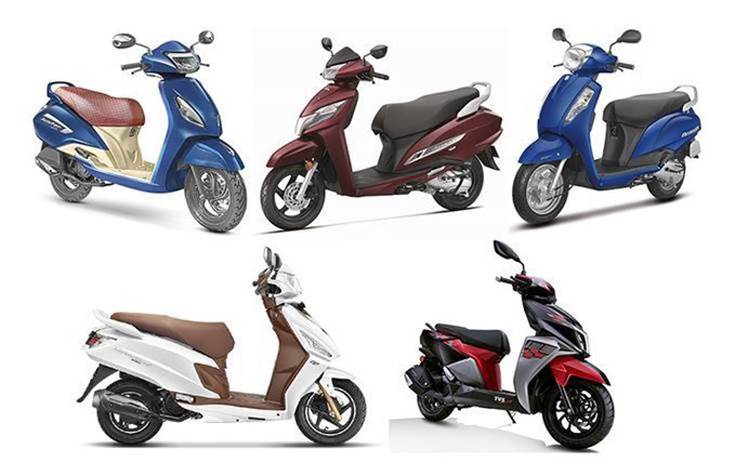 Suzuki India is the sole scooter manufacturer to have notched sales growth in the April-October 2019 period. All other six scooter makers have seen sales declines.

Access 125 powers Suzuki to No. 3 position, ahead of Hero
If TVS Motor Co has increased its scooter market share by 1.28 percentage points, then Suzuki India has done better with all of 3 percentage points. With sales of 403,336 units in April-October 2019, Suzuki has notched handsome 16% YoY growth (April-October 2018: 347,839) and is the sole OEM in this seven-member group to have actually increased sales. All the others have seen a YoY sales decline in the period under review.

Not surprisingly, this robust performance sees the company increase its market share to 10.91% from 7.91% a year ago, which also helps it breeze ahead of Hero MotoCorp which currently has a 7.97% share. Suzuki, which is now the new No. 3 in market share behind Honda and TVS, clearly is witnessing a strong growth trajectory and looks set to maintain the same momentum.

The Access 125 has turned out to be a game-changer for the company. This popular buy and Suzuki's best-selling scooter seems to be closing the gap with the Jupiter and is a consistent No. 3, after the Activa and Jupiter. On July 16, Suzuki launched a refreshed version, the Access 125 Special Edition (SE) equipped with a disc brake variant. It is powered by the same all-aluminium, four-stroke, single-cylinder 124cc engine which develops  8.7ps at 7000rpm and 10.2 Nm of torque at 5000rpm.

HMSI still the leader by far but seeing slowing growth
Longstanding market leader Honda Motorcycle & Scooter India (HMSI), the longstanding scooter market leader, is in a position akin to Maruti Suzuki in the passenger vehicle market. Leader by far, but currently witnessing slowing growth. HMSI sold a total of 20,63,579 scooters in the first seven months of this fiscal, down a substantial 17.6%. This performance naturally is reflected in its reduced market share: 55.81% now as against 57% a year ago.

The company is aggressively working to make the transition to BS VI and on September 11, launched the BS VI Activa 125. The new Activa 125 will be available in three variants - Standard, Alloy and Deluxe. The Standard is priced at Rs 67,490, while Alloy and Deluxe cost Rs 70,990 and Rs 74,490, respectively. This means the base variant of the BS VI Activa 125 is an additional Rs 2,478 over the top-spec disc variant of the current model that currently retails at Rs 65,012 (all prices, ex-showroom Delhi).

The scooter maker is also driving new growth strategies and is targeting semi-urban and rural India. Earlier this year, it has tied up with Cholamandalam Investment & Finance Co for offering retail finance. What will help is Cholamandalam’s strong nationwide presence with over 1,000 branches, most of them rural and semi-urban areas, and a base of a million consumers.

Hero MotoCorp sales down 36% in first seven months of FY2020
Hero MotoCorp has seen its scooter market share fall substantially in the first seven months of the ongoing fiscal. The company has reported sales of 294,681 units in April-October 2019, down a sizeable 36 percent (April-October 2018: 464,704). This evidently has had an impact on its market share, which is down to 7.97% from a decent 10.57% a year ago, and also losing the No. 3 podium position to Suzuki.

Nonetheless, Hero MotoCorp is looking to cash in on the growing demand for 125cc scooters. In May this year, it launched the Maestro Edge 125 in three variants – a carburettor drum brake variant priced at Rs 58,500, a carburettor disc brake variant at Rs 60,000 and a fuel-injected variant at Rs 62,700 (prices ex-showroom, Delhi). Hero’s second offering in the 125cc segment, after the Destini 125, faces competition from other similarly conceptualised scooters like the TVS NTorq (Rs 59,900) and the Honda Grazia, for which prices start from Rs 60,723.

The scooter market, like the motorcycle market, is feeling the heat of the slowdown. All OEMs are currently busy implementing the emission technology upgrade to BS VI, which will neccessitate a marginal increase in costs. Will there be a pre-BS VI buying frenzy or will consumers be willing to loosen their wallets for greener vehicles? Watch this space.