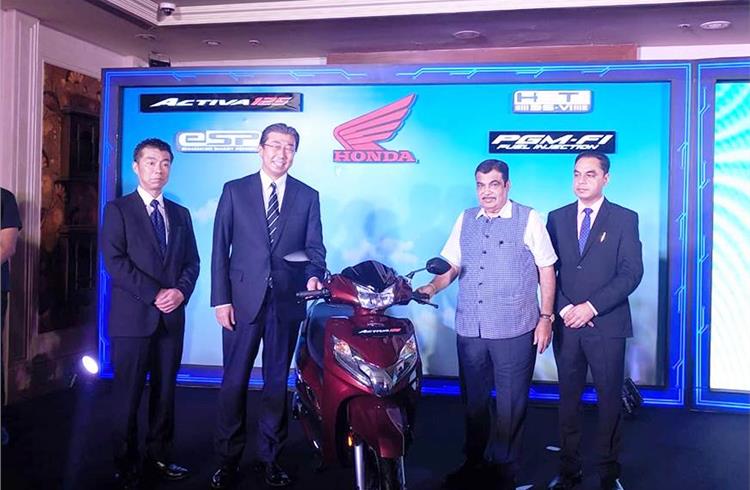 This means the base variant of the BS VI Activa 125 is an additional Rs 2,478 over the top-spec disc variant of the current model that currently retails at Rs 65,012 (all prices, ex-showroom Delhi).

Earlier this week, an online document revealed some of the specifications of the new Activa 125 - the 124cc BS VI engine develops 8.1hp at 6,500rpm, which is slightly lower than what the motor in the outgoing model produced (8.52hp at 6,500rpm). Unlike the current model that uses a carburetted engine, the one on the BS VI Activa is fuel-injected and this should also translate to better fuel efficiency, apart from the reduced emissions.

At the unveiling of the new Activa, Honda revealed that it had filed as many as 26 patents while developing this scooter. Some new features that the scooter gets over the older model is a ‘noiseless’ starter system, digi-analogue instrumentation, and an idle start-stop system. The new instrument cluster also displays real-time fuel efficiency and range information. Other updates include a side-stand-down indicator with an engine inhibitor (prevents the engine from starting while the side stand is down), a front glove box and an external fuel-filler cap, all of which certainly improve the practicality and ease of use of the scooter.

Nitin Gadkari, Minister of Road Transport & Highways and MSME, government of India said, “Pollution is a major concern for India. To address this concern on priority, we decided that we will move to BS VI norms in the auto industry across the country directly from BS IV by April 1, 2020. Launch of first BS VI Activa125 will be a step towards a greener environment. I congratulate Honda 2Wheelers India for taking such initiative well ahead of time. “

Minoru Kato, president, CEO and MD, Honda Motorcycle & Scooter India said, “In line with our global vision to lead advancement of mobility, innovation forms the very core of Honda’s DNA. With new Activa 125 BS VI, we have taken a leap ahead in the industry leading the next revolution powered by superior technology. Honda is making advanced transition to BS VI norms inspired by our global commitment - ‘Blue skies for our children’.”

The new Activa 125 is available in four colours and has also undergone some cosmetic changes in the form of a sharper looking headlight and front end, and a slightly redesigned apron along with a chrome trim on the side panels.

A base price tag of Rs 67,490 seems quite high, but a similar hike is expected across all 125cc scooters when they undergo the switch to BS VI. On the plus side, the new Activa 125 comes with a three-year warranty that can be extended by an additional three years.