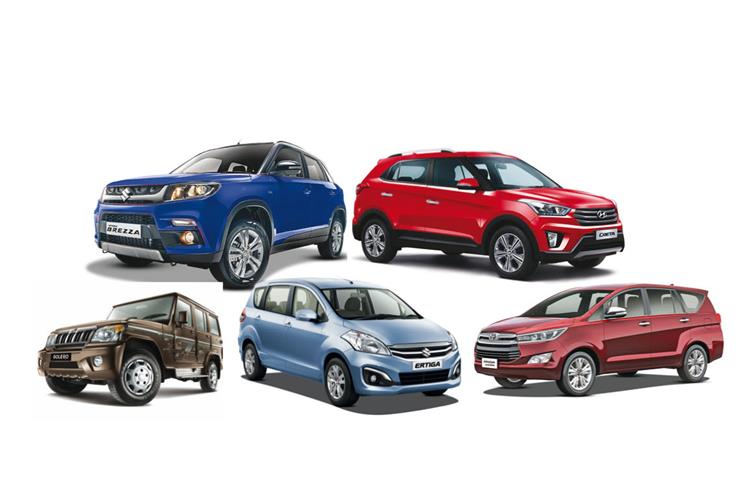 Driving this growth is Maruti Suzuki’s Vitara Brezza compact SUV, which has topped the Top 5 best-selling UVs chart for the past seven months and should continue for the eighth in February. Since its launch on March 3, 2016, the Brezza has sold a total of 94,100 units till end-January 2017 and consumer demand shows no signs of slowing down. With sales of 8,932 units in January, Maruti’s first crack at the compact SUV compact accounted for 14.34% of total UV sales in the domestic market. Last month, the carmaker announced that total bookings for its compact SUV have crossed the 200,000 unit mark. Interestingly, it is expected to add a petrol variant to the Brezza line-up sometime this year in an effort to widen its appeal.

Meanwhile, No. 2 on the top UVs chart remains the Hyundai Creta. With sales of 7,918 units in January, sales have risen from December 2016 (6,563) and November (6,822). The stylish Creta is one of the mainstays for the Korean carmaker in India. A year ago, it was the best-selling UV in the country until the Brezza took over top spot in July 2016 and refuses to let go.

At No. 3 is Mahindra & Mahindra’s warhorse, the Bolero which continues to surprise with its consistency of appearance in the Top 5 list. Last month, the Bolero sold a total of 6,598 units, seeing higher demand month on month – December 2016 (5,928) and November 2016 (4,939). With the Union Budget 2017 giving an impetus to the rural market, expect the Bolero to continue notching good sales numbers.

At No. 4 and No. 5 are the Maruti Ertiga and the Toyota Innova respectively. Both MPVs are seeing demand slightly in excess of 5,000 units each month.

The SUV market in India is likely to double by the end of this decade and volumes are likely to cross one-million mark, Mark Fulthorpe, the Global Director, Light Vehicle Production Forecast, IHS Markit Automotive told Autocar Professional in an exclusive interview. “We have seen a trend in India in SUVs wherein these SUVs are becoming smaller and wider. Increasingly, they are being built on uni-body vehicle structures, which are also used (as platforms) in making hatchbacks and small sedans. So there is a lot of flexibility in vehicle production. This is a strong trend in India; if this trend remains in its place, then we barely see any factor that can disrupt in the next couple of vehicle cycles. So, if you can build and sell cars in India, then you can build and sell elsewhere in the world,” he added. 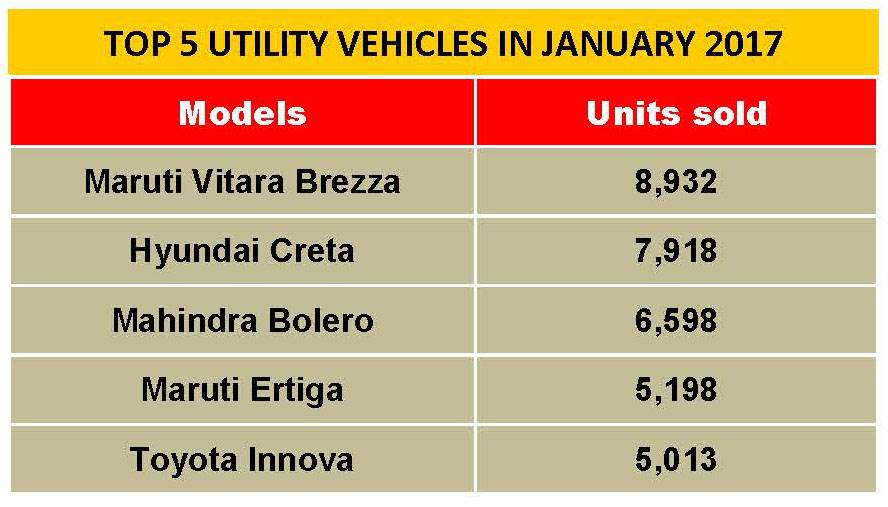