Even as the passenger vehicle segment records the highest decline among all segments in both June as well as in Q1 FY2020 and only 4 of 17 OEMs see market share gains, Hyundai Motor India registers maximum advancement. 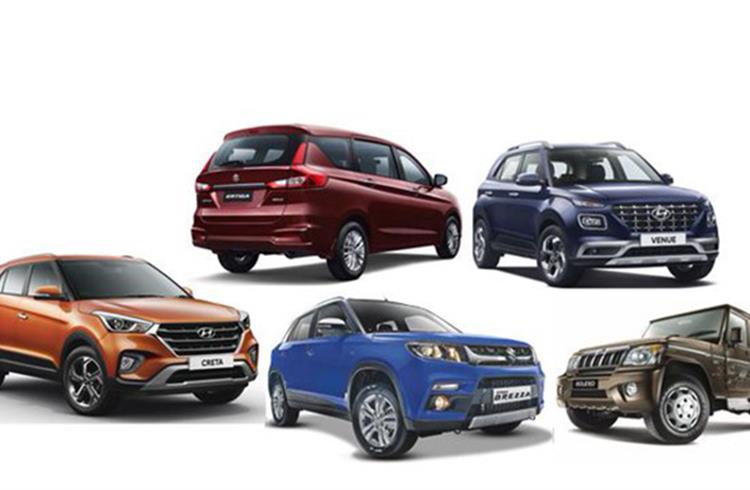 The Venue and the Creta have given Hyundai a new charge in a slowing market. 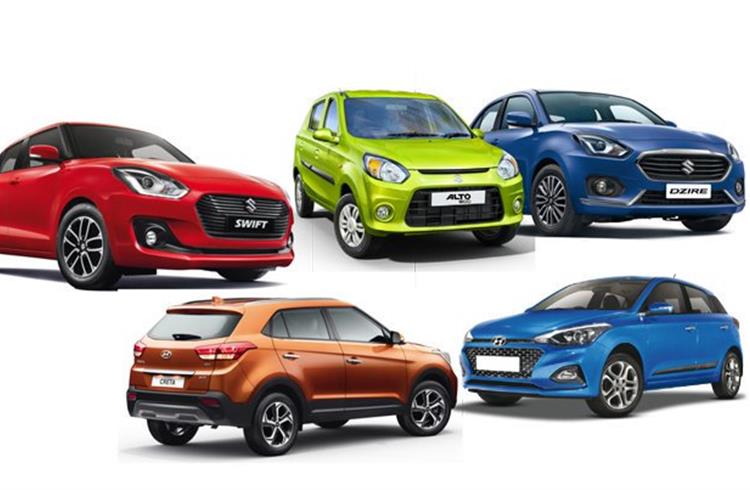 Only 5 out of 17 PV makers have seen gains in market share in the April to June 2019 quarter,

The Indian automobile sector is bleeding and how. Both in June 2019 and in the first quarter of the ongoing fiscal (April-June 2019), the red ink is spattered across all segments and sub-segments. The one with the maximum red ink is the passenger vehicle segment: -17.54 percent in June and -18.42 percent in Q1 FY2020.

With poor market sentiments and the ongoing liquidity crisis, OEMs and automobile dealers are having a difficult time in terms of sustaining businesses on the ground.

Of the 17 PV makers in the fray, only 4 have managed to improve their market share, while all the others have to contend with saving their turf and ensure the red ink does not spread any more. But that's easier said than done, given that the IC engine industry had little to gain from the Union Budget 2019.

With demand refusing to pick up, the country’s leading carmaker Maruti Suzuki India withvolumes of 363,417 units in the April-June period lost market share by 1.54 basis points to be at 51 percent (Q1, FY2019: 458,967 units / +52.54%). A 12 percent drop in sales of its popular models including the Celerio, Ignis, Swift, Baleno, Dzire and the Wagon R would have contributed to this perfomance. These models cumulatively garnered sales of 205,178 units in Q1 FY2020, as opposed to 232,667 units in the same period last year.

Compared to Maruti, while Hyundai’s drop in sales of its popular arsenal of hatchbacks and compact sedans including the Grand i10, Elite i20, Xcent and the new Santro is pegged at 6.04 percent to 74,537 units (79,335), the company’s UV models led the charge in these trying times.

The Hyundai Creta and the newly launched global compact SUV, the Hyundai Venue, together brought in sales of 43,687 units in the first quarter, posting a robust growth of 38.66 percent (31,505), which helped the company boost its PV share in an otherwise slowing market.

How will the second quarter of FY2020 pan out? Things look bleak at the moment albeit due to OEMs sharply reducing deliveries to their dealers has seen rising inventory levels come down to more manageable proportions. But what the industry needs is a growth catalyst from the government, even as OEMs remain focused on the upcoming shift to BS VI, which now less than nine months away.

Speaking at the June 2019 results meet on July 10, Rajan Wadhera, president, SIAM, said: "Yes, we support the government's vision of a greener and cleaner tomorrow, but in order to meet that, we cannot kill the present. As SIAM, we all have been together in our demand for GST cut on PVs. Corporate tax reduction for companies having turnover up to Rs 400 crore is a step in the right direction and will aid demand from MSMEs."

"We, as an industry, do have a responsibility towards emission reduction, energy conservation and bringing futuristic products to the market, but the ramp down of conventional technology and gradual ramp up of EV technology has to go hand in hand. We need time to bring well researched, engineered and well-tested EV products to the market. The techno-commercial feasibility has to be there and it's unimaginable how the industry will manage such amounts of funds to now freshly infuse into EV development, before even realising profits from BS VI investments."