Two-wheeler sales in May are a grim reminder of how the second Covid wave is wreaking havoc in rural and semi-urban markets. 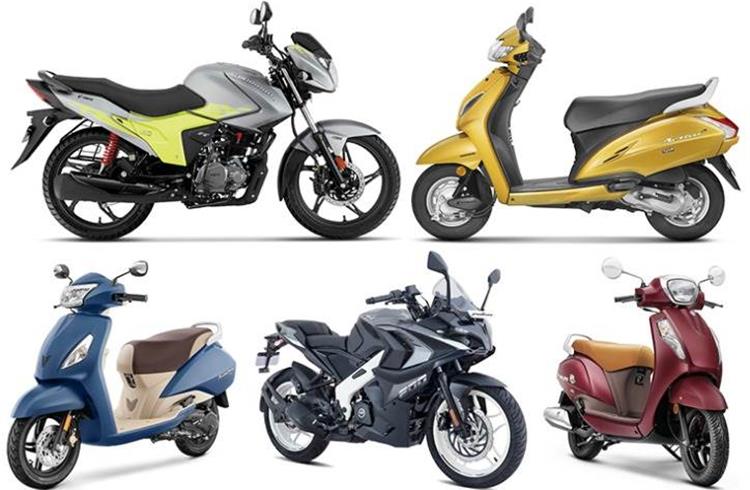 Two-wheeler numbers in May 2021 crashed quite predictably keeping the reality of lockdowns across the country which affected every vehicle segment.

Yet, it was a grim reminder of how the second Covid wave is wreaking havoc in rural and semi-urban markets which account for a large percentage of two-wheeler sales.

Most manufacturers stopped operations in tandem with the lockdowns announced by many states. The likes of Bajaj Auto and TVS Motor which have significant export commitments did better than the rest owing to higher overseas shipments (see data table below).

Market leader, Hero MotoCorp resumed operations in the last week of May and quite naturally had little to show in terms of numbers. Likewise, its erstwhile ally and closest rival Honda Motorcycle & Scooter India (HMSI) barely did a little over 58,000 units during the month of which exports took up a third.

If urban India was the biggest stumbling block last year, this time it was a double whammy with rural areas also wilting under the pandemic. This means that scooters and entry-level motorcycles felt the impact and manufacturers will naturally be hoping that the worst is behind them by end-June.

The other area of concern pertains to inventory levels and the problem it poses for dealers who are already feeling the strain of the liquidity pinch and inability to access funds quickly.

The good news is that Maharashtra, Delhi, Uttar Pradesh, Madhya Pradesh, Rajasthan and Delhi have begun to ease lockdowns even while Karnataka and Tamil Nadu are grappling with higher caseloads.

With monsoons expected to be normal this year, farmers will have something more positive to look forward to after months of weathering the Covid onslaught.

Disposable incomes could also be more with high spend affairs like weddings now off the radar. Hopefully, all this will translate into buying more motorcycles and scooters by the festive season. The only worry remains the possibility of a third wave which could derail all plans.

ALSO READ: Carmakers hit a wall in May — lock, stock and barrel

Commercial vehicles swept away in May mayhem