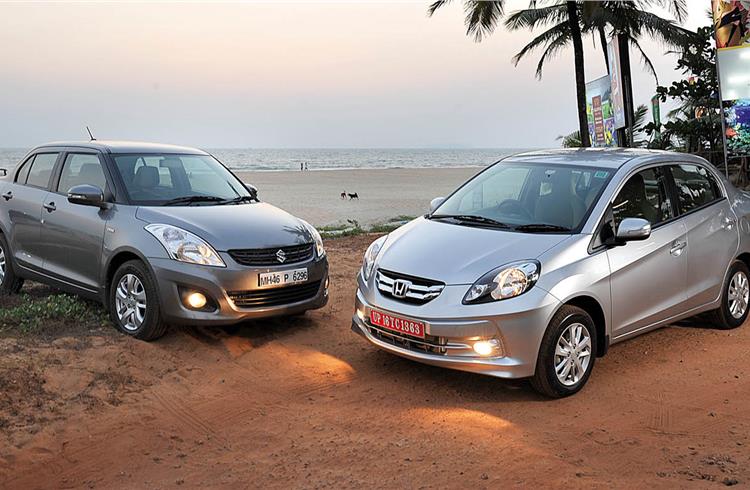 India’s top three carmakers continued to record a decline in sales, evidence of the continuing impact of the slowdown. Maruti Suzuki, which has just announced plans to set up its Gujarat subsidiary as a 100 percent arm of Suzuki Motor Corporation, said its domestic sales fell 6.3 percent in the month to 96,569 units (January 2013: 103,026 units). Sales of mini-segment cars, including the M800, Alto, A-Star and WagonR, declined by 17 percent to 38,565 units (January 2013: 46,479).

Mahindra&Mahindrasold 19,792 units in January 2014 as against 26,555 units in January 2013, down 25 percent. The Bolero sold 8,664 units, continuing its brisk sales performance while the XUV500 sold 3,522 units, its highest tally in the current fiscal.Pravin Shah, chief executive, Automotive Division, Mahindra & Mahindra, said, “The first month of 2014 did not witness any improvement in the overall industry performance and the situation remains subdued. The recent repo rate hike will in the coming months escalate the rate of interest on car loans, impacting consumer sentiment.”

Tata Motors’ total sales of passenger vehicles for January 2014 were 10,974 units, including 8,463 units of the Nano/ Indica/ Indigo range and 2,511 units of the Sumo/ Safari/ Aria/ Venture. Sales in January 2013 were 15,209 units, which means of a decline of 27 percent. Cumulative sales of passenger vehicles were 114,490 units for the 10-month period ended January 2014 Cumulative sales of the Nano/ Indica/ Indigo range were 88,400 units and cumulative sales numbers of the Sumo/Safari/ Aria/ Venture range were 26,090 units.

Nissan Motor India said it sold 5,183 units in the month, up 29 percent (January 2013: 4,028), its sales growing thanks to the Terrano compact SUV launched in October 2013. The vehicle, Nissan’s fourth locally produced vehicle in India, is built alongside the Sunny, Micra, Micra Active and Evalia.

The only vehicle segment to post positive numbers, two-wheelers recorded an 8.85 percent growth in January 2014 with total sales of 1,313,796 units (January 2013: 1,206,931). Hero MotoCorpsold 554,059 units, up by 1.14 percent. Anil Dua, senior VP (marketing & sales), said: "2014 is going to be a defining year for Hero MotoCorp in terms of technological breakthroughs and new launches. Clocking over 550,000 sales in the first month of the year is a good way to begin the New Year. Going forward, we are expecting to excite the market further as our new launches keep rolling out in a phased manner.”

Honda Motorcycle & Scooter India sold 330,761 units, 52 percent higher (January 2013: 216,725). Over the last month, the company has reached finance tie-ups with L&T Finance and the Assam GraminVikash Bank, in the North-east.

Yamaha Motor India sold 31,801 units in January 2014 as against 29,787 units in January 2013, an increase of 6.7 percent. The company attributes the sales performance to a strong product portfolio and the recently launched Ray special edition as well as the Ray Z scooter.

Mahindra Two Wheelers reported sales of 24,703 units during the month, a growth of 251 percent on a lower base (January 2013: 7,036). VirenPopli, the company’s executive VP, said, “The Mahindra Centuro continues to grow its volumes and has over 100,000 happy customers across the country in the short period since launch. The newly introduced Centuro N1 will help accelerate growth further. We have expanded production capacity significantly to cut waiting periods to less than a week. Our sales and service network has grown to over 1,000 touch points and we are adding two outlets every day to ensure customers find us easily.”

CVs bear the brunt of slowdown

Commercial vehicle manufacturers continue to reel under the pressure of an underperforming economy. Slow or little progress on big-ticket infrastructure projects and lethargic demand from the manufacturing sector means that medium and heavy CVs are taking a sales hit.