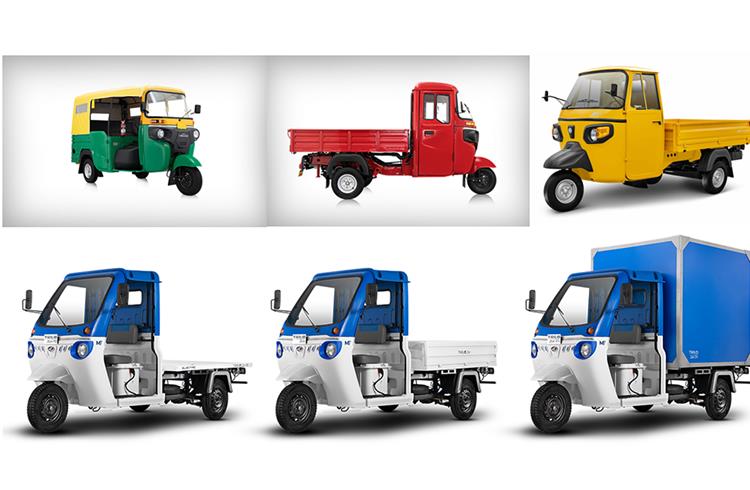 While the passenger vehicle segment continues its speed run with 37% YoY growth and 2.5 million units and utility vehicles maintaining a 50% market share, demand for two-wheelers is returning with a 22% increase to 11.2 million units. However, the subject of this analysis is the three-wheeler category, which is also leading the charge for the electric vehicle category along with two-wheelers.

Passenger-carrying 3Ws have 73% of market
With India back on the move and three-wheelers offering an affordable mode of passenger transportation in town and country, it’s no surprise that sales of passenger carrying three-wheelers are up 124% to 216,652 units and account for 73% of total three-wheeler wholesales.

Bajaj Auto’s overall market leadership is thanks to this segment where with 153,046 units it has a 70% share with its Maxima and RE models. However, a closer look at the data sheet reveals that Bajaj Auto’s passenger carrier share has reduced by 5 percentage points.

A hard-charging Piaggio Vehicles, which recorded 245% YoY growth to 33,474 units (albeit on a low base) seems to have eaten into Bajaj’s share, given that Piaggio has increased its market share to 15.45% from 10% a year ago with its Ape Auto and Ape City models.

Chennai-based TVS Motor Co is the other OEM with five-figure sales: 10,251 units, up 124%, and a market share of 4.73% in the April-November period with a single product: the TVS King 4S. 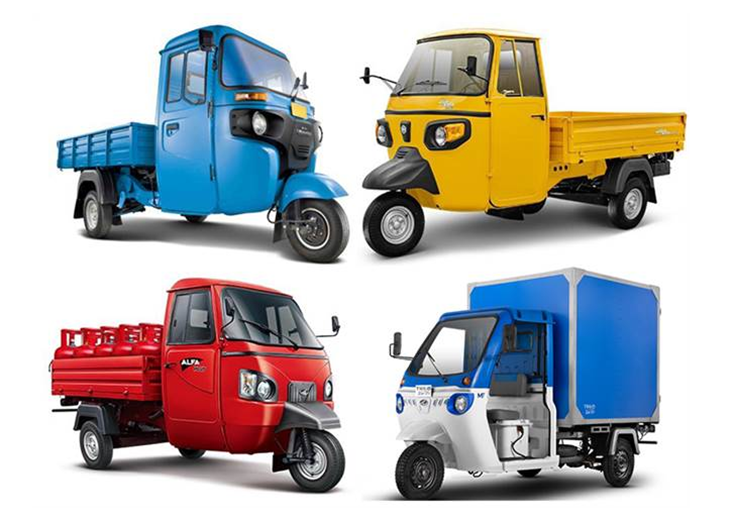 Piaggio hard on Bajaj’s wheels in 3W goods carriers
With fast-rising demand for last-mile delivery, particularly urban India, the hub-and-model is now accelerating demand for cargo-ferrying three-wheelers. The wholesales of 62,308 units, up 32% in April-November 2022, account for 21% of total three-wheeler sales in this period.

Of the six SIAM member companies in this segment, Bajaj Auto also tops here with 24,204 units of the Maxima model. This is a YoY increase of 28% and gives the company a market share of 39 percent.

Piaggio Vehicles, which has performed strongly in the passenger three-wheeler category, has also delivered a strong performance on the cargo front with its Ape Xtra. With 20,713 units and 37% YoY growth, it is 3,491 units behind the market leader Bajaj Auto.

Mahindra & Mahindra sold 9,522 units of its Alfa model, recording 29% YoY growth. The company has a 15% share of the ICE three-wheeler goods carrier market.

Electric three-wheelers increase market share to 6%
The electric three-wheeler market, along with electric two-wheelers, have been the growth aggregators in India’s EV industry. Proof of this can be seen in this segment’s performance in April-November 2022: a total of 17,470 units sold, which marks solid 179% growth (April-November 2021: 5,489). This performance sees it increase its share of the overall market to 5.89% from 3.90% a year ago.

Mahindra & Mahindra, which has one of the largest portfolios with the Treo Auto, Treo Yaari, Treo Zor, e Alfa Mini and e-Alfa Cargo, has sold a total of 13,703 units (comprising 12,422 passenger and 1,281 cargo), accounting for 78% of overall e-three-wheeler sales.

With India back in full work mode, demand for this segment will continue to come from passenger transportation even as cargo carriers will see growth from last-mile delivery operators who are catering to the boom in e-commerce and demand from urban India for speedy deliveries of food, groceries and other consumables.

If there’s a growth story which shows immense potential, particularly in view of the shift to electrification, then it’s the three-wheeler segment which is witnessing the highest growth rate.  The shift to electric three-wheelers is gaining momentum, particularly in view of the high price of diesel and petrol, and increasingly of CNG, which has seen all of eight price hikes this year. Low total cost of ownership is a key USP in this segment, particularly for single-owner three-wheelers and is what will continue to drive buying trends.