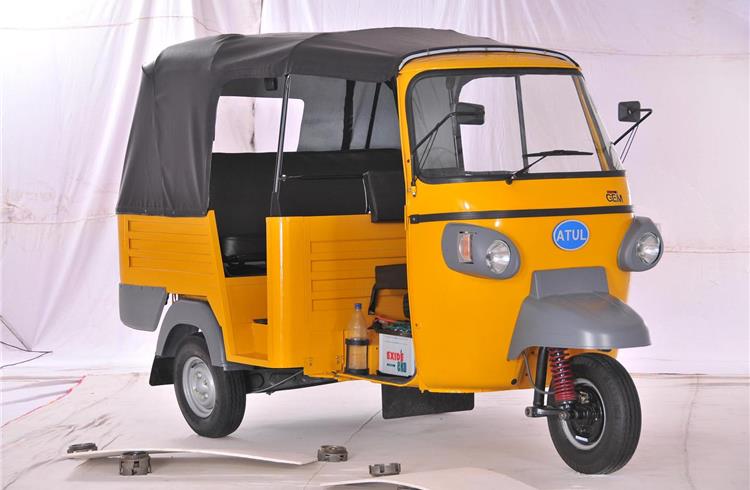 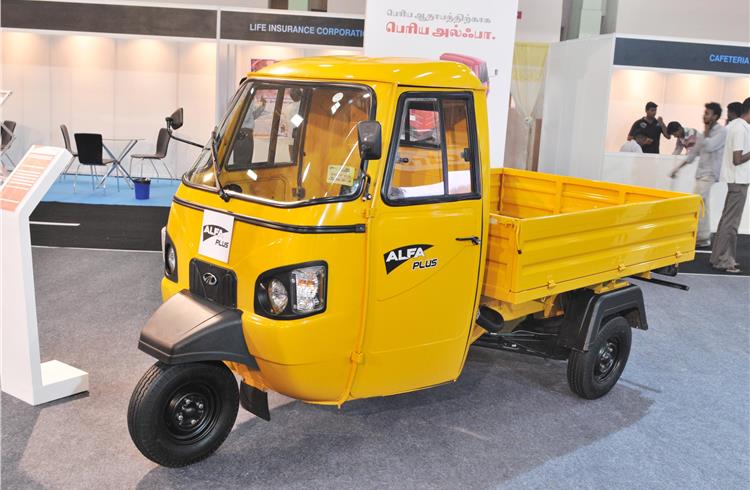 At 52,306 units, Mahindra & Mahindra posted a sales decline of 4.85 percent in the domestic market.

While overall automotive sales for 2016-17 remained positive as a result of the uptick in demand for passenger vehicles, commercial vehicles and two-wheelers in the domestic market, one segment that took a hit was three-wheelers.

All three-wheeler manufacturers saw a sizeable drop in both their domestic and export sales, a trend which is attributed to three-wheelers being replaced by aggressively priced, small four-wheeled mini-trucks.

Over the past few years, manufacturers like Tata Motors and Mahindra & Mahindra have been expanding the mini truck segment to every load and price point. This is taking a toll on the three- wheeler segment which is seeing transport operators preferring to buy a four-wheeler which offers better operating economics and also social status in the Indian context.

Bajaj Auto, the largest player in the three-wheeler industry with a dominating presence in the passenger carrier segment, posted flat sales. Its India market sales were a total of 253,147 units, down 0.72%. Its exports though took a bigger hit – down 31.70% with total shipments of 191,236 units.

Unlike the LCV trucks where the goods carrier segment dominates, in the three-wheeler segment the passenger carrier model is the best-seller with good demand for transporting passengers across short distances in Indian cities. In the passenger carrier segment, Bajaj Auto remains the market leader with a 59.9% share, followed by Piaggio Vehicles (24%), M&M (7.9%), Atul Auto (4.5%) and TVS Motor (3%). In the goods carrier segment, Piaggio has the leadership with 49.7% market share, followed by M&M, Atul Auto, Bajaj Auto and Scooter India with 18.6%, 16.5%, 12% and 2.9% respectively. 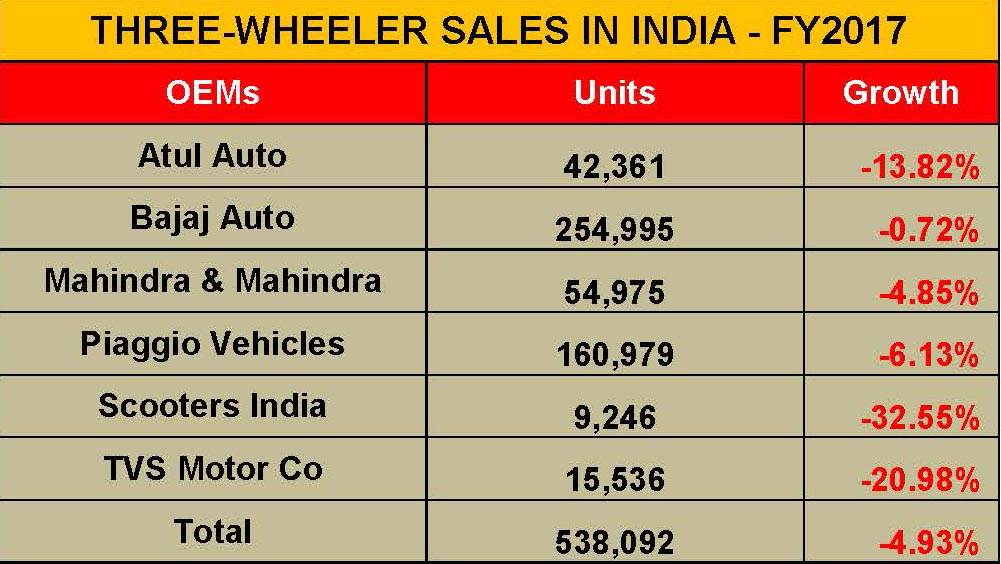 Slackening demand in the export market
The export market for three-wheelers mirrored the domestic market scenario. Overseas shipments fell by a substantial 32.77% to 271,894 units as compared to 404,441 units in FY2016. The passenger carrier segment registered a fall of 33% while growth in the goods carrier segment was flat. Bajaj Auto remains the largest export player with a 70% share of total export, followed by TVS Motor with 20.9% and Piaggio with a 6% share.