The last week of April began with Earth Day and closed with the big news of Maruti Suzuki planning to phase out its diesel-engined models. And lots of in-between news from India and the world at wheels at large. 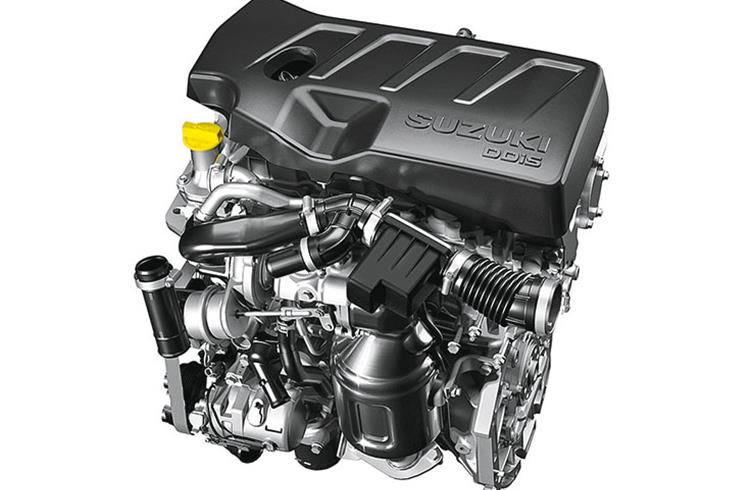 Maruti Suzuki, which sold 441,091 diesel-engined cars in FY2019 or 25.5% of its total PV sales, plans to stop making diesel cars from April 2020. Is India driving towards a diesel-free future? 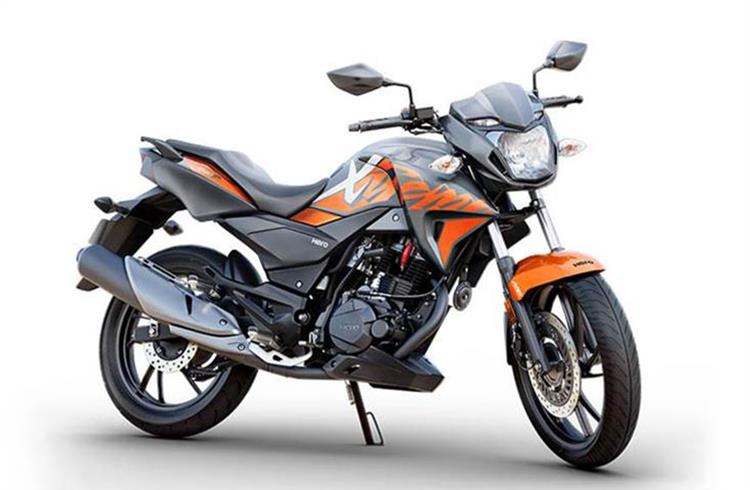 Q4 of FY2019 was tough on all automakers including Hero MotoCorp, which expects FY2020 to be yet another challenging year due to upcoming stringent BS VI emission norms. 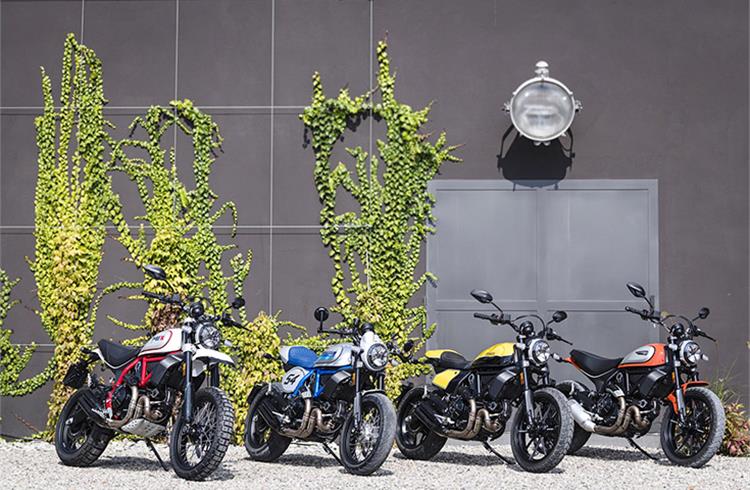 Uber is to induct 50 Mahindra EVs, including the e2o Plus hatchback and eVerito sedan, into its fleet and scale up thereafter. Following CooperStandard's AVS biz divesture to ContiTech, the Indian JV will now offer its customers the latest technologies and innovative solutions in vibration control and lightweighting. 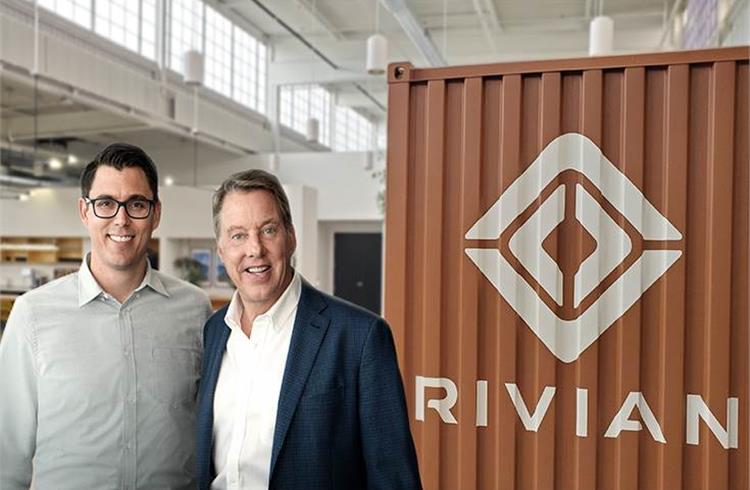 On April 24, a week after it inked a pact with Mahindra to develop a midsize SUV for India, Ford invests $500m in US-based EV maker, Rivian. 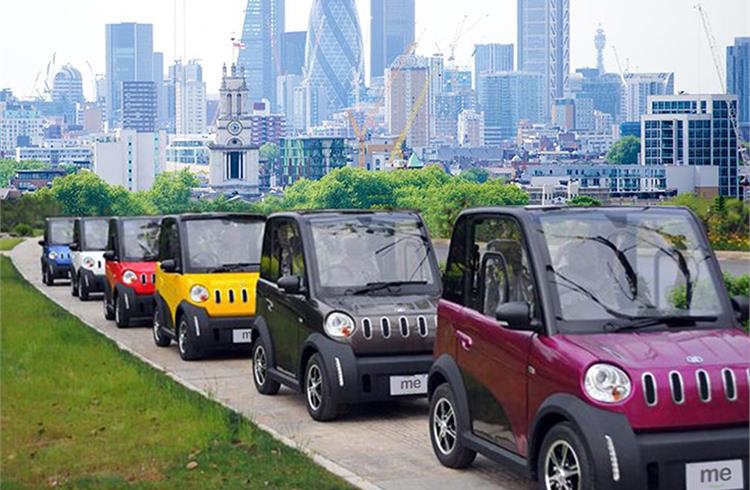 The Me is EV start-up Siticars' 2-seater microcar aimed at drivers living in London's Ultra Low Emission Zone. It has a top speed of 79.5kph and a 152km range from its 10bhp 72V electric motor. 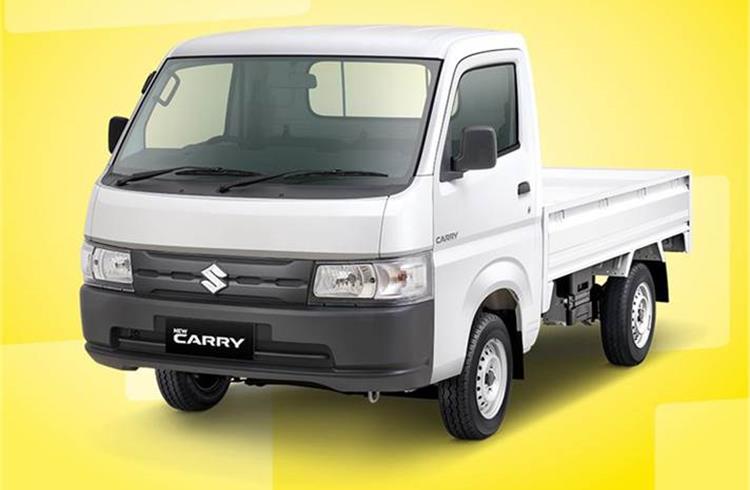 Suzuki launched the 2019 Carry light commercial vehicle in Indonesia with a 1.5-litre engine. 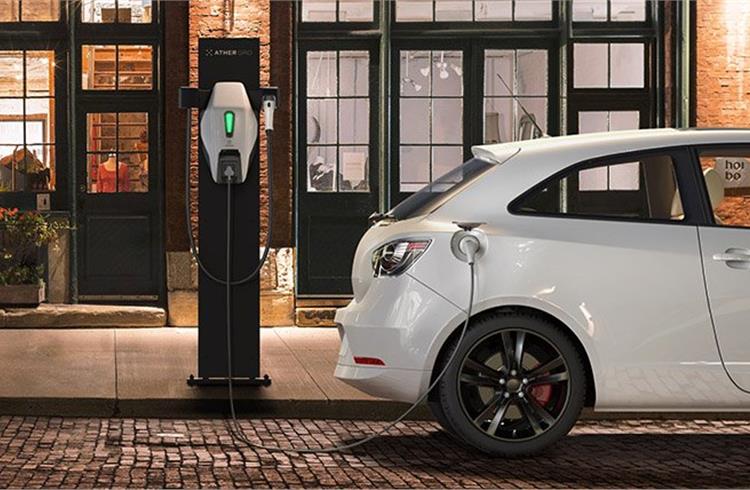 Tesla's EV-angelist boss Elon Musk says the company is planning robo-taxis by 2020. Last month, Tesla started shipping cars that are said to be capable of fully autonomous driving, thanks to new hard 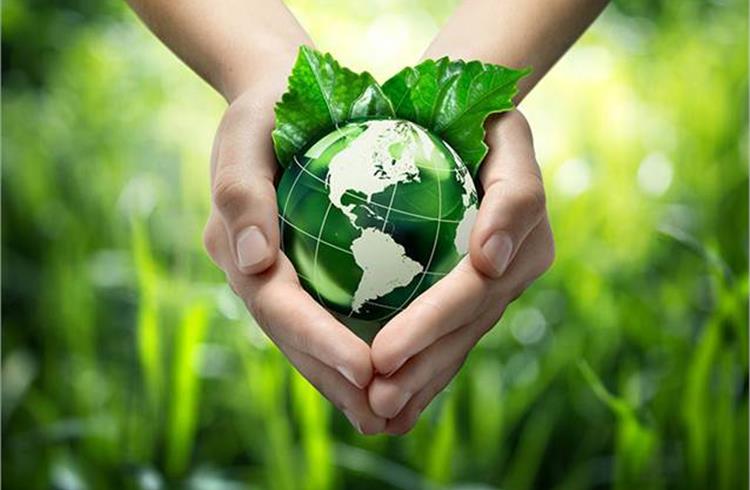 April 22 was Earth Day. As the Worldwatch Institute says, it's the last call for a healthier planet – it's the only one we have.

Is the Indian passenger vehicle industry driving towards a diesel-free future? Which two-wheeler market leader is feeling the heat in the heat of summer? Which shared mobility provider is thinking green? Which German supplier has developed an electric LCV? Which carmaker has developed smartphone-EV pairing technology that allows you to adjust EV performance? What did you do on Earth Day and what can you do to s-t-r-e-t-c-h every litre of costly fossil fuel? The answers to these queries and more were some of the many news-making events in the fourth week of April.

It's said that when passenger vehicle market leader Maruti Suzuki India sneezes, the rest of the industry catches a cold. So when the compaany announced that it has decided to stop making diesel cars, the buzz in the industry changed from the ongoing political discourse to what's going to be the growth engine of the future.

So, clearly the big news of the past week was Maruti Suzuki India planning to plug out of diesel by April 2020, which is when the stringent BS VI emission norms kick. The company cites high costs for conversion of BS IV diesel cars to cleaner BS VI technology. The carmaker will focus on upgrading its 16-petrol car portfolio to BS VI.

Amid growing global government concerns about diesel, the aftermath of 'Dieselgate' and also increasingly environment-conscious PV buyers, the shift from diesel to petrol cars has been underway for the past few years, both in India and overseas, particularly Europe.

In Europe too, petrol vehicles continue to benefit from the demise of diesel. In CY2018, diesel vehicles posted their lowest market share since 2001, as demand fell by double digits in 20 of the 27 markets.

Given that in FY2019, diesel-engined cars in FY2019 – 441,091 units – constituted 25.5 percent of overall Maruti Suzuki's PV sales of 1,729,826 units (+5.3%), this is a huge move, and it remains to be seen how Maruti Suzuki chooses to counter the elimination of diesel cars from its portfolio. Four of the diesel models below are regulars in the monthly Top 10 best-selling PVs and also in FY2019.

However, never say never because the new 1.5-litre diesel engine could make a comeback in the future. Maruti Suzuki has invested upwards of Rs 1,000 crore to develop the 1.5L diesel but before it works to make the 1.5 BS-VI-compliant, the 10-year lifecycle costs of the engine need to be assessed, as the company also has to look at meeting the super-stringent Real Driving Emissions (RDE) regulation, which is expected to come into effect by 2023 and will further drive up costs. 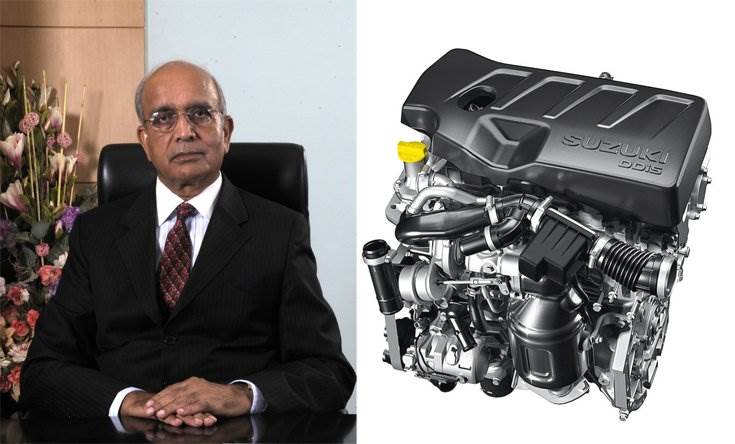 RC Bhargava: "It (presence in diesel segment) will depend on customer acceptability. It will be the customer's choice, not the OEM's choice."

As chairman RC Bhargava told Autocar Professional, customer acceptability will decide Maruti Suzuki's BS VI diesel strategy. "It (presence in diesel segment) will depend on customer acceptability. It will be the customer's choice, not the OEM's choice," said Bhargava tells Autocar Professional. Currently all but one of Maruti Suzuki's diesel variants are powered by a 1.3-litre diesel engine manufactured under licence from Fiat Chrysler. It had launched an in-house-developed 1.5-litre diesel engine in the premium Ciaz sedan on March 28. This engine will make a comeback in the BS VI era if customers give a thumbs up to its cleaner but costlier BS VI version.

The market leader has made the first move showing that diesel is not a winning proposition for it. While the Maruti Suzuki India and Suzuki management will have their task cut out considering the company's  profits are down in FY2019 by 2.9 percent and Q4 down by 4.6 percent. The bigger question is: Is India headed to a diesel-free future in the wake of stringent BS VI norms?

While companies like Toyota Kirloskar Motor have confirmed that they will continue to produce diesel cars, the writing on the fossil fuel tank is showing another six-letter word: Petrol. 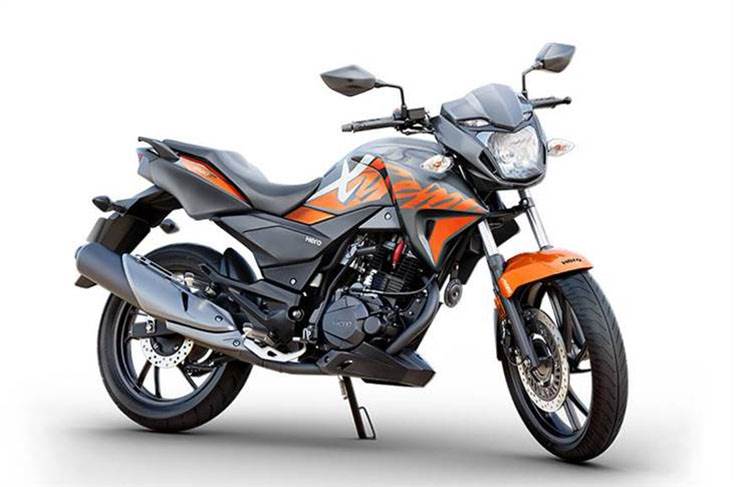 Actually, the pressure is on all on automakers and the fourth quarter of FY2019 was a very tough period. Two-wheeler market leader Hero MotoCorp reported that its Q4 FY2019 revenue was Rs 7,885 crore, down 8 percent YoY, while PAT came at Rs 730 crore, a drop of 24.5 percent YoY.

In FY2019, Hero MotoCorp sold a record 7,820,745 units, which helped the company register a revenue of Rs 33,651 crore (+4%), while PAT came at Rs 3,385 crore, down 8 percent compared to the same period the previous year. Hero MotoCorpo expects FY2020 to be yet another challenging year in view of the upcoming stringent BS VI emission norms. 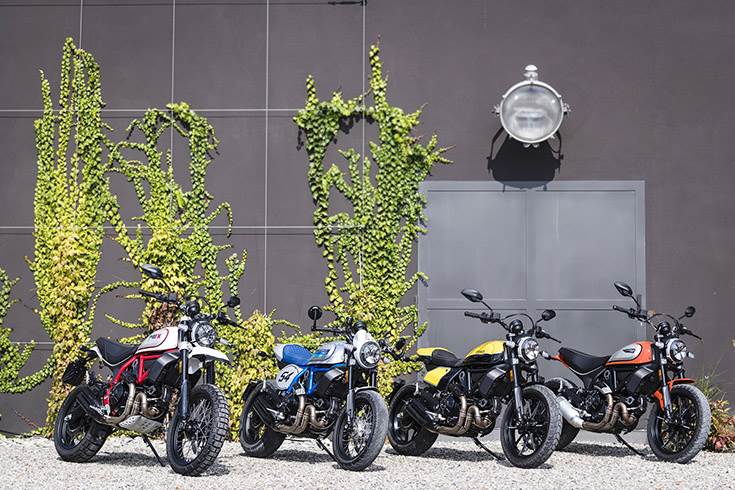 One of the most significant updates on the new Scrambler range is the addition of cornering ABS. This system allows the dual-channel system to work more efficiently when the rider makes the motorcycle lean during cornering. Interestingly, the Scrambler is the most affordable motorcycle in India to feature this safety tech. While the bikes have no direct rivals in India at present, competition to the Scrambler Icon comes in the form of the Triumph Street Twin that is priced at Rs 745,000. The closest competitor to the Scrambler Cafe Racer is Harley-Davidson’s Street Rod, which costs Rs 653,000 (prices, ex-showroom Delhi).

Mahindra Electric's sustainable mobility drive is now being shared with shared mobility provider Uber in Hyderabad. At the outset, the American ride-hailing service will induct 50 Mahindra EVs, including the e2o Plus hatchback and eVerito sedan, into its fleet and scale up thereafter. The companies plan to roll out this arrangement across other Indian cities in the future.

To make this project feasible, Mahindra has worked with public and private players who have set up around 30 charging points across the city. Additionally, to incentivise Uber’s driver partners to adopt the move towards sustainable mobility, they will be offered EVs at competitive prices, attractive financing options and insurance premiums, comprehensive maintenance packages, as well as EV-related training from Mahindra. 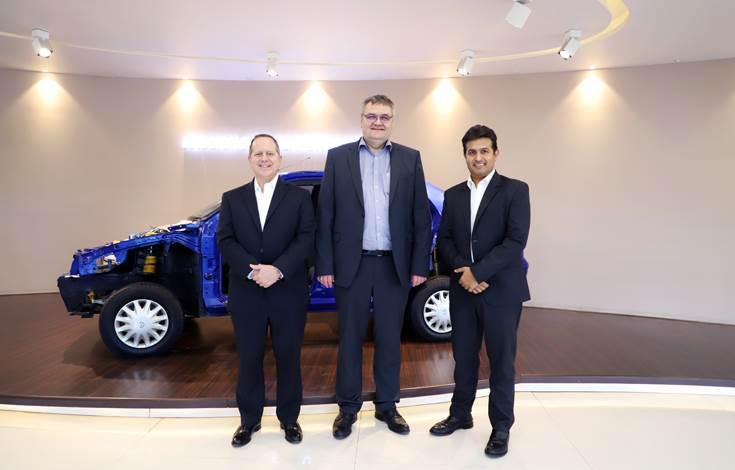 The Indian JV’s new board members, Claus Peter Spille and Joe Emmi were recently in the country to visit the Sujan CooperStandard’s facilities at Pune and Chennai. Claus Peter Spille, executive vice-president, ContiTech Vibration Control, said, “We are glad to be part of the India growth story and will offer our JV customers the latest technologies and innovative solutions in vibration control and lightweighting.”

Vijay Sujan, CEO of the India JV, commented: “We were happy to receive a warm welcome note from our colleagues worldwide, and feel part of the Continental family. We are delighted to have access to ContiTech’s R&D centres globally and now offer a better range of products and innovative technologies to our customers.” April 24 saw another German technology supplier make news. ZF Japan has developed an electric light commercial vehicle specifically for the Japanese market. The prototype vehicle has been developed by ZF Japan's engineering team at their Tech Center in Yokohama, collaborating with a team in ZF HQ in Germany in order to satisfy Japan’s unique requirements. The 'CeTrax lite'  is based on ZF's electric drive for passenger vehicles, which is an electric drive for LCVs with a GTW of up to 7.5 tonnes. Through ZF's approach of integrating an electric motor, power electronics, transmission and cooling system, the company achieved a compact and light driveline unit with a total weight of 120kg. 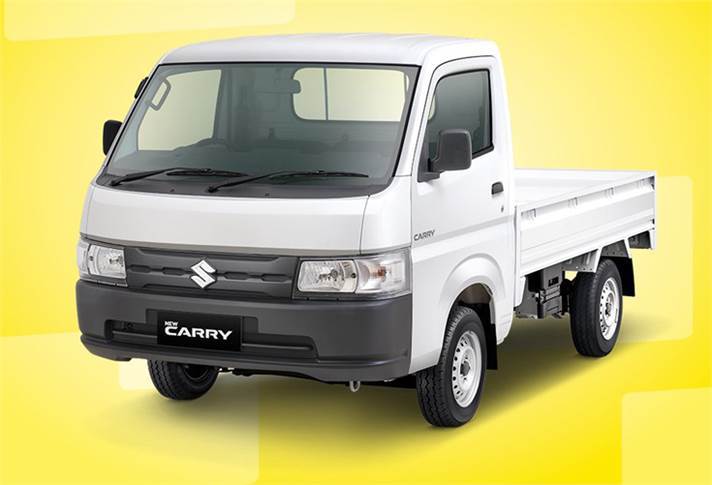 According to PT Suzuki Indomobil Motor, the new Suzuki Carry can transport more cargo with a maximum capacity of 1 tonne, the wider ‘tub’ can accommodate more items and can be opened from three sides. The driver cabin too is wider and can accommodate up to three people. On April 24, a week after it inked a pact with Mahindra & Mahindra to co-develop a midsize SUV for India and emerging markets, Ford Motor Co announced an equity investment of $500 million (Rs 3,492 crore) in US-based EV maker Rivian. In addition to the investment, the companies have agreed to work together to develop an all-new, next-generation battery electric vehicle for Ford’s growing EV portfolio using Rivian’s skateboard platform. 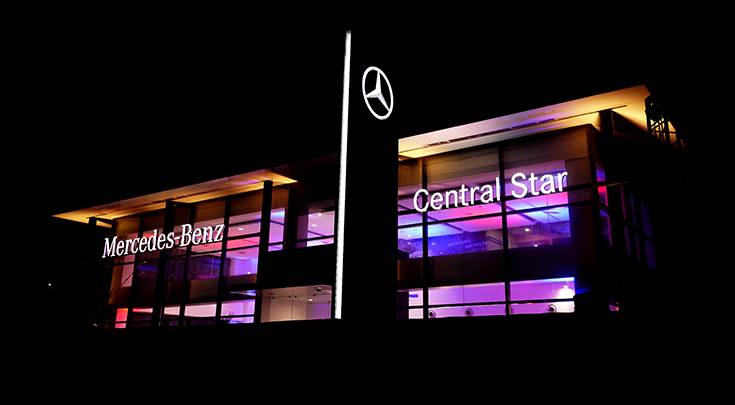 The same day saw Mercedes-Benz India inaugurate two state-of-the-art outlets in Nagpur in partnership with Garnet Motors. The showroom and the service facility set up in the heart of Nagpur, one of the fastest emerging Tier 2 regions of India, underlines the German luxury carmaker's  focus on emerging markets. Mercedes-Benz, which is celebrating its 25th anniversary in India, is just four dealerships short of crossing the 100 mark in the country. 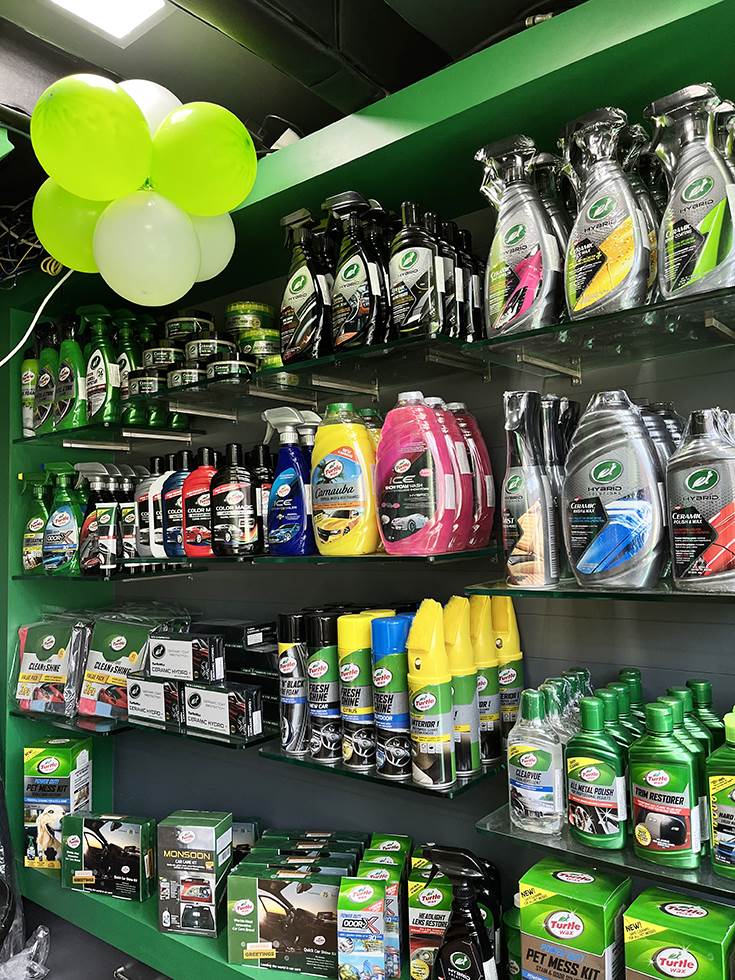 EV start-up Ather Energy has announced its plan to expand its operations to Chennai in June 2019.  With this, Chennai will become the second city the company is entering after its commercial launch in Bangalore in 2018. Ather Energy says it is entering its rapid expansion phase and plans to be in 30 Indian cities over the next couple of years. 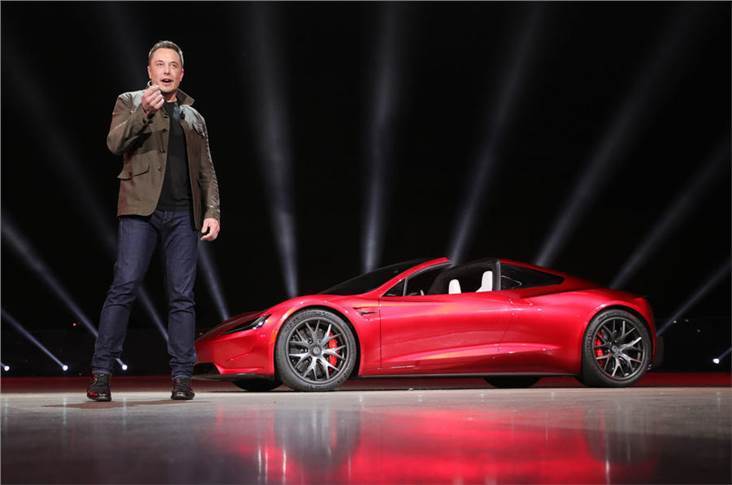 Tesla was also made news in the last week of April. Its EV-angelist boss Elon Musk says the company is planning robo-taxis by 2020.  Last month, Tesla started shipping cars that are said to be capable of fully autonomous driving, thanks to new hardware designed in-house.

Drivers can use this technology to adjust seven performance features including the maximum torque output of the motor, ignition, acceleration and deceleration abilities, regenerative braking capacity, maximum speed limit, responsiveness, and energy use on climate control. 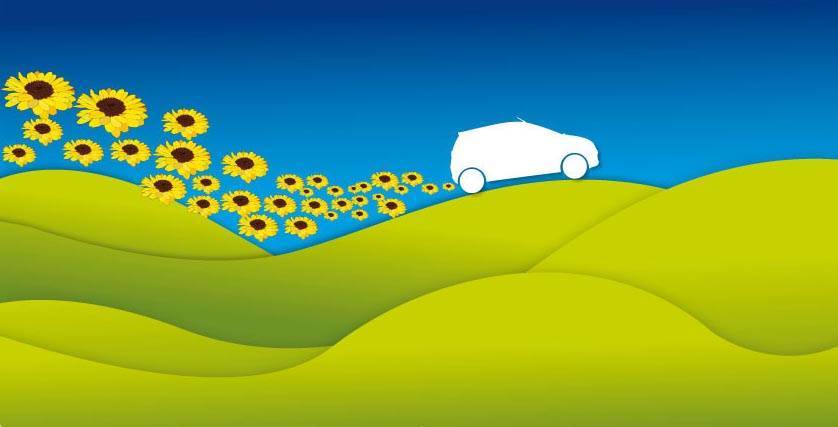 April 22, the opening day of last week, was Earth Day. It marks the anniversary of the birth of the modern environmental movement in 1970. Earth Day is now a global event each year, and over a billion people in 192 countries now take part in what is the largest civic-focused day of action in the world. It is day and a movement to protect the human race, biodiversity and the planet that we all live on. And the auto industry too is doing its bit to ensure green motoring. We did our bit by showing how you can s-t-r-e-t-c-h every precious litre of fossil fuel.