Today is Earth Day which marks the anniversary of the birth of the modern environmental movement in 1970. It is all about protecting the human race, biodiversity and the planet that we all live on. 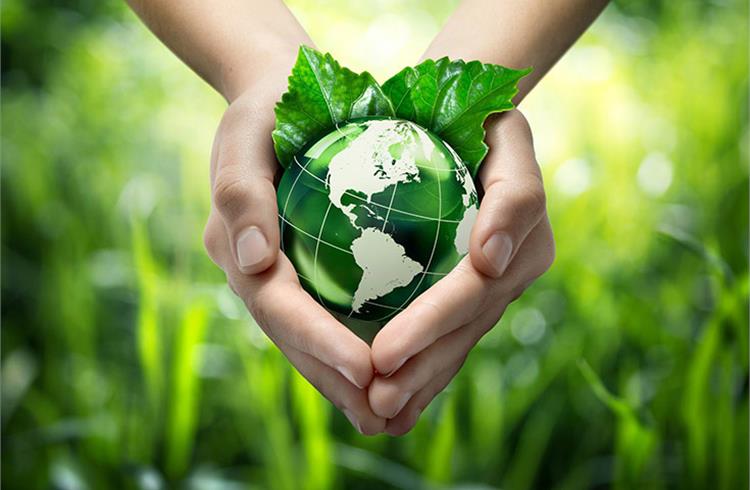 Today – April 22 – is Earth Day 2019. It marks the anniversary of the birth of the modern environmental movement in 1970. Earth Day is now a global event each year, and over a billion people in 192 countries now take part in what is the largest civic-focused day of action in the world. It is a day of political action and civic participation. People march, sign petitions, meet with their elected officials, plant trees, clean up their towns and roads. Corporations and governments use it to make pledges and announce sustainability measures. Faith leaders, including Pope Francis, connect Earth Day with protecting the human race, biodiversity and the planet that we all live on. And the auto industry too is doing its bit to ensure green motoring. 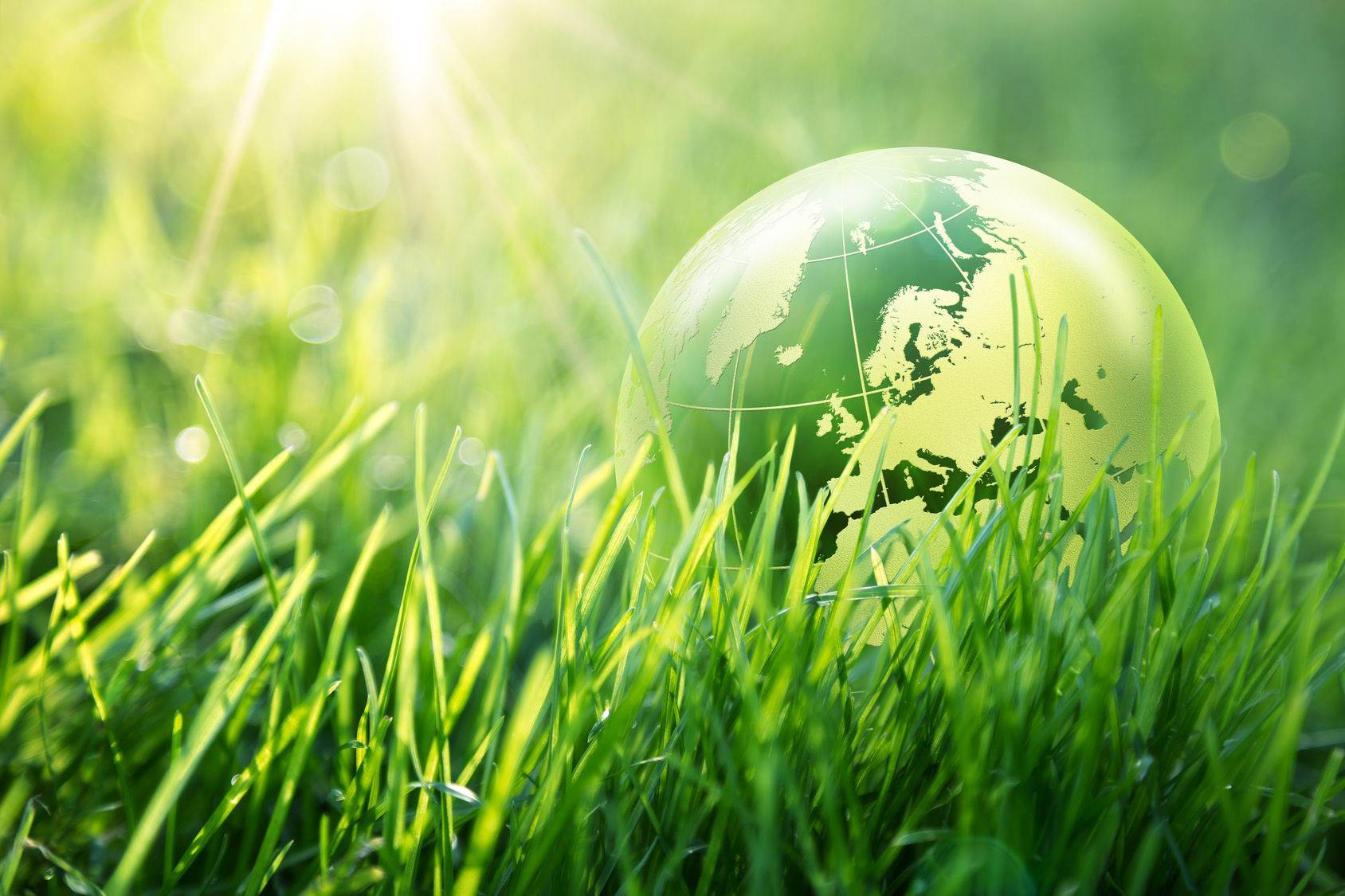 Each year, Earth Day marks the anniversary of the birth of the modern environmental movement in 1970. That year was the height of counterculture in the United States, it witnessed the death of Jimi Hendrix, the last Beatles album, and Simon & Garfunkel’s 'Bridge Over Troubled Water'. War raged in Vietnam and students across the US overwhelmingly opposed it.

At the time, Americans were slurping leaded fuel through massive V8 sedans. Industry belched out smoke and sludge with little fear of legal consequences or bad press. Air pollution was commonly accepted as the smell of prosperity. 'Environment' was a word that appeared more often in spelling contests than on the evening news.

Although mainstream America largely remained oblivious to environmental concerns, the stage had been set for change by the publication of Rachel Carson’s New York Times bestseller Silent Spring in 1962. The book represented a watershed moment, selling more than 500,000 copies in 24 countries, and beginning to raise public awareness and concern for living organisms, the environment and links between pollution and public health. Earth Day 1970 gave voice to that emerging consciousness, channeling the energy of the anti-war protest movement and putting environmental concerns on the front page. 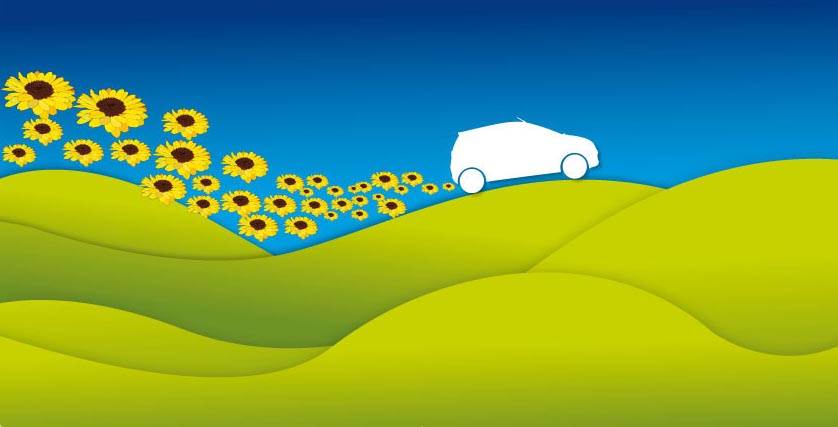 How to s-t-r-e-t-c-h every litre of fuel or plug in to EVs
Now, 49 years later, the automobile and automotive industries, are seized of the immensity of the environmental issue. Vehicle and component manufacturers are taking to new materials, technologies and processes to lightweight vehicles to s-t-r-e-t-c-h every litre of fuel to the maximum, motorists still tanking up on fossil fuel can also their bit to conserve petrol and diesel. Or shift gear to electrified vehicles. All in a bid to stave off pollution and save Planet Earth. India Auto Inc is making the shift to BS VI, which kicks in from April 1, 2020

As the Worldwatch Institute says, it's the last call for a healtheir planet – it's the only one we have.

The cost of fossil-fueled motoring, is going only one way – up. In Mumbai, motorists are paying a burning-a-hole-in-the-wallet Rs 78.52 per litre for petrol and Rs 69.56 for a litre of diesel. While we can’t do anything about the price of fuel, we can offer you a few pointers on how to increase your car's fuel economy. Follow these 10 handy tips to improve efficiency and get the best kilometres per litre from your car.

Tip 1: Remove weight
Remove excess weight. Take unnecessary bulky items out of the car, such as that golf bag you carry for the weekend and forget to take out for the rest of the week. Also, if the kids are staying at home, so can their teddy bears and other knick-knacks.

Tip 2: Reduce drag
Remove external carrying kit such as roof boxes whenever they aren’t being used. The car has to work harder to cut through the air due to the extra wind resistance such items create.

Tip 4: Plan journeys
Plan your journey. Avoid traffic black spots and busy times if possible, and get the map or sat-nav out to avoid getting lost and driving farther than necessary.

Tip 5: Turn off air-conditioning
Unless it’s really cold or uncomfortably warm in the car, leave the air-con turned off. Using it can put a strain on the engine and burn more fuel, especially at low speeds. The same goes for heated windscreens, demisters and other electrical appliances.

Tip 6: Change up early
Be gentle and change gear early. Accelerate and brake gently, and change to a higher gear as soon as possible. As a general guide, change up before 2000rpm in a diesel and 2500rpm in a petrol, without letting the engine struggle at low revs.

Tip 7: Use engine stop/start
Lots of modern cars are fitted with engine stop-start technology, which can be great if you let it work properly. Sit with your foot on the clutch and the engine will continue to burn fuel; take it off and you’ll save money and fuel.

Tip 8: Obey speed limits
Stick to the speed limits – it helps conserve fuel. Where it is appropriate, driving at a steady speed of 80 kilometres per hour (kph) instead of 110kph can improve fuel economy by 25 percent.

Tip 9: Read the road
Use gravity to your advantage and build up momentum when going downhill to help you then get uphill, rather than accelerating more to get up the incline. The best way to do this is to read the road as if you were on a pushbike and accelerate accordingly.

Tip 10: Use gravity
Look far ahead while driving and keep moving where possible by anticipating obstacles. Easing off the throttle and keeping momentum is better than speeding up, braking and then starting all over again.

Tip 11: Go electric
If you really want to make a difference, both to your conscience as well as to your wallet, then think electric vehicle (EV). Initial cost of the EV is on the higher side, albeit manufacturers and the government are working on strategies to reduce this. But in terms of greener motoring, this is a smart way to reduce fossil fuel consumption and also reduce CO2 levels.

Yes, there are challenges in the form of an inadequate charging infrastructure in India, few EVs on offer and fewer sales but this could change in the future.

TUNE IN TO AUTOCAR PROFESSIONAL ALL YEAR ROUND
If you're keen to stay abreast of the latest eco-friendly technological updates in the automotive world and the latest fuel-saving advances, we suggest you tune in to Autocar Professional, India's leading automotive B2B title, in print and online.

Top 10 most fuel-efficient scooters in India

10 most fuel-efficient motorcycles in India

10 most fuel-efficient automatic cars on sale in India