With petrol prices in Mumbai coming to Rs 81.91/litre (almost 82), have a look at some of the most fuel efficient offerings from the automotive industry. 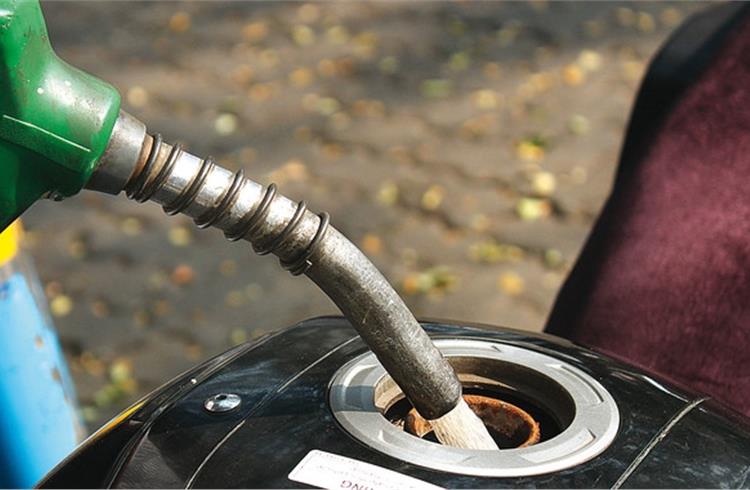 The Indian motorcycle segment is the largest within the automotive industry in India in terms of contribution by the sales volumes annually. A new two-wheeler is sold in the domestic market every two seconds.

Commuters’ obsession with motorcycles’ fuel-efficiency figures can be clearly seen with the visibility of the sheer volumes of the 100cc-125cc motorcycles on India’s urban and rural roads. ‘Kitna deti hai?’ is a commonly heard phrase amongst us Indians whenever we hear daily commuters and even non-commuters discuss motorcycles, scooters and four-wheeled vehicles.

The keenness among the general public for enquiring about the fuel-efficiency numbers can be observed even for the bigger capacity and the performance motorcycles. The high-priority given to the fuel efficiency by the rural and urban commuters has forced the motorcycle manufacturers to develop and fine-tune the engines to produce more running range on fuel consumed rather than generating better power output and torque figures. Instead, over time this has become a challenging domain for all global two-wheeler manufacturers to ensure the right-mix of fuel-efficiency numbers and power output is offered to the buyers.

It can be seen that while companies such as Hero MotoCorp, Honda Motorcycle & Scooter India, TVS Motor Company and Bajaj Auto work thoroughly on the fuel-economy of their entry-level models, brands such as KTM offer a viable mix of performance and mileage to buyers.

To mark Earth Day today, we have compiled a list of the Top 10 fuel-efficient motorcycles (based on the mileage claimed by the respective OEMs). 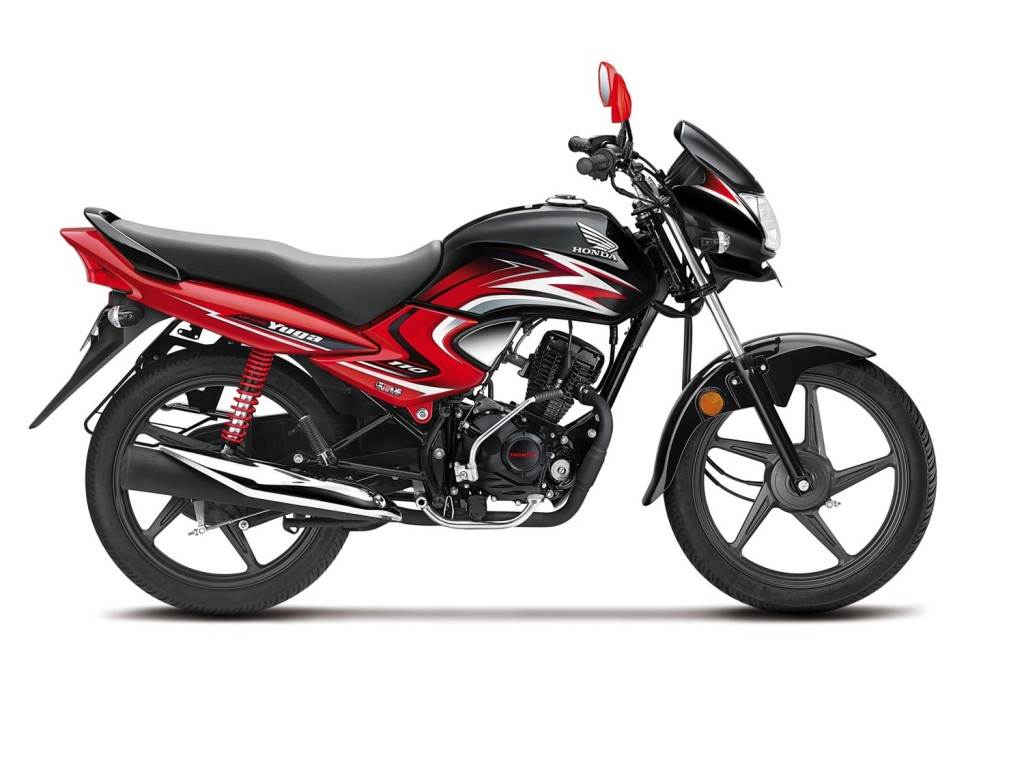 Powered by an 8.4hp, 110cc engine, which is mated to a 4-speed transmission, the Dream Yuga, as Honda claims, delivers 67.7 kilometres per litre. It retails for an ex-showroom Delhi price of Rs 52,741. According to the company, the new 2018 edition offers new low rolling resistance tyres, which further contributes to its fuel economy. 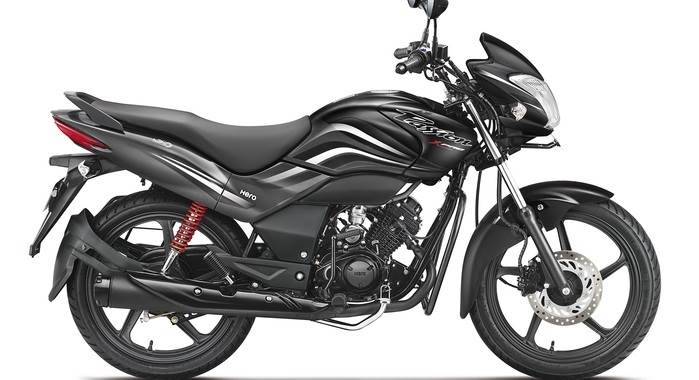 Three motorcycles from Hero MotoCorp’s stable claim to offer a mileage of 68.3kpl. All the three models are powered by Hero’s in-house-developed 110cc torque-on-demand engine. While the Passion X Pro retails at Rs 54,189, the Passion Pro has a Rs 53,189 sticker price and the Splendor iSmart is priced at Rs 52,468. All prices are ex-showroom, Delhi. 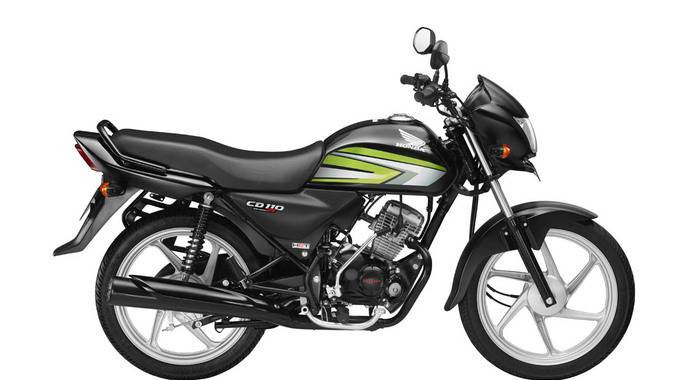 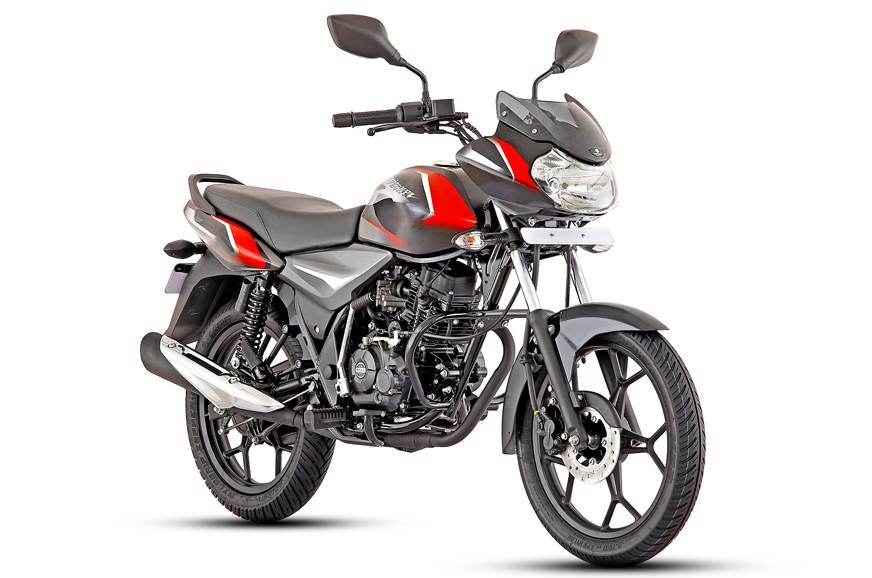 The only commuter motorcycle with a 125cc engine to enter this list comes from Bajaj Auto and delivers a surprisingly good 69kpl. It comes with a 5-speed gearbox and has a maximum power of 11hp. The on-road prices in Mumbai for this bike start from Rs 64,100. 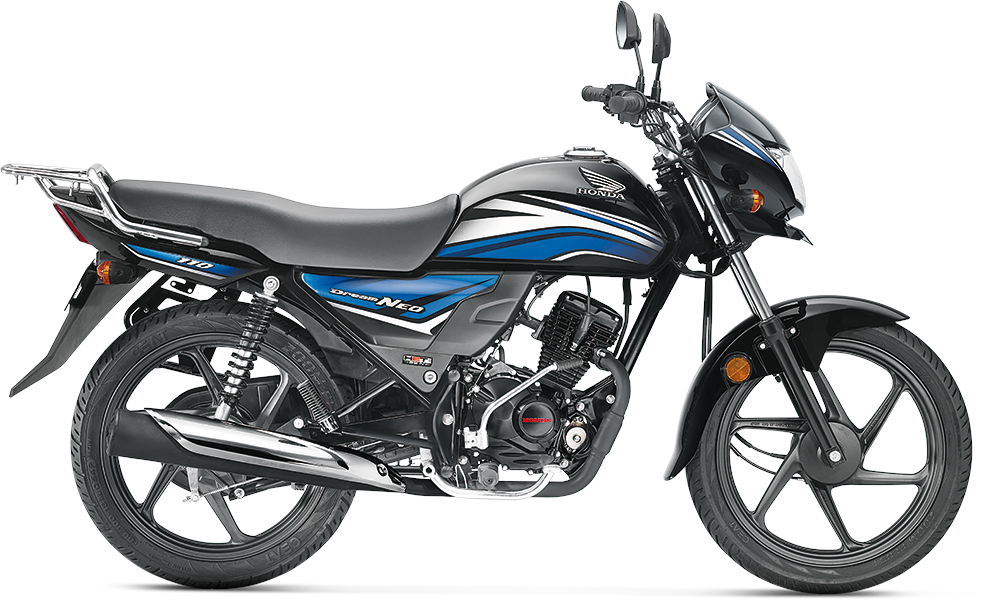 Honda’s Dream Neo appears to be the most fuel efficient motorcycle from its stable. It borrows the same 110cc engine along with the transmission set up that also features in the Dream Yuga and the CD110 Dream.

These three models (including the Dream Neo) are the most affordable motorcycles from Honda in the domestic market. The Dream Neo’s on-road price in Mumbai starts from Rs 59,500. 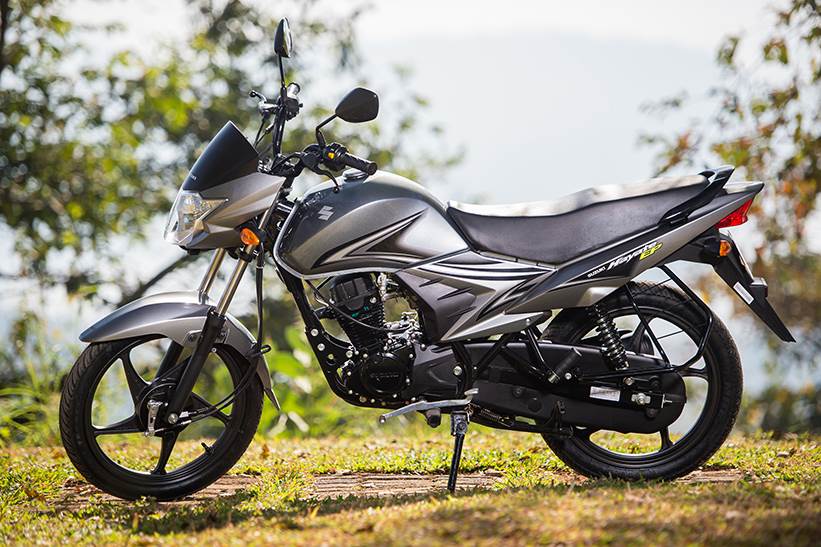 The Suzuki Hayate commuter was first launched in 2012 with an attempt to make a reasonable cut in the entry-level segment. Although initially it did sell, the model did not garner sales as per the company’s early expectations. 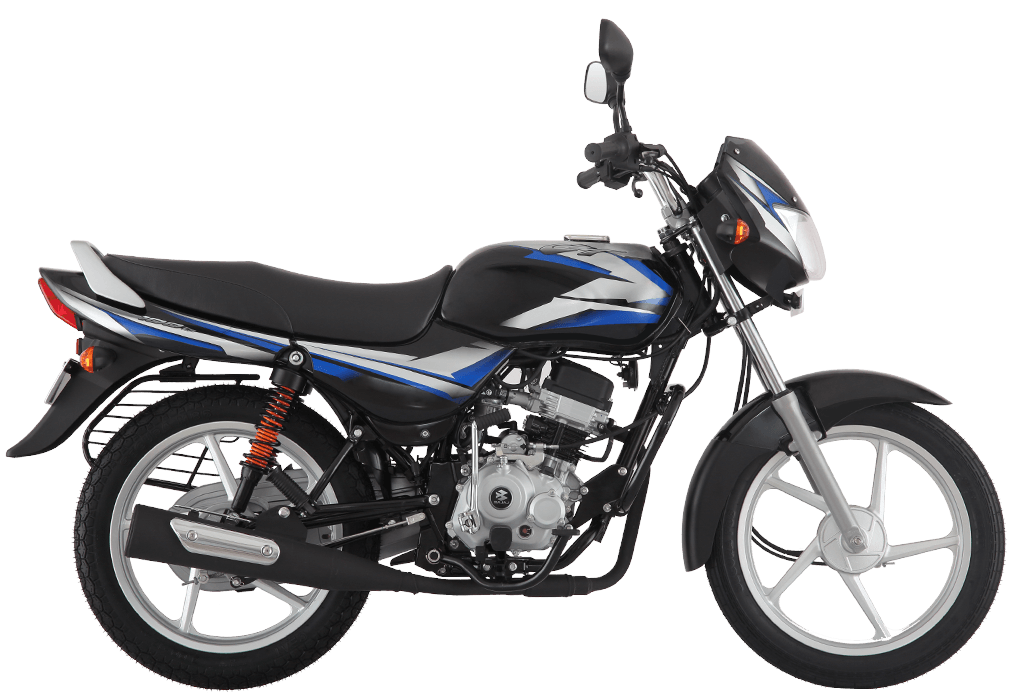 This Bajaj motorcycle comes with a 100cc engine and develops maximum power of 8.2hp. Its ex-showroom price in Delhi starts from Rs 39,885.

The CT100 was re-launched by Bajaj Auto in the domestic market recently with an aim to quickly grow its declining domestic sales. The CT100, along with its variants, did fetch good results to the company, and was in no time one of the top 10 bestsellers in the country. 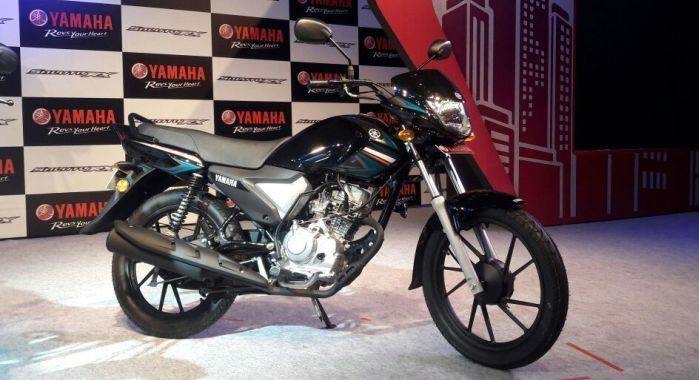 This is the most fuel-efficient two-wheeler from Yamaha in the domestic market. The Saluto RX is powered by a single-cylinder, 110cc engine that generates maximum power of 7.5hp.

It was Yamaha’s first fully localised model under its INDRA project wherein the company had worked with its suppliers to develop cost-efficient vehicle tailor-made for the local market requirements. Its on-road price in Mumbai starts from Rs 57,000. 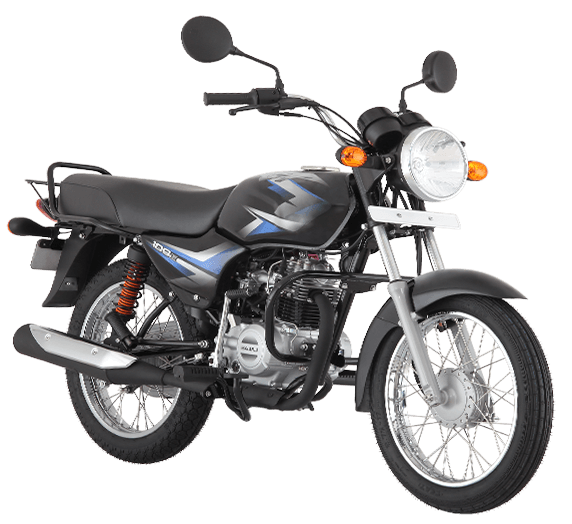 The CT100B, a stripped-down version of the CT100 model, is the most affordable motorcycle from Bajaj Auto. It is powered by an 8.2hp, 100cc engine that is used in other CT100 variants too. According to the company website, the CT100B comes at an ex-showroom, Delhi price tag of Rs 30,714. 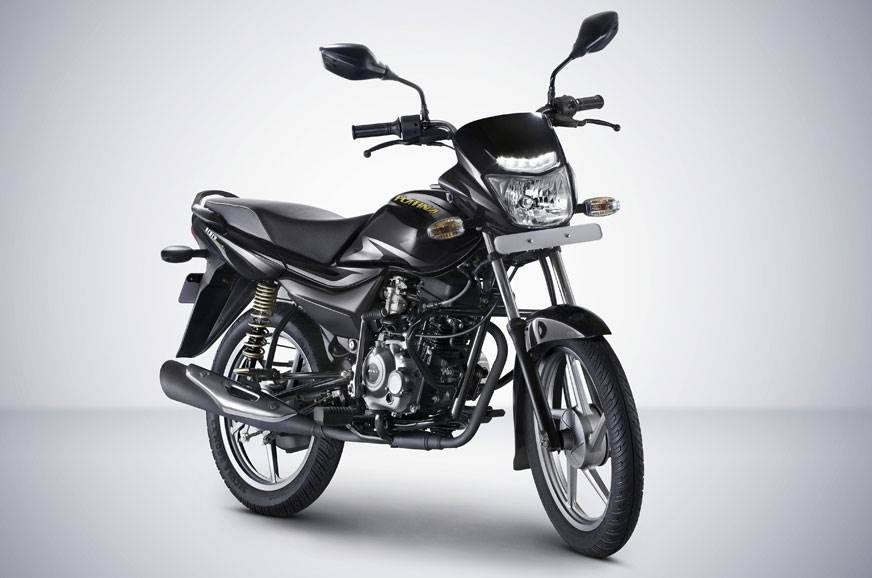 The Platina ES, now sold as Platina Comfortec, also offers a class-leading, longer-travel front suspension (135mm telescopic), which, according to the company, provides improved comfort while riding on bumpy roads. This, along with the class-leading fuel economy remains its unique selling point (USP). Its ex-showroom Delhi price starts from Rs 47,155, claims the Bajaj Auto website. 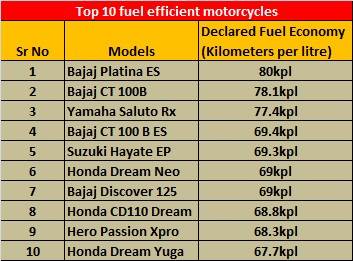