Meeting takes place at a time when the TN government is planning to do its bit in helping Ford find a buyer for its Maraimalainagar plant. 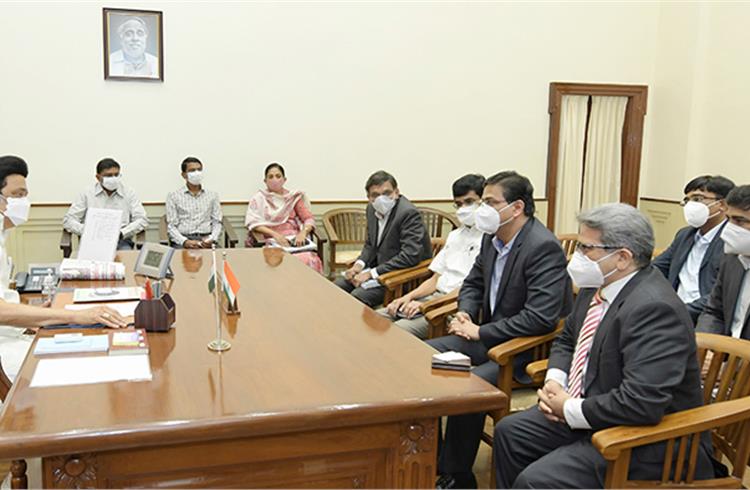 Tata Motors' Executive Director, Girish Wagh met the Chief Minister of Tamil Nadu, MK Stalin at the Secretariat in Chennai on Monday. He was accompanied by the company’s global head of government and public affairs, Sushant Naik and Regional Manager - South, KG Prasad along with other executives.

There is no indication what transpired at the meeting though it is happening at a time when the Tamil Nadu government is planning to do its bit in helping Ford find a buyer for its Maraimalainagar plant near Chennai. The American automaker had announced some weeks ago that it was stopping vehicle production both here and at its Sanand facility in Gujarat.

As an industry source says, it would be premature to infer that the Tata Motors team is keen on exploring this possibility. The company already has a slew of facilities for both commercial vehicles and cars across Jamshedpur, Pantnagar, Lucknow, Sanand, Dharwad and Pune. To that extent, it may not be in dire need of additional capacity at this point in time.

Yet, the timing of the meeting is interesting and from Tamil Nadu’s point of view, it will be more than pleased to welcome a brand like Tata Motors into its fold. The Tata group has already announced its intent to invest nearly Rs 5,000 crore in Hosur for electronic components.

Whether vehicle manufacturing will follow remains to be seen especially when speculation is rife about a buyer for Ford. Clearly, the state government is keen on finding a solution to the impasse and there could be some interested parties keen on acquiring the facility especially if this turns out to be a cost-effective proposition.

Analysis: Why Ford called it quits in India