Kinetic Green and Kinetic Engineering set to introduce the E-Luna soon; production of major sub-assemblies begins at Ahmednagar plant with initial capacity of 5,000 sets a month. 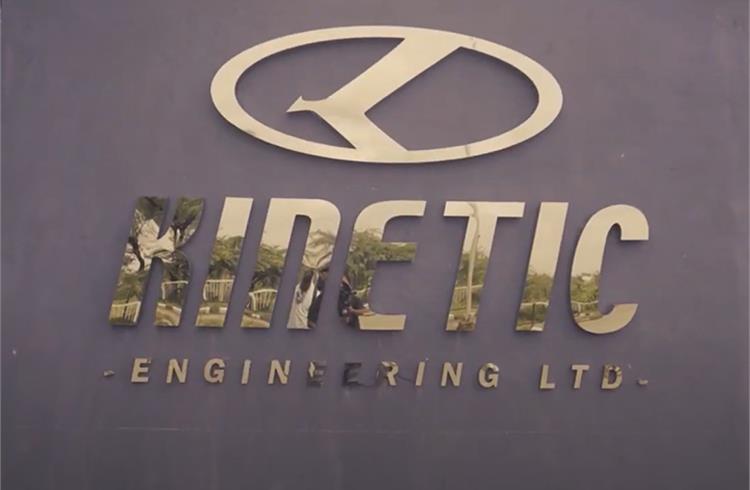 An iconic product from India’s two-wheeled past is set to roll out soon in a new EV-atar – the electric Kinetic Luna – from the Pune-based Kinetic Engineering Ltd (KEL), which also had another category creator in the Kinetic Honda.

Cognisant of the speedy growth of the electric two-wheeler market in India, KEL is targeting the last-mile delivery segment with the E-Luna, among other usage patterns.

Kinetic Engineering has commenced production of chassis and other assemblies for the E-Luna, which is to be launched soon by sister company Kinetic Green Energy & Power Solutions. KEL has developed all the major subassemblies for the E-Luna including the main chassis, main stand, side-stand and swingarm and has set up a dedicated production line with an initial capacity of 5,000 sets a month.

A brand-new line of over 30 welding machines has been set up for welding these critical and other parts at the company’s Ahmednagar plant which will also undertake full finishing and painting operations. KEL states that it invested over Rs 3 crore in upgrading its paint shop, press and fabrication shops. The parts for the E-Luna are expected to add significantly – estimated at Rs 30 crore annually – to KEL’s topline, beginning first quarter 2023.

Luna brand eyes yesterday once more as an EV
Fifty years ago, Kinetic Engineering had launched the Luna, priced at Rs 2,000. It soon became the most efficient, affordable and convenient transportation solution to India. At its peak, KEl saw sales of 2,000 Lunas a day and commanded a 95% market share in the moped category. It is estimated the Luna cumulative sold about 10 million units before it exited the Indian market. 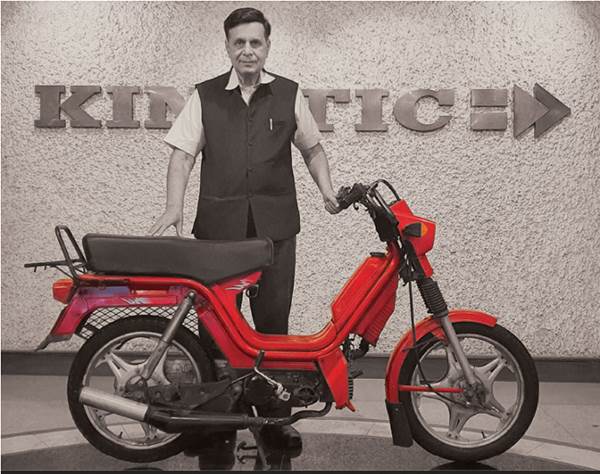 File picture of Mr Arun Firodia with the Kinetic Luna. At its peak, the Luna sold over 2,000 units a day and is estimated to have sold over 10 million cumulatively. Image: courtesy KEL

Ajinkya Firodia, MD, Kinetic Engineering, said: “It is amazing that the iconic Luna is coming back in its E-avatar. We are very proud to be making all the major subassemblies of the same and be a part of this legacy. At its peak, the Luna was selling over 2,000 units per day. I am sure it will do very well in its new avatar. We expect this business to add over Rs 30 crores annually over the next 2-3 years as the volumes of the E-Luna increase. This will also help KEL to boost its presence in the EV segment. KEL is emerging as a one stop shop for all the major mechanical subassemblies for electric two- and three-wheelers, which have witnessed explosive growth over the past 12 months.”

Kinetic Green to expand EV portfolio with E-Luna
Kinetic Green, which is headed by Sulajja Firodia Motwani, launched two electric two-wheelers in 2021. In September 2022, the company launched the Kinetic Zing High Speed Scooter, claimed to have a top speed of 60kph and range of 125km per charge. It is priced at Rs 85,000 (ex-showroom) inclusive of FAME subsidy.

Kinetic Green is also present in the electric three-wheeler market with its passenger and cargo vehicles and also builds electric golf-carts and buggies in partnership with Tonino Lamborghini of Italy. It has till now manufactured and cumulatively sold over 55,000 EV and grossed revenue of over Rs 500 crore.