The Sonet, along with the Seltos, has helped Kia power itself into a position of strength in the ultra-competitive Indian marketplace. 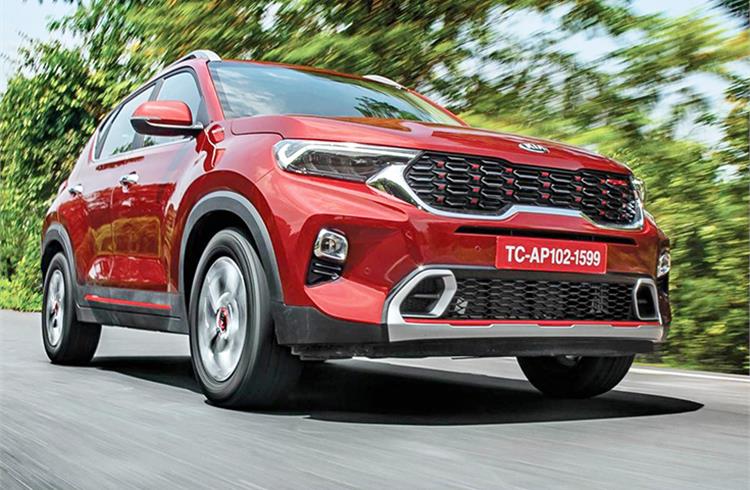 The Kia Sonet has turned a year old today in India. On September 18, 2020, Kia India launched the compact crossover with an introductory price-tag of Rs 671,000, ex-showroom in six trim levels, spread across Tech Line and GT Line variants.

What is creditable is that despite being launched when the Covid-19 pandemic was at most peak  in India, the Sonet has gone on to cross the 100,000-unit sales milestone. The company officially announced scaling of this sales landmark on September 14, 2021, which is 261 days or less than a year after its launch.

Available in 17 variants, the Sonet is the only compact SUV to offer a 1.5-litre diesel engine with automatic transmission, which Kia says contributes almost 10% to its overall sales. Top-of-the-line variants account for almost 64% of total sales. Also, almost 30% customers have preferred a connected variant of the Sonet and 26% opted for the carmaker’s iMT technology.

Sonet key contributor to Kia’s growing UV market share
In the past 12 months, the Sonet has also became the fourth highest-selling SUV in India, contributing almost 17% to the segment and 32% to Kia India’s overall sales. The Sonet, along with the Seltos, has helped Kia power itself into a position of strength in the ultra-competitive Indian marketplace.

In the April-August 2021 period, Kia has sold a total of 73,942 units, recording 161% year-on-year growth, albeit on a lower-year-ago Covid-impacted base.

Commenting on the 100,000 sales milestone,  Tae-Jin Park, Executive Director and Chief Sales & Business Strategy Officer, Kia India said, “We introduced the Sonet in September last year against all odds, and it would not be an understatement to say that it has rewritten Kia’s success story in India and has made a stronghold in the segment with its industry-leading features and specifications. The one-fourth contribution of iMT variant in total sales testifies that the model has also revolutionised the adaption of new technologies.”