The operating profit in the first half of 2019 went down to SEK5.5 billion as against SEK7.8 billion for the same period last year. 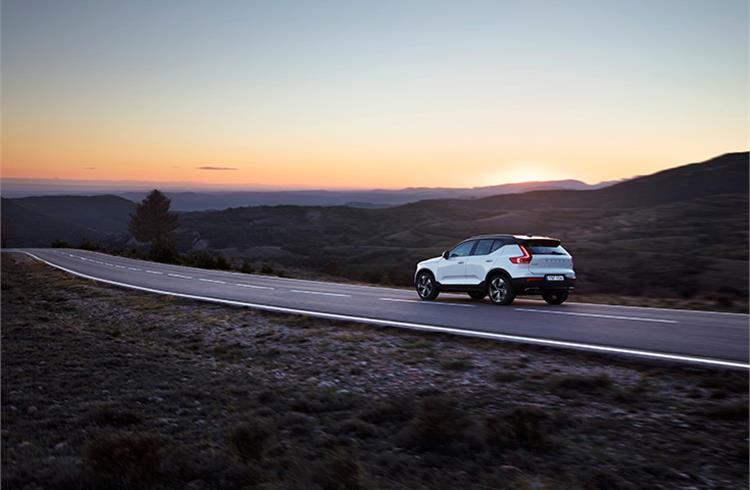 Volvo Cars today reported revenue of SEK130.1 billion (Rs 95,841 crore) for the first six months of 2019, up from SEK122.9 billion (Rs 90,531 crore) year-on-year and buoyed by what is claimed to be the best first half-year sales performance in the company’s history. For the first six months, sales amounted to a record 340,286 cars, a year-on-year increase of 7.3 percent. During the period, Volvo Cars grew consistently faster than the overall market.

Hakan Samuelsson, president and chief executive, emphasised that the company has prioritised growth and market share during the period, capitalising on the building momentum for the Volvo brand generated by an all-new line-up of award-winning models. He said, “At a time when most markets in the world see stagnating car sales, we have had strong growth in the first half. Increased pricing pressure and tariffs have decreased our operating profit during this period and the cost measures we took earlier this year will come into effect in the second half of the year.”

Volvo Cars has initiated additional cost measures within the company on top of already planned measures, which combined, aim to lower fixed costs by SEK2 billion (Rs 1,473 crore). These actions will come into effect in the second half of the year and running into the first half of 2020.

For the remainder of the year, Volvo Cars expects continued growth in sales and revenue, boosted by continued strong demand for the fully renewed product portfolio as well as increased production capacity. Market conditions are expected to put continued pressure on margins, but the combination of volume growth and cost measures is expected to result in a stengthened profit in the second half of the year compared with the same period last year.

PSA sells 1.9 million units globally in the first half of 2019