​The Group confirmed its product offensive in the second half of the year with the launches of New Clio and New Zoe in Europe, Arkana in Russia, Triber in India, and Renault City K-ZE the new electric vehicle in China. 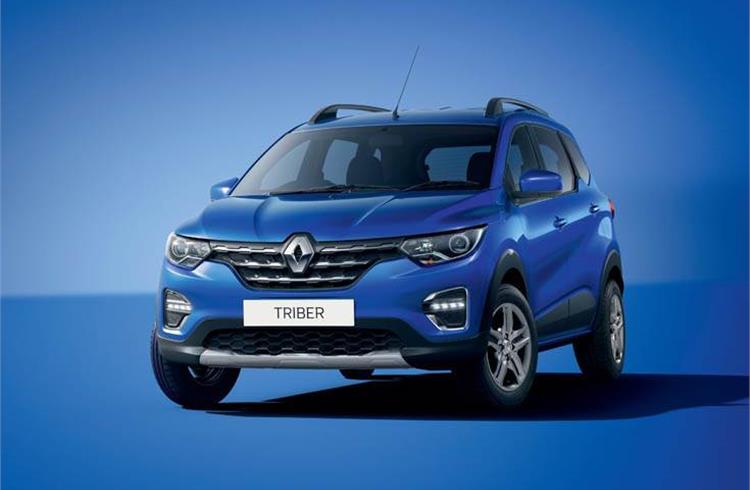 In the electric vehicle segment, Renault brand sales volumes worldwide increased by 42.9 percent (more than 30,600 vehicles). In Europe, the Zoe saw its volumes increase by 44.4 percent (25,041 vehicles) and Kangoo Z.E. by 30.7 percent (4,653 vehicles). In the second half of the year, in China, the Group will launch Renault City K-ZE and accelerate its offensive in electric vehicles by investing in JMEV, the fifth largest electric vehicle manufacturer in the country.

In Europe, Renault claims that its registrations were stable in a market that fell by 2.5 percent. The Group's B segment confirms its success (Clio, Captur, Sandero), along with the New Duster. According to Renault, Clio remains the second best-selling vehicle in Europe and Captur the first crossover in its segment. LCV sales also contributed, with a 7.5 percent increase in volume in a European LCV market up 3.7 percent.

The Group has confirmed that the new Dacia brand posted a new sales record in Europe with 311,024 vehicles sold (10.6%), as well as a record market share of 3.3% (+0.4 points). This increase is linked to the performance of the new Duster and Sandero.

LADA recorded a 2.5 percent increase to 174,186 vehicles sold, with a market share of 21.0% (+1.0 points) thanks to the successful renewal of its range. LADA Granta and LADA Vesta are the 2 most sold vehicles in Russia. 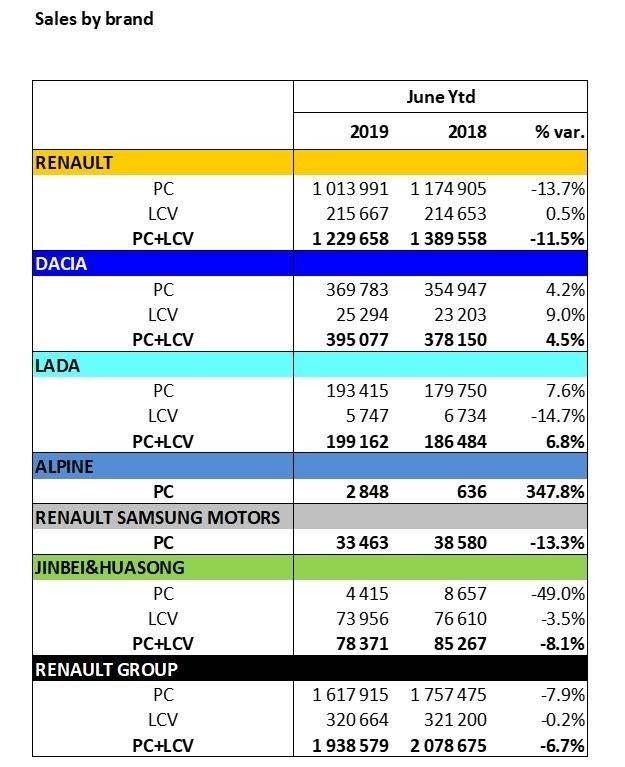 Outside Europe, the Group suffered in particular from the market decline in Turkey (-44.8%) and Argentina (-50.2%), and the end of sales in Iran since August 2018 (Groupe Renault had sold 77,698 vehicles in the first half of 2018). In Russia, the Group's second-largest country in terms of sales volume, Groupe Renault is the leader with a market share of 28.8 percent, up 0.45 points. Sales fell by 0.9 percent in a market that fell by 2.4 percent.

Renault brand volumes fell by 9.1 percent to 64,431 vehicles sold, pending the launch of Arkana in the second half of the year. In Brazil, the Group outperformed the market recovery, which rose 10.5 percent and its own sales increased by 20.2 percent to 112,821 vehicles and market share reached 9.1% (+0.7 points) thanks to the good results of Kwid, which was sold to more than 40,500 units, up 36.5 percent to become the fifth best-selling vehicle (9th in the 1st half of 2018).

In Africa, the Group is strengthening its leadership with a 19.3 percent market share with nearly 110,000 vehicles sold, thanks in particular to its performance in Morocco, South Africa and Egypt. The market share in Morocco remains at a historical level of 43.3 percent. Dacia maintains its leadership with the success of Logan and Dokker. The Renault brand is in second place with Clio, the best-selling vehicle in Morocco. In South Africa, Renault brand sales rose by 3.6 percent to nearly 11,900 units, representing a 4.9 percent market share.

In India, pending the launch of Triber in the second half of the year, the group's market share stabilised at 2.1 percent in the second quarter. Triber is a compact 7-seater SUV that is entering a segment estimated to occupy nearly 50 percent of the Indian market by 2022. Groupe Renault thus completes the local offer already comprising Kwid and Duster.

In China, Group volumes decreased by 23.7 percent in a market that fell by 12.7 percent pending the launch in the second half of Renault City K-ZE, the new electric city car. 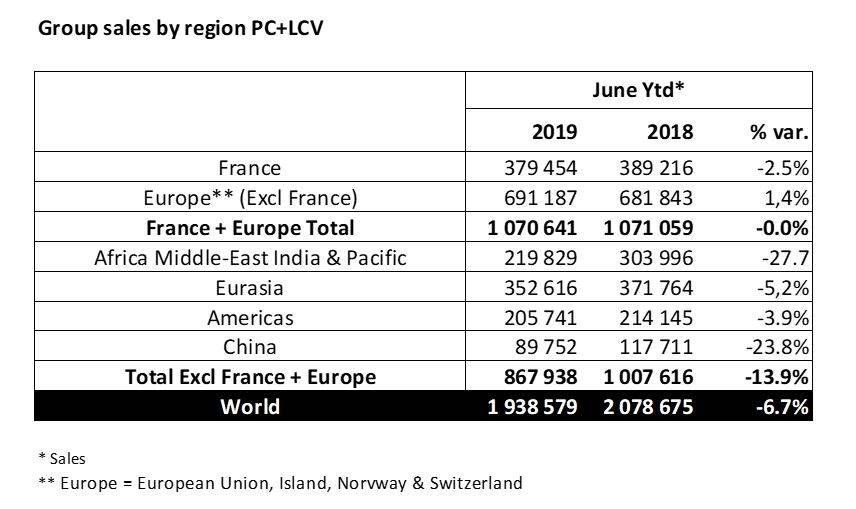 Olivier Murguet, member of the executive committee, sales and regional director of Groupe Renault said, "As expected and with no new products, Groupe Renault maintained its market share in the first half of the year in a market that was in sharp decline. This translates into a 6.7 percent decrease in volumes. In the second half of the year, we will focus on the successful launches of New Clio and New Zoe in Europe, Arkana in Russia, Triber in India and Renault City K-ZE in China." 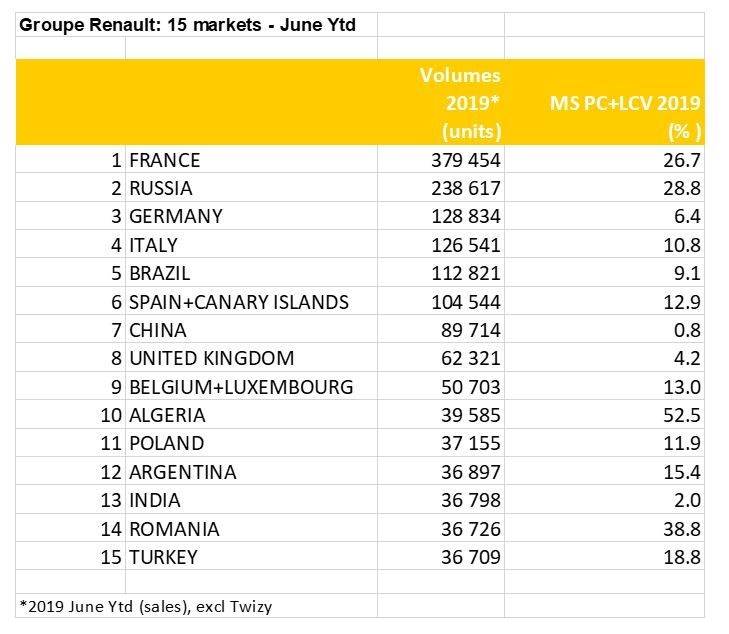