The most totally-random stuff also made by car companies

Join us as we look at some of the random and unlikely sectors car companies have ventured into. 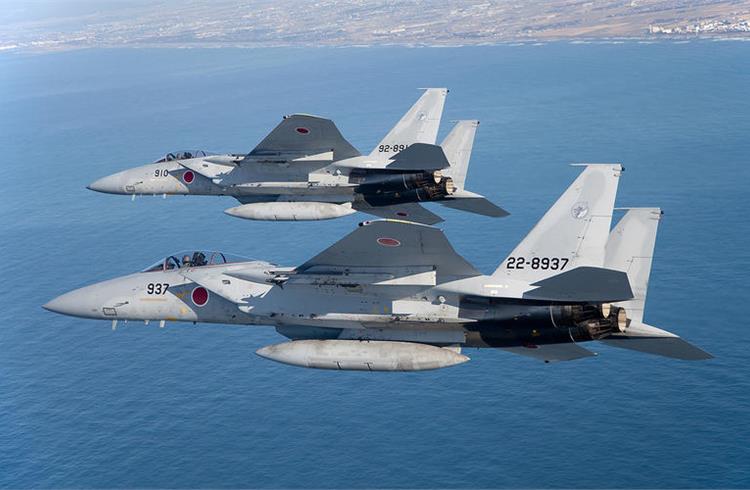 It’s tempting for car-makers to branch out of the automotive industry. For some, it’s a way to invest the profits from car-building into more lucrative areas. For others, it’s a way to stay afloat when an economic downturn crashes the new car market. Sometimes, what they learn outside the automotive area helps them inside it - and vice versa. And sometimes it's all totally and often delightfully unrelated. 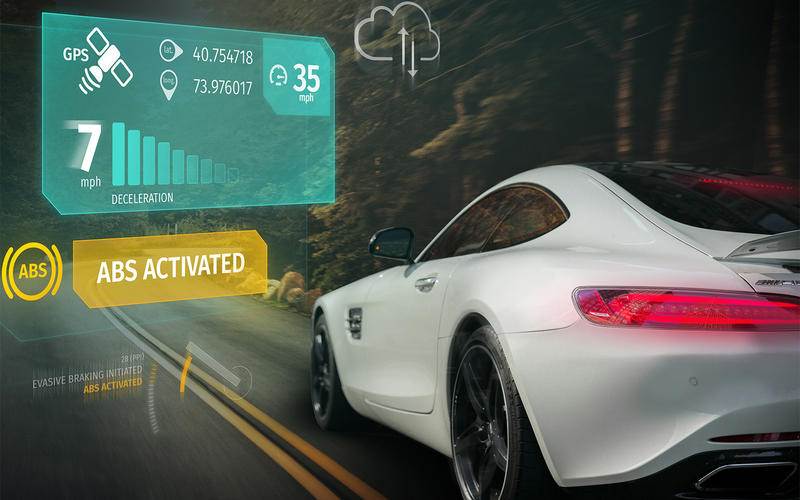 Rivals BMW, Audi and Mercedes-Benz set aside their differences when they jointly purchased the HERE mapping service from Nokia in 2015. Each partner holds an equal stake in the company, which was formerly called Navteq. Mercedes parent company Daimler explained the purchase ensures car-makers can mold a mapping service for their future self-driving cars without having to play by rules set by Apple or Google. 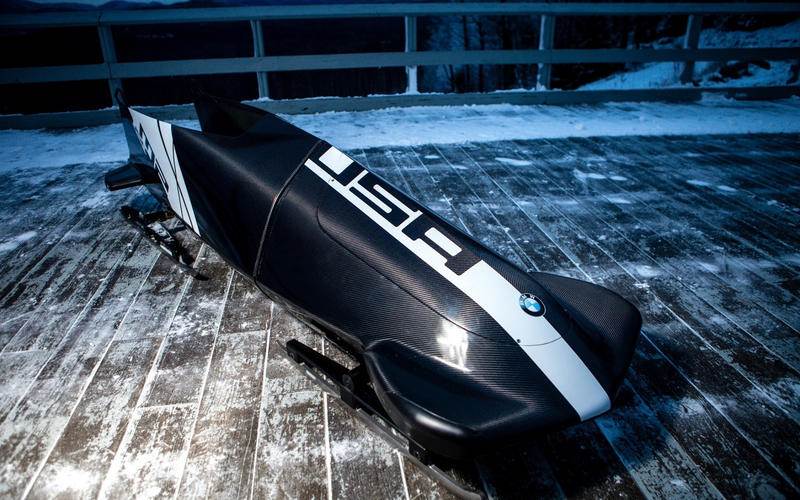 Starting in 2012, BMW’s North American division spent over a year designing a bobsled for the US Olympic team. It leveraged its expertise in composite materials to develop a light two-person sled made out of carbon fiber. Its experience in aerodynamics also came into play as stylists penned a brand-new sled design.

Equipped with the ultimate sledding machine, the American bobsledding team finished third at the 2014 Sochi Winter Olympics. It was the team’s first podium finish since 1952. 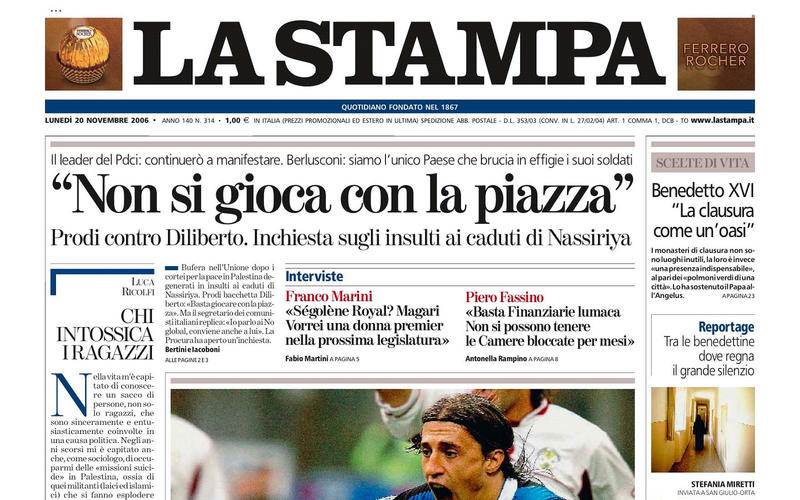 Fiat purchased Turin-based Italian newspaper La Stampa in 1926. Under Fiat ownership, La Stampa grew from a regional newspaper to one of the largest daily publications in Italy. Interestingly, it ran afoul of Libyan leader Colonel Muammar Gaddafi in 1978 after publishing a series of satirical articles about him. He threated to strike back at Fiat, not La Stampa, by putting it on a boycott list if the paper didn’t fire its editor. La Stampa stood its ground and Gaddafi didn’t keep his promise of black-listing the auto-maker.

In 2014, Fiat and the powerful Perrone family lumped La Stampa and ll Secolo XIX into a new company named Italiana Editrice. To this day, Fiat-Chrysler Automobiles owns a 77-percent stake in the business. 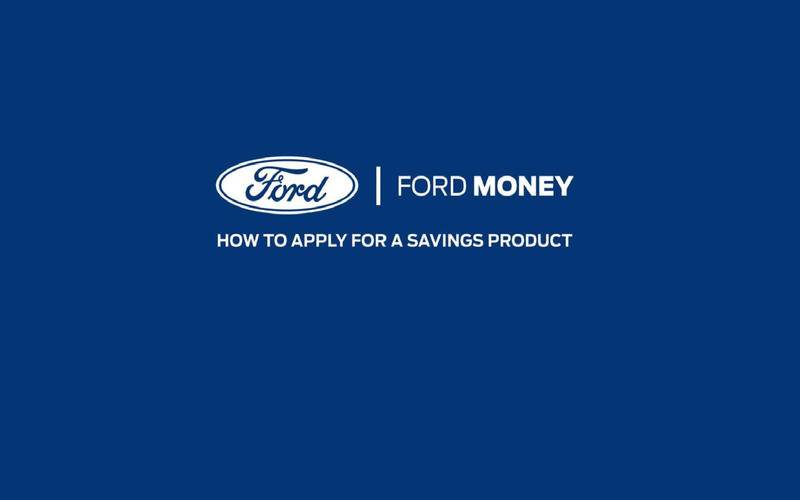 Ford wants to help you save for the new Ranger you’ve been lusting after. In Britain, its Ford Credit division obtained the banking license required to offer savings products like a flexible cash individual savings account, and currently offers a reasonably competitive annual interest rate of 1.17%. Ford Credit manages billions of pounds annually, according to its official website. Renault’s RCI Banque arm offers similar services in Europe. 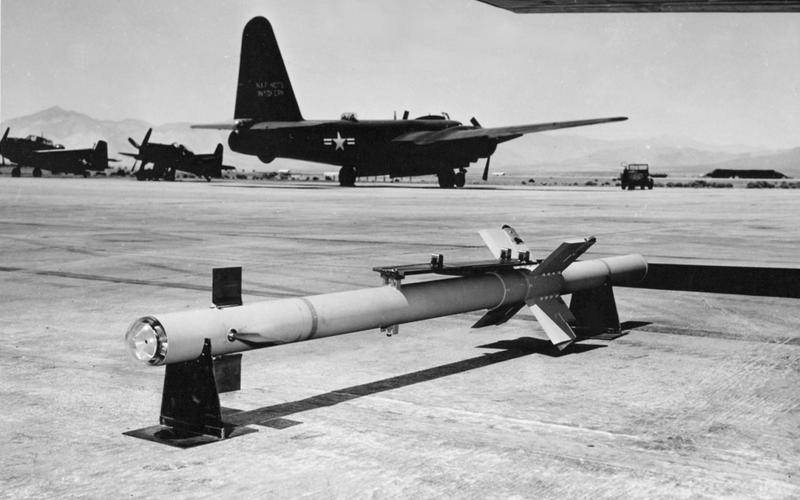 In 1951, Ford Aerospace secured a US Navy contract for the engineering and manufacturing of parts required to build the AIM-9 Sidewinder series of air-to-air missiles. The American firm initially produced the guidance and control sections of the weapon while helping with logistics.

The AIM-9 missile was widely used during the Vietnam War and dozens of countries still employ its various evolutions; notably Ronald Reagan ordered American fighters to be stripped of the latest AIM-9L ‘Niner Lima’ missile to be made rapidly available to Britain’s Royal Navy in 1982 when it was battling Argentina during the Falklands War. This new missile worked at all angles including head-on, and many suggest it gave Britain’s Sea Harrier jets a crucial advantage during the conflict, where they shot down 20 enemy aircraft against no losses in air-to-air combat. 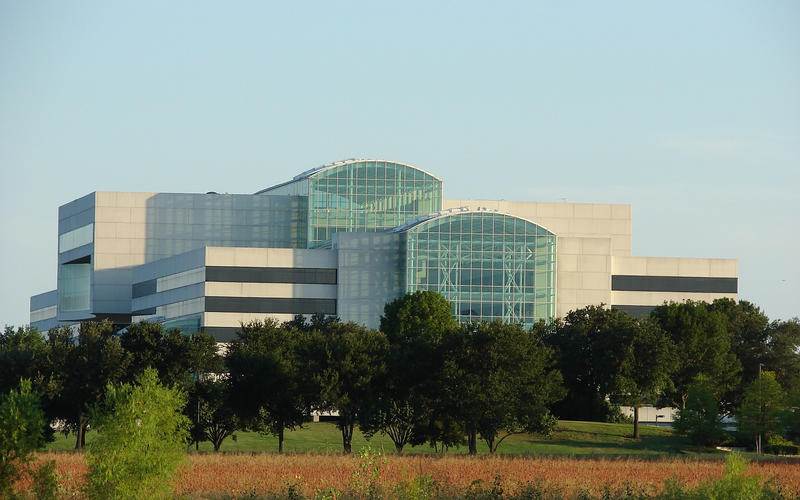 General Motors continued its expansion outside of the automotive industry in 1984 when it purchased Ross Perot’s computer giant Electronics Data Systems (EDS). Executives presented the investment as a surefire way to make GM’s computer systems leaner by leveraging EDS’ IT expertise. In turn, the changes implemented would help the car-maker better compete against its Japanese rivals at home and abroad.

EDS revenues boomed shortly after the sale but the relationship turned sour and it became evident the two companies couldn’t work hand-in-hand. GM spun off EDS in 1996 and Hewlett Packard acquired the company in 2008. It was in turn merged with Computer Sciences Corporation in 2017, and spunt out again, the resulting company now being known as DXC Technology. 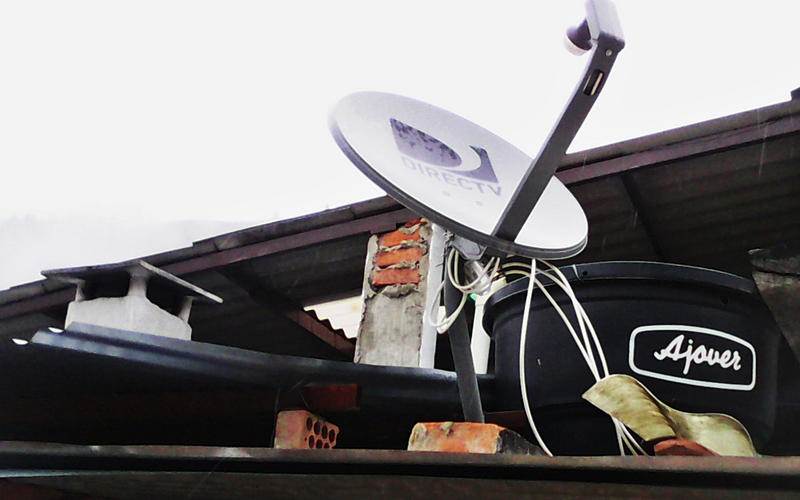 General Motors outbid Boeing and arch rival Ford in 1985 to purchase Hughes Aircraft from the murky estate of the deceased eccentric billionaire Howard Hughes. The company later merged with Delco Electronics to become GM Hughes Electronics, and the Hughes knowhow allowed GM to become the first car company to offer a production version of a heads-up-display, in the 1988 Oldsmobile Cutlass Supreme.

The newly-minted firm made car parts, commercial satellites and missiles, among other items. The company entered millions of American households when it launched a digital television service named DirecTV in 1994. As its profits fell, the American car-maker progressively divested most parts of the business in the late 1990s and the early 2000s, and DirecTV is now part of AT&T. 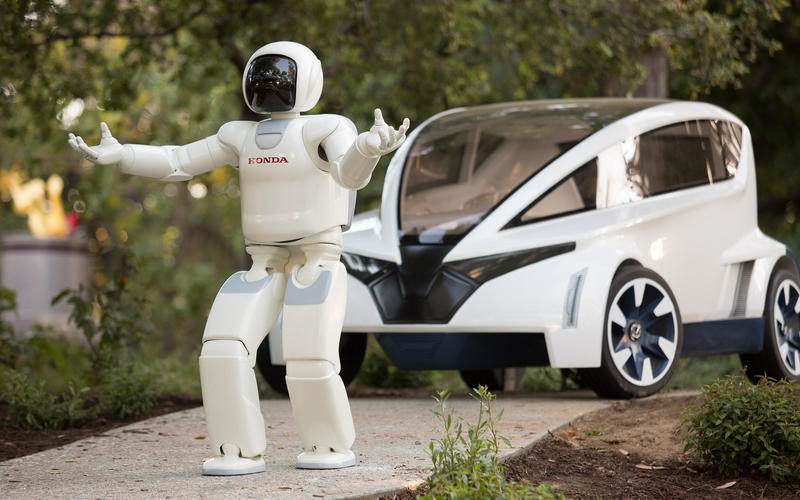 Hyundai can sell you a Santa Fe or build a train capable of taking you and hundreds of other passengers to Santa Fe, New Mexico. The company’s Rotem division designs and manufactures light rail vehicles, high-speed trains, diesel-electric locomotives and subway cars. The South Korean firm also makes tools, machines for assembly lines, artillery, aircraft parts and robots, among other products.

Mitsubishi’s car-building arm shares its name and logo with numerous other entities. The group’s areas of expertise include mining, building cruise ships, selling real estate, making electronic toll collection systems, designing high-speed trains and refining oil. Having built the fearsome Zero fighter during World War 2, it now builds Japanese versions of the F-15 and F-16 (pictured) fighters under license from Boeing and Lockheed Martin respectively. There’s a chance it made the A/C unit that keeps your office cool, too. 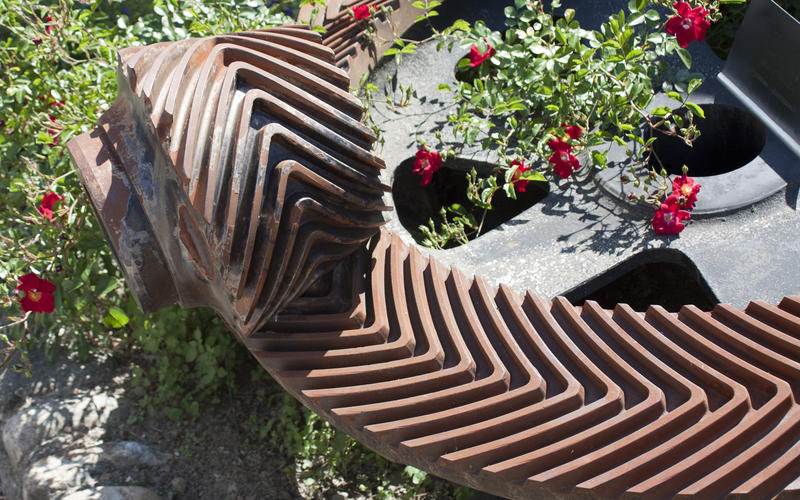 André Citroen’s first company specialised in making gears with V-shaped teeth. They were quieter than straight-cut gears and they were much stronger, though they needed to be machined with utmost precision. Patents in hand, Citroen started companies in Russia and in France that provided V-shaped gears to a long list of clients, including Skoda.

He founded the car company that bears his name in 1919. The double chevron logo its vehicles still wear today directly references Citroen’s start as an international gear-maker.

Peugeot began making high-wheeler bicycles in 1882. By the end of the 1880s its catalog included tricycles and regular bicycles with equal-sized wheels. Peugeot’s car- and bicycle-building division split into separate entities in 1926. The brand still exists today as part of the Cycleurope group, which also designs and manufactures Bianchi, Puch and Gitane bicycles.

Peugeot made its first hand tools in 1810, well before there was an automotive industry for it to leap into. The company continues to sell tools today including drills, drill bits, saws, grinding machines and vice grips. The Peugeot family sold the rights to the tool-making business in 2012 to a French company named MPO.

Peugeot sold its first coffee grinder in 1840 and it branched out into the pepper grinder business in 1874. Named Model Z, its first pepper grinder was originally made out of porcelain. The basic design is still in production today though it’s more commonly made of wood.

Named Poivrieres Salieres Production (PSP) Peugeot, the grinder part of the business is not operationally linked to Peugeot’s car-making division; cars and grinders aren’t designed in the same studio or built under the same roof. However, the Peugeot family that owns 14 percent of Groupe PSA that controls the carmaker also holds a 90 percent stake in PSP. 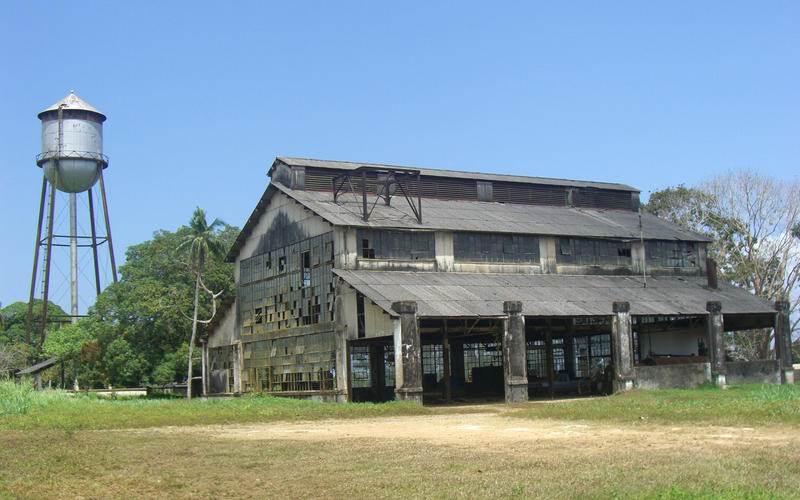 Henry Ford established an entire town in Brazil in a bid to secure rubber for car parts. Named Fordlandia, the project began in 1926 as a planned community with American-style houses buried deep in the Amazonian rainforest. The town was split up into distinct areas for the Brazilian workers and the American managers and it even included a hotel for visiting guests.

Tree and men were both prone to disease and the project was a magnificent failure. Ford deserted the town in 1934. He abandoned a second town in 1945 when he realised it was easier to make synthetic rubber than to harvest natural rubber in South America. Today, about 3,000 people live in Fordlandia.

Peugeot has mastered the art of branching out into new market sectors. In addition to grinders that come in all shapes and sizes, PSP also offers whisky tasting sets made up of a glass, a cooling base and a coaster. The glass’ unique design brings out the whisky’s flavor while the cooling base chills it after spending a couple of hours in the freezer. It’s one of our favorite Peugeot products after the 205 GTi.

Jaguar and Land Rover live under the same roof as the Indian Hotels Company. Owned by Tata, the group entered the world of luxury hotels in 1903 when it opened a five-star property in Mumbai named Taj Mahal Palace. It’s grown to become one of the largest hotel groups in Asia.

Tata’s activities don’t end where cars and hotels meet. It runs over 100 companies present in a dizzying array of segments. Tata notably provides computer systems support, makes coffee and Tetley Tea, supplies life insurance and transports passengers on an airline named Vistara. You could buy a plane ticket over the phone, get insurance for the trip, board a plane and buy a coffee in-flight without leaving Tata’s sphere of influence.

Ferruccio Lamborghini sold his eponymous business in 1974 and retired to hunt and make wine. The auto-maker ultimately joined the Volkswagen Group and none of its founder’s children work for the company. However, Ferruccio’s son continues to use the name and the logo on a line of luxury goods that touts Italian design.

The Tonino Lamborghini script shows up on sunglasses, watches, ties and wallets, among other items. The brand also makes two types of coffee (pictured), chocolate, vodka and energy drinks.

The battery technology that keeps Tesla’s Model S and Model X moving can also power a house during an outage. Named Powerwall, the device is a maintenance-free lithium-ion battery pack that draws electricity from the city’s power grid or from solar panels. Tesla promises a fully-charged Powerwall can keep the average house juiced up for about a week.

Not sure where to get a solar panel? Tesla makes and sell those, too.

By Toyota’s own account, it “builds 21st century comfort and luxury houses in Japan.” The Japanese auto-maker began dabbling in the housing market in 1975. Today, it offers three different types of pre-fabricated houses that take as little as 45 days to build and come with a 60-year warranty.