Once set aside for only the most hardcore Lamborghinis and McLarens, the lightweight material is becoming more affordable and widely used. 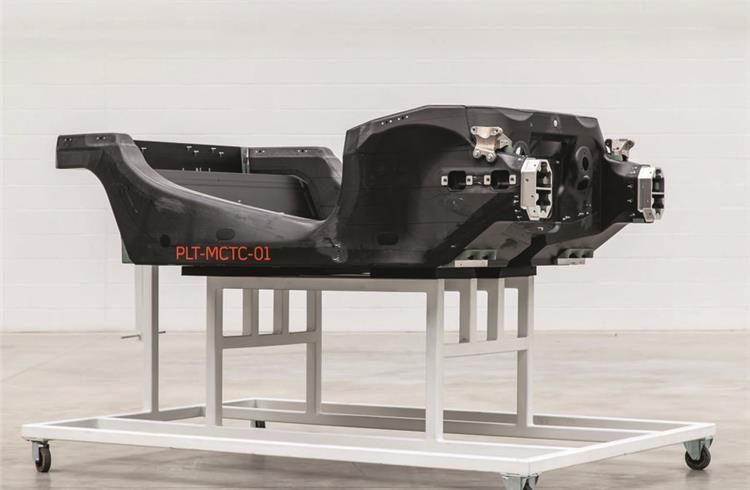 Outside of motorsport, regular users of advanced carbon fibre-reinforced plastic (CRFP) structures include McLaren, BMW and Lamborghini. The Italian firm built a new factory in 2010 to make the Aventador monocoque in-house, developing its own process called ‘RTM-Lambo’.

RTM – for resin transfer moulding – usually involves pressing the dry, resin-free lay-up together in a two-part mould and injecting the resin. RTM-Lambo is a lower-cost method of making high-quality body components.

The top half of the Aventador tub is made and part cured using the ‘prepreg’ method. Prepreg is a carbon fibre mat pre-impregnated with resin. It comes in rolls and is stored in a refrigerator, like ready-made puff-pastry, to stop it going off. Prepreg is the best way to make components with a shiny Class A finish, but it is expensive, so the bottom half of the tub is made using RTM-Lambo, like RTM but with a small, precise amount of resin added first to allow pre-forming of the basic shape. Finally, top and bottom components are pressed together in one large mould, impregnated and cured to complete the monocoque.

Past master McLaren handed the world’s largest order for CRFP production car monocoques to Salzburg firm Carbo Tech when McLaren Automotive was launched in 2010. Unlike Lamborghini’s approach, McLaren’s Monocells were made using straightforward RTM in steel moulds weighing 35 tonnes. The objective was not to speed up the process but to squeeze the ultimate performance from the chassis. Even so, each tub could be made 10 times faster than that of the McLaren F1 supercar. Now McLaren has its own resource, the £50m (Rs 441 crore) Innovation Centre in Sheffield, to produce Monocells and Monocages in-house, the first of which was delivered to the McLaren Production Centre in March.

The barrier to carbon fibre in the mainstream has been cost, partly because of the raw material itself but mainly because manual handling of the carbon fibre still plays a big part in the manufacture of complex structures. Production and process costs account for 33 to 75% of the overall cost of components. The BMW-Series ‘Carbon Core’ is a hybrid design with steel components embedded in the mould along with carbon, but despite rumours that the subsequent 5 Series bodyshell would follow suit, it didn’t, sticking with steel, aluminium and magnesium. The closest yet to a mainstream CRFP bodyshell has been that of the BMW i3 but it and its construction may not necessarily continue after the current model.

A breakthrough in cost-cutting may be on the horizon, though. Voith Composites developed an automated system called the Voith Roving Applicator to make the CRFP rear panel and parcel shelf for the Audi A8, calling it “a breakthrough technology in the composites world”. For now, though, aluminium remains a favourite for mass-produced cars and is more sustainable, taking 95% less energy to recycle it than to make the stuff in the first place. 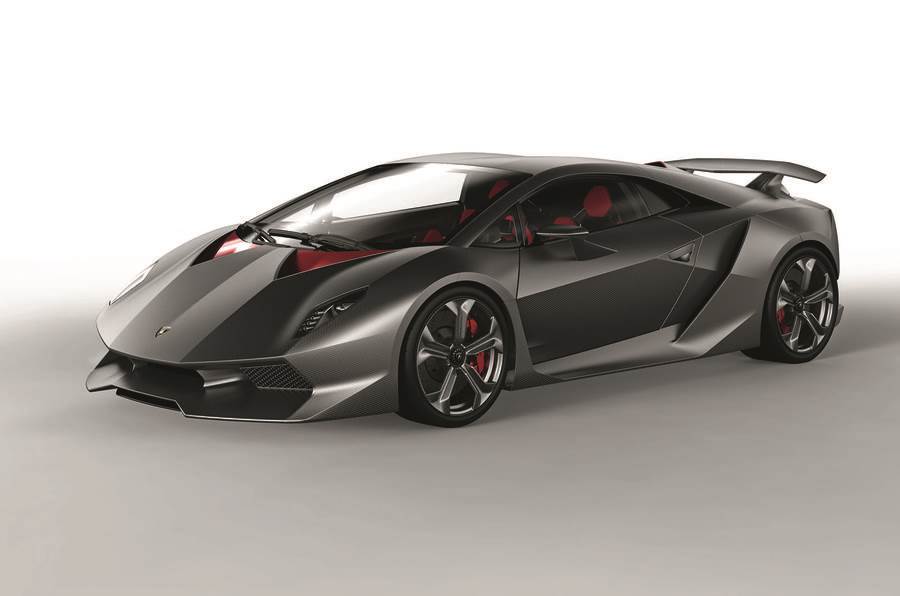 Developed by Lamborghini with golf club manufacturers Callaway Golf and hailed as a material of the future, Forged Composite consists of short carbon fibres mixed with resin, injection moulded and cured in just two or three minutes. It was used to make the Sesto Elemento concept car a few years ago and some small production parts today, but while 30 percent cheaper than RTM-Lambo, it has yet to achieve the breakthrough in car manufacturing once hinted at.