Hero MotoCorp's Chairman continues to steer his company as market leader with a huge lead over former partner, Honda. After the tie-up with the iconic American brand, will it emerge as a ‘Hero’ for Harley’s fate in India? 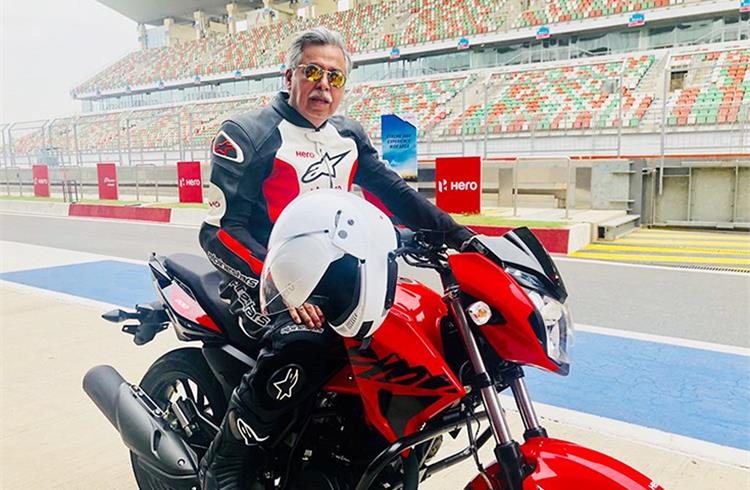 Hero MotoCorp's Chairman continues to steer his company as market leader with a huge lead over former partner, Honda. After the tie-up with the iconic American brand, will it emerge as a ‘Hero’ for Harley’s fate in India?

His critics have constantly maintained that it would only be a matter of time before his company was relegated to the sidelines after the split with Honda over a decade ago.

Not only has Pawan Munjal had the last laugh but during this traumatic year of Covid-19, the Chairman of Hero MotoCorp has ensured that it remains comfortably ahead in this intensely competitive two-wheeler market.

Sales have been at extraordinary high levels and clearly fuelled by the buoyancy in rural India. It is to Munjal’s credit that he readied his team for this boom and ensured that Hero got its customers in place.

Long back on the Amalfi coast, an enterprising Italian was luring tourists to his little bistro in broken English, “If life has given you lemons, we will give you limoncello.” Whether you like the zingy limoncello or not, it is hard to deny the uniqueness of the approach and Munjal represents the perfect example.

It is his view that one “needs to look for opportunities in every crisis” coupled with the belief that India’s key advantage is having one of the world’s largest youthful  populations. “For that, we must invest in technology and quality upgradation and most importantly in digitisation. The rural economy has picked up, given the stimulus push as well as a favourable monsoon,” Munjal has stated.

The outlook also highlights the Hero MotoCorp chief’s keen grasp of market dynamics in the two-wheeler space and the fact that rural India would see robust demand with the gradual phaseout of the lockdown. The fact that the company has significantly added to its market share, coupled with November sales being on the double-digit growth trajectory, shows that the strategy is working.

Munjal envisages Hero to transform to a company that can well be called the ‘Future of Mobility’ towards which investments of Rs 10,000 crore have been earmarked for R&D, alternate mobility solutions, network expansion and brand-building across the globe.

After the iconic American motorcycle brand, Harley-Davidson exited India in late September, Hero MotoCorp has taken over distribution of its bikes, parts and accessories at the 30-odd dealerships as well as retail them from its own network.

This move is in sync with Munjal’s belief in partnerships and collaborations where“connecting, communicating and collaborating” is his favourite mantra. He is also upbeat about prospects in electric mobility borne out by Hero’s recent Series D funding in EV maker Ather Energy.

The Harley collaboration marks a new challenge for Hero and it will be interesting to see how this pans out in the coming months and years. Munjal knows only too well that there are big challenges ahead in this decade even while his company continues to be the ruler of the two-wheeler market.

Rivals like Bajaj Auto may not be breathing down Hero’s back in a big way but the fact remains that it has entered into an interesting alliance with Triumph for midsize motorcycles. TVS, likewise, has bought out Norton Motorcycles but neither of these moves will upset the Hero applecart at least for now.

Former ally, Honda, has been constantly eyeing the No 1 spot but the tug-of-war is proving to be tougher than it thought. Hero is clearly no pushover and has a handful of strong brands that still have a very strong customer connect. The rebound of rural demand is also good news for motorcycles, which means scooters have taken a backseat in urban India.

Honda’s Activa is the lead brand in scooters and the company will be hoping for demand in cities to bounce back soon. Even when that happens, Hero MotoCorp will be ready to fight it out. Pawan Munjal is in no mood to give up his crown in a hurry.

This was first published in Autocar professional's 16th Anniversary issue on December 15, 2020