The Indica was India’s first indigenously engineered car that had a good run and its platform was used to make a range of body styles. 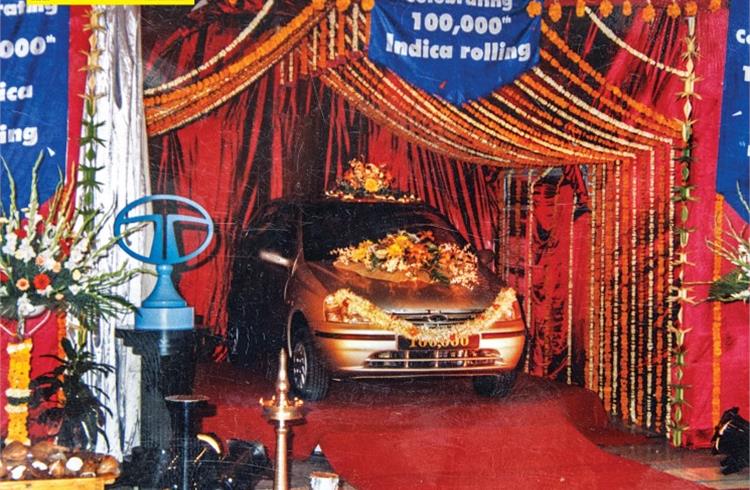 It was the year 1998, and the Auto Expo in Delhi had the Who’s Who present when Tata Motors, a company associated with bulky trucks and boxy SUVs displayed its first offering for the passenger car sector.

The new car was designed by IDEA of Italy, but engineered in India. And it was at this very show that the Fiat Palio was also displayed drawing comparisons to the Indica,  and there were more than casual remarks that the design may have been copied.

The Indica launch was a spectacular affair with a Ukrainian ballet troupe in attendance. It was Ratan Tata’s defining moment and he expressed his feelings: “The path we chose was criticised by those who said such a task could not be undertaken by us. Having undertaken that, we now have a car that reflects the dedication and enthusiasm of the entire Telco team of young engineers.” Murasoli Maran, the minister for heavy industries at the time and a special invitee, called the house of Tatas ‘the Kohinoor of India’.

Much was riding on the Indica and it was a momentous milestone for a company keen to carve a niche in the passenger car segment. Finally, when the car was launched, it received over 1 lakh bookings. The 5-door hatchback came at a base price of Rs 2.6 lakhs. A worried Maruti cut the price of its bread-and-butter 800 by around Rs 30,000!

When the first Indica was being developed, there were several speculations surrounding the car. In an interview, Tata said the car had the mileage of a diesel car and an interior as big as HM’s Ambassador. In fact, one of Tata’s advertisements for the company played up this aspect. The car was launched with all the specs that Tata mentioned and even featured like air-conditioning, an upmarket feature for any car back then.

The Indica had many firsts to its credit. It was India’s first diesel hatch and it was the first car to be badged for the UK market  as an MG Rover thanks to a tie-up with the British company. However, the Rover was overpriced and could not take on its superior models and was later axed. In the local market, the Indica was up against the Maruti 800 and was also perceived to be miles ahead of Fiat Uno, Maruti 800 and Maruti Zen, its competitors back then. Tata Indica was also roomy and its interiors had a functional design along with great finishing.

But things did not go as per script. Understandably, Tata Motors did not have the required skill sets in the engineering domain that were  needed in this segment. The Indica was challenged by a slew of mechanical issues and in fact many were just driven back to the dealers by irate customers. With cars like the Maruti Wagon R and Santro coming up, the Indica was really up against tremendous competition. 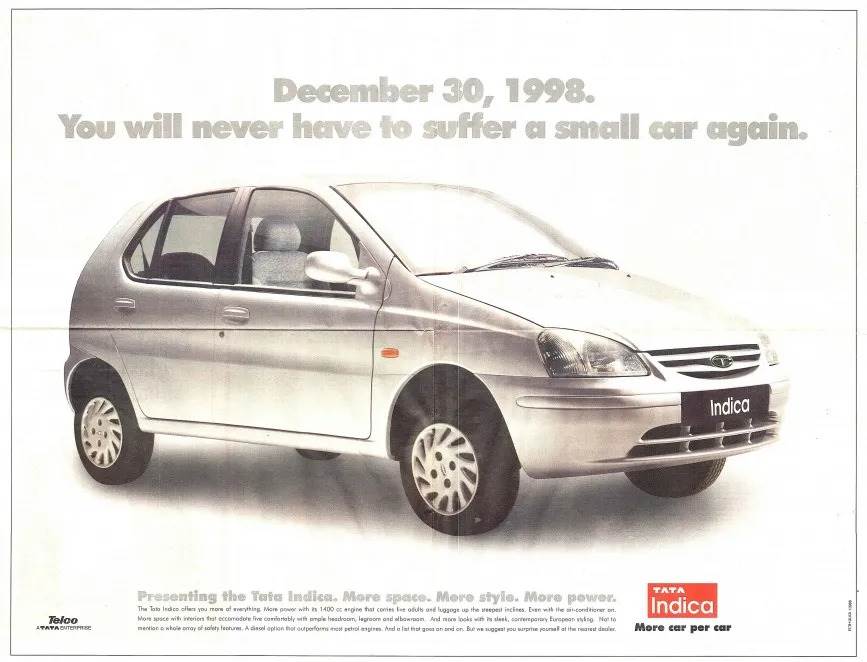 To set a context to the Indica journey, it must be remembered that this was the first decade of India’s reforms that were spelt out by finance minister Manmohan Singh in 1991. The licence Raj was now being slowly dismantled, and thanks to broad-banding which meant that companies could now make products beyond what the licence specified (in Tata’s case, trucks and buses) and so Tata forayed into cars.

Looking back, the Indica wasn’t quite the spectacular product it was aimed to be but to be fair to Tata, it was still learning the ropes of building a passenger car. It then launched the  Indica V2 that attempted to fix the flaws that had plagued the first model and had disappointed many a customer. This was Tata’s more affordable car and the advert campaign sought to play up with the words, ‘More Car per Car’.

The Tata Indica V2 did well, and at the height of its existence sold 140,000 units. The diesel variant of Indica V2 had little to no competition then and the car had great mileage along with good ride quality. It also entered the taxi car segment and this boosted the sales numbers. Way back in those days, it was quite a common sight to see the Indicas plying on the Mumbai-Pune highway.

The Indica’s extended family included a slew of other variants like the Indigo (sedan), Marina (estate) and CS (Compact sedan) versions developed on the Indica’s platform.  In fact, the Indigo CS invented the compact sedan segment. The X1 platform that underpinned the Indica family has been good for Tata with the Nexon being built on it and so in a manner of speaking, there is a bit of this pioneering hatch in Tata’s Nexon portfolio.