American motorcycle manufacturer acknowledges that growth lies outside of America and it is now aggressively eyeing growth in emerging markets with India being the top priority. 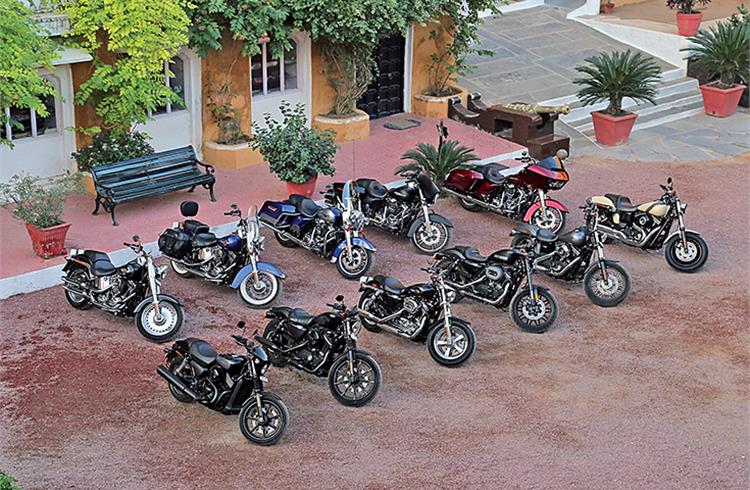 Never before was India highlighted the way it is now in Harley-Davidson’s global mid-term growth plan. The iconic 115-year-old American motorcycle manufacturer has finally acknowledged that growth lies outside of America and it is now aggressively eyeing growth in emerging markets with India, not surprisingly, being the top priority.

With declining revenues, profits, sales and market share, America’s most popular motorcycle manufacturer Harley-Davidson is now looking at the emerging economies, India being on the top of its priorities, to resurrect its fortunes.

In its global growth roadmap revealed on July 30, 2018, the company has boldly highlighted its plan to develop affordable, small-displacement 250cc-500cc motorcycles for India. The official communication from the company reads, “H-D is developing a more accessible, small-displacement (250cc to 500cc) motorcycle for Asia emerging markets through a planned strategic alliance with a manufacturer in Asia. This new product and broader distribution is intended to fuel Harley-Davidson’s customer access and growth in India, one of the largest, fastest growing markets in the world, and other Asia markets.”

Not surprising, considering that India reported sales of 12,613,241 motorcycles in FY2018 and a year-on-year growth of 13.69 percent. And it's getting even better. More specifically, the affordable end of the mid-capacity motorcycle segment (250cc-500cc) in India, where Harley-Davidson wants to increasingly focus on, sold 833,112 units in FY2018 as against 668,631 units in FY2017, thus reporting a substantial YoY growth of 25 percent.

Instead, the company’s most affordable offering in India is the Street 750, which plays in the upper end of the mid-capacity motorcycle category. Harley-Davidson sold 3,413 units in India in FY2018, down seven percent YoY. Its made-in-India exports, however, stood at 6,108 units (Street platform) last fiscal, up 12.32 percent YoY.

Strategic alliance in the offing

Harley-Davidson has also expressed its keenness to enter into a partnership with a local player who can assist the global motorcycle manufacturer in sailing through “one of the largest and fastest growing markets in the world”.

It appears that the company is now looking to replicate the growth strategy embraced by the other global players such as Austria’s KTM, Germany’s BMW Motorrad and most recently the UK’s Triumph Motorcycles to crack the surging Indian motorcycle market, which is also the most difficult market to survive in the world.

Among other announcements that came in from Harley-Davidson recently was the obvious and expected diversification from its focus, which is the cruiser category, to other motorcycle applications such as the adventure-touring and the sports (street-naked) categories.

Finally, acknowledging the growing tribe of the mid-capacity motorcycles worldwide, the company has now announced that it is developing new modular 500cc-1250cc middleweight motorcycles that will span three categories. This will include the adventure concept christened as Pan America 1250, a 1250cc custom model and a 975cc Streetfighter (street-naked).

According to the company, these motorcycles are scheduled for an early 2020 rollout globally. “Additional models to broaden coverage in these product spaces (mentioned above) will follow through 2022,” quotes the company release. 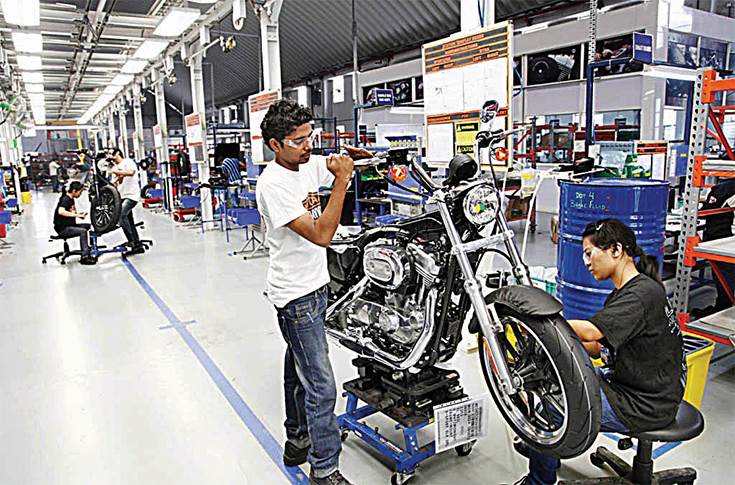 Harley-Davidson India's Bawal plant in Haryana, which produces select models for the local market. The lease for the plant is scheduled to expire in 2019

The LiveWire project is understood to be the launch pad for the company to establish itself as a leading name in manufacturing electrically powered sporty motorcycles. “The LiveWire will be followed by additional models through 2022 to broaden the portfolio with lighter, smaller and even more accessible product options to inspire new riders with new ways to ride,” quotes the company release, clearly indicating its intent to penetrate deeper into the emerging markets worldwide via its two electric motorcycles.

The 115-year-old motorcycle manufacturer does not want to be left behind in the fast-evolving retail market where several e-commerce companies are defining the buying patterns worldwide. It is understood that in India all major two-wheeler brands such as Hero MotoCorp, Suzuki, Yamaha, Honda, Vespa, Aprilia and others are accepting bookings via online retail platforms.

Going forward, Harley-Davidson aims to establish strategic alliances in this space extending its access to a pool of millions of new potential customers.

The company also plans to set up new smaller retail stores across the urban markets, exposing the brand to new customers and push its products including the accessories, merchandise and apparels.

A company document quotes, “The company’s net income for 2017 was $ 521.8 million compared to $ 692.2 million in 2016. The operating income from the motorcycles segment was down $ 157.4 million compared to 2016 primarily due to a 7.9 percent decrease in wholesale motorcycle shipments. Worldwide independent dealer retail sales of new Harley-Davidson motorcycles decreased 6.7 percent in 2017 compared to the prior year.”

To attempt a turnaround, the company had, last year, disclosed its 10-year strategy, which featured five bold objectives. That primarily included building a new tribe of two million riders in the US, and launch 100 new motorcycle models aiming to grow 50 percent in its annual volumes from international business. Now add more make in India to that.