Race Dynamics estimates it can sell 100,000 SpeedClamp units per year. The SpeedClamp series of electronic road speed limiters/speed governors are built for vehicles with drive-by-wire technology 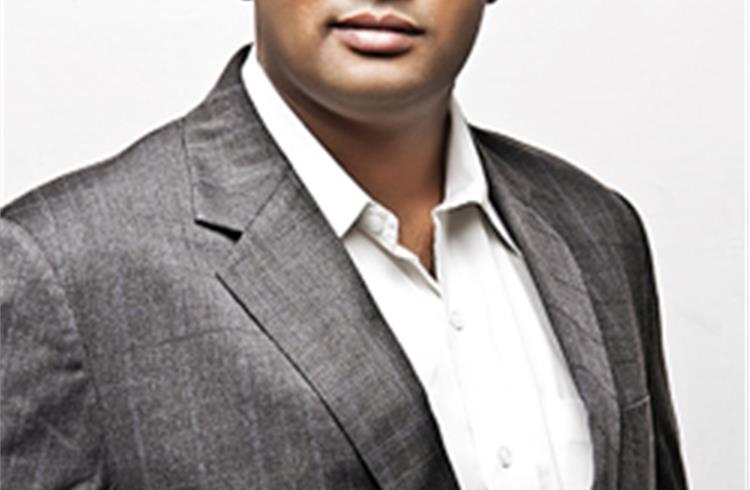 Tucked away in the Bangalore suburb of Koramangala is a company whose façade can be as misleading as facades can be. Youngsters in jeans and T-shirts mill around a Formula 1 SAE car. Inside, several large rooms house areas dedicated to R&D and there’s a conference room right behind the SAE car. Behind this informal work atmosphere is a company serious about carving its niche in automotive electronics. It has a few products, albeit a small range, but is confident that will enable it to achieve this objective. Its flagship product is a patented diesel efficiency enhancer called DieselTronic, a diesel ECU with remote control switchable maps.

Patented three years ago, after vigorous trials, the company began to sell DieselTronic in the open market six months ago. While the numbers aren’t significant, Pavan Kumar Sanikam, the CEO of the company (pictured), says: “We have now finalised a host of channel partners in the southern states for now and expect a great push in sales.” Indeed, Race Dynamics says it plans to sell 15,000 unit numbers of its flagship product by the end of 2012-13.

DieselTronic has been tested in harsh road conditions by the Mahindra & Mahindra Racing team. According to Sanikam, this product can potentially give the user of a normal car a 30 percent increase in fuel efficiency. Why then is it not more widely used than it should be? For one, Race Dynamics has focused on word-of-mouth, so far, to promote this product. It is not easy also to sell a product that retails at Rs 20,000 and comes with a two-year warranty. And Race is keen to tackle things on that front as well. Sanikam says the company is working on a cheaper version of DieselTronic that would come with fewer features and different packaging.

Apart from DieselTronic, Race has a few more products which include PowerTronic, a low-cost ECU for bikes that has been run on a Yamaha R15 and Royal Enfield Classic 500 with good results.

Sanikam says that with the SpeedClamp, the company estimates it can sell 100,000 units per year. The SpeedClamp series of electronic road speed limiters/speed governors are built for vehicles with drive-by-wire technology.This system can be used to electronically and reliably limit the maximum speed of vehicles to a pre-defined limit, and is directly compatible with petrol, diesel and alternate fuel vehicles. The government is working on legislation that will make travelling at high speeds a traffic violation; this is expected to come into force later this year. Race hopes to leverage this opportunity.

Race also has its RD0901 standalone gasoline (petrol) engine management system that has been used by JK Tyres.

Race Dyamics’ strengths are engine control electronics, calibration and data analysis. As its technology officer Karthik B Reddy succinctly puts it, “We provide the evaluation tools for a range of engine functions.” Last year, the company was recognised as a research laboratory by the Department of Science & Technology.

Race’s confidence in hoping to be a key player is based on its cumulative experience gained from its exposure to motorsports. But it can also tap a few pure automotive projects it has under its belt. It has also worked on clean and renewable fuels such as hydrogen and biogas control systems for ICE for vehicle propulsion and power generation.

The company is, at present, working with Sonalika Tractors and also did work on a bio-gas control units (also patented) in a project for the Indian Institute of Science, Bangalore. It says this has scope outside of pure automotive as well citing the potential it has for an efficient rural power generation project, a “current hot topic with ministry of non-renewal energy and other organisations”. The company also has other non-auto sector projects but cannot reveal them now due to a non-disclosure agreement.

The company has also worked with Tata Motors (a turbo-charged Nano) and is also working with Volkswagen India for the upcoming Race of the Champions. The engines of the 20 Vento saloons in the race will have Race-designed and developed ECUs. Race has worked with TVS Racing for customised petrol engine control units as well. These are non-product specific engines, some of which are single-cylinder.

In terms of sales, at present, the flagship DieselTronic accounts for 45 percent, PowerTronic 25 percent and the RD0901 15 percent. At the heart of all this is the chip and going forward, the company may look at electronic applications for body control modules. But that is some time away.

According to Sanikam, the company’s turnover was Rs 14 crore last year. Entirely self-funded, it hopes to move into a brand new office building in a few months’ time. The CEO admits that with better awareness, many of his company’s products can be used more widely. But to do that, there's a need for greater investment in marketing and the all-important approvals by OEMs which can guarantee the numbers.

Studies indicate that EMS such as ECUs and fuel-injection technology that account for 45 percent of the powertrain segment dominate India’s automotive electronics market. Technologies such as multi-point fuel injection, common-rail direct injection and piezoelectric fuel injection systems are being rapidly adopted in Indian automobiles.

Sanikam affirms that, “Motorsport is an excellent real-world testpad and data collection environment where the systems have to endure some of the most demanding operating conditions.” This has enabled Race to provide engine control solutions (installation, calibration, training) for international student competitions such as Formula SAE, the Shell Eco marathon and to engineering colleges like IITs. This is a start-up that is now leveraging years of automotive testing to now offer even bespoke service and technologies to its clients.