Two-wheeler sales pick up the pace in July

Sales of two-wheelers have seen an uptick in the sales numbers. 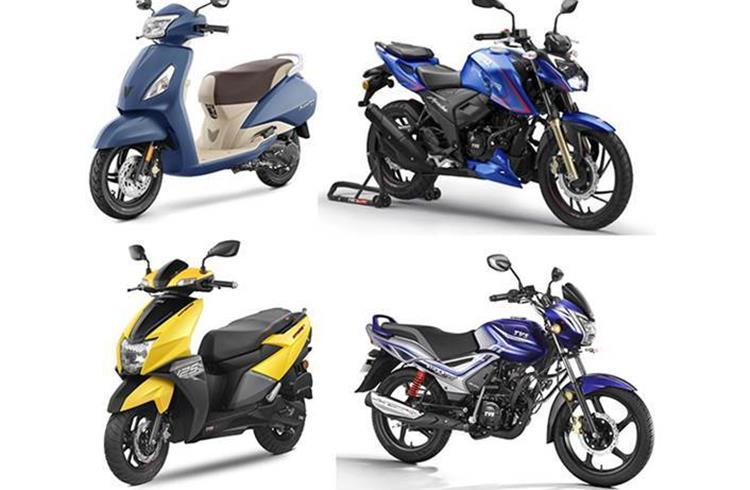 With supply chain issues showing more signs of normalcy, and economic activities pretty much on track, sales of two-wheelers have seen an uptick in the sales numbers. Normal monsoons and an increase in rural activities centered around agriculture are expected to keep the momentum going in the run-up to the festive season. Here are the sales of top two-wheeler manufacturers in the country for July 2022.

Hero MotoCorp: 430,684 units / 0 percent
Hero MotoCorp sold 430,684 units in the domestic market for July 2022. A total of 445,580 units along with 14,896 exports were sold during that time. On the MoM basis, the company witnessed a decline of 7 percent where it sold 463,210 units in June 2022. In a statement, the company said that normal monsoons in most parts of the country, and the consequent agricultural harvest, and other agricultural activities along with the upcoming festive season is expected to keep the sentiments positive and help build the sales momentum further. Hero MotoCorp has sold 18,35,773 units of motorcycles and scooters so far (April-July) in FY23. In the first month of the second quarter, Hero launched the rally edition of Xpulse 200 4V and the latest edition of Super Splendor in Canvas Black Edition.

Honda Motor & Scooter India: 402,701 units / 18 percent
Honda Motorcycle & Scooter sold 402,701 units in the domestic market in July 2022, posting a 18 percent growth. In the same period last year, HMSI sold 340,133 units. In July 2022, a total of 443,643 two-wheelers were sold including 40,942 units were exported. On an MoM basis, it recorded a 13 percent growth as in June 2022 it sold 355,560 units. Atsushi Ogata, Managing Director, President & CEO, said that factors like good monsoon and increased demand for personal mobility has translated well to rise in customer walk-ins and enquiries. “Commencing second quarter on a high along with coming festive season, we expect to regain the growth momentum at a faster rate,” he said

Bajaj Auto: 164,384 units / 5 percent
Bajaj Auto's domestic market sales stood at 164,384 units. This is 5 percent growth when compared to the same period last year where they sold 156,232 units. A total of 315,054 units were sold including the exports of 150,670 units. Though this is a 5 percent drop in the overall sales, the exports witnessed a 14 percent year on year growth. (174,337 units in July 2022). In the month-on-month sales, the company witnessed a 31 percent growth. The MoM sales shows that the industry is seeing revival and the manufacturers believe that a good monsoon season would help the numbers to grow further.

In the electric two-wheeler space, the company launched three versions of TVS iQube Electric. With a monthly average sale of 2,908 units in Q1 2022, the company sold 6,304 units of the iQube in July 2022. "The future demand outlook is very positive. Efforts on increasing the capacity and delivery are showing results," TVS said.

The company said that it has invested in strategic relationships and action plans for the supply of semiconductors and the efforts are yielding results with improvements seen this month as well. "We are very confident of the supplies improving further," the company added.

Suzuki Motorcycle India: 60,892 units / 1 percent
Suzuki Motorcycle India witnessed a one percent growth in the domestic sales selling 60,892 units. A total of 13,448 units were exported, the company said. Satoshi Uchida, Managing Director of SMIL said, “This sales number shows an increasing demand in India and overseas. With gradual improvement in the supply chain, we expect to keep witnessing this sales momentum in the future too.”