India’s passenger car market continues to be dominated by hatchbacks and Maruti makes a clean sweep with five of them in the bestsellers list. 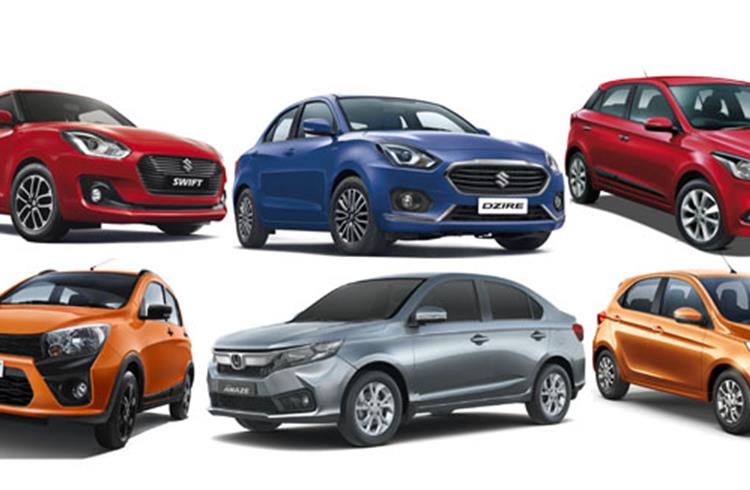 The Indian car market is dominated by hatchbacks. Not surprising then that eight out of the 10 best sellers of September are hatchbacks. Maruti Suzuki's Swift emerged the top seller with sales of 22,228 units, an impressive 68 percent YoY growth (September 2017: 13193 units). The faster and roomier Swift, launched in February this year, is being well received by customers. It was the third bestselling model in August.

However, in Global NCAP's latest round of tests of made-in-India cars for the Indian market, the new Swift, equipped with double airbags, and ISOFIX (i-size) anchorages, got a two-star rating in Adult Occupant Protection and two stars for Child Occupant Protection. Will that rating impact sales in India? We will have to wait for the sales numbers in the coming months.

The Alto, once the undisputed king in terms of sales, comes second. It is still the best selling entry-level car but it seems to be losing its sheen. A total of 21,719 units were sold last month, a 9 percent YoY drop (September 2017: 23830 units).

Maruti Suzuki's Celerio, which recently saw a new avatar in the Celerio X stands at eighth position with sales of 9,208 units. It was the ninth bestseller in August, but with higher sales of 9,503 units.

The Honda Amaze, the only other sedan in the  Top 10 list,  is gaining traction. It sold 8401 units in September and bagged the ninth position, one rung lower than August when it sold 9,644 units.

With the festive season picking up, car manufacturers would hope volumes will pick up. But factors like rising fuel prices, insurance costs and monsoon deficit in states like Bihar, Haryana, Gujarat and Uttar Pradesh could be a dampener. Will car buyers be more in the festive mood and splurge more this month on their favourite set of wheels? Keep watching this space.