Launched on October 18, 2021, this compact SUV continues to punch above its weight and has become Tata Motors’ second best-seller after the Nexon, India’s best-selling utility vehicle. And there's a CNG variant coming soon. 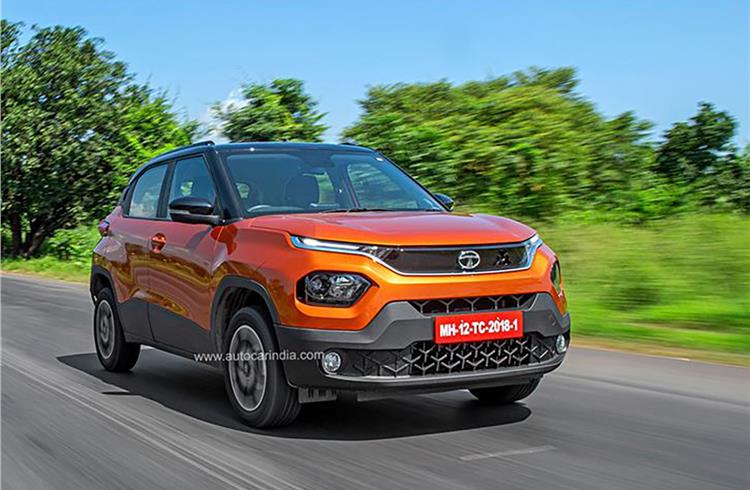 The Tata Punch compact SUV has driven past the 150,000-unit sales mark in the Indian market, 15 months since its launch on October 18, 2021. From launch through to end-Deember 2022, the Punch is estimated to have clocked total sales of 152,466 units, which translates into average monthly sales of 10,164 units.

That’s solid performance for any new model, even if it is among those riding the surging wave of demand for compact SUVs in India. Proof of the Punch’s sales power came within the first few months of launch itself (see 15-month data table below) and it soon jumped from four-figure sales to five figures in January 2022 with 10,027 units. Since then, other than February’s 2022’s 9,592 units, the Punch has sold in excess of 10,000 units every month with the highest coming up in the festive month of September 2022: 12,251 units. 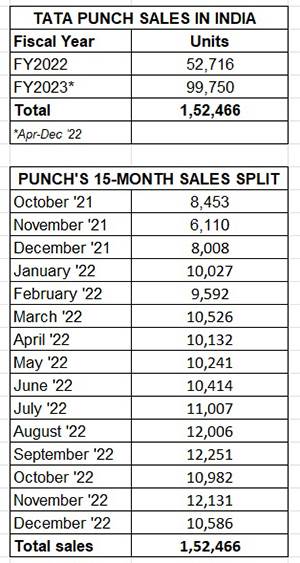 The Tata Punch has set a new benchmark in the Indian PV industry by becoming the first SUV in India to achieve the fastest 100,000 sales milestone in a span of just 10 months. What has helped power demand is the combination of a snazzy design, robust performance and best-in-class 5-star safety. Four days before its launch, on October 14, 2021, the Tata Punch aced the Global NCAP crash test with a 5-star rating.

Punching above its weight
The Tata Punch is the youngest member of the ‘New Forever’ range and is offered with both MT and AMT transmission options. The feature-laden SUV comes with a seven-inch touchscreen system, digital instrument cluster, auto AC, automatic headlights, connected car tech, and cruise control. Offering the agility of a hatch with the DNA of an SUV, the Tata Punch has been a consistent member of the Top 10 best-selling cars table.

The Punch offers a wide array of options at different price points to choose from, catering to a wide spectrum of consumer needs. Powered by a 1.2-litre petrol engine, it delivers fuel efficiency of 18.82kpl in Manual and 18.97kpl in AMT. Furthermore, it also come with Tata’s iRA connected car technology, which offers over 25 features, making the car a complete package for its customers. 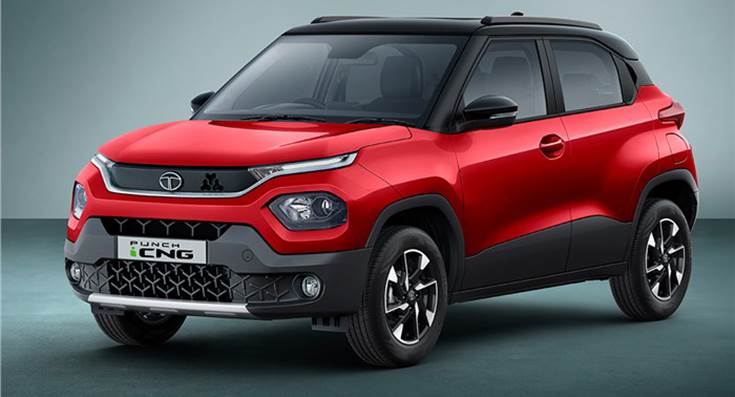 CNG-powered Punch was revealed at the Auto Expo 2023 in early January.

Punch CNG to be launched later this year

At Auto Expo 2023 last week, Tata Motors unveiled the CNG version of the Punch as well as that for the premium Altroz hatchback. Both these models are slated for launch in India later this year and make the Punch and Altroz the third and fourth Tata cars to get a factory-fitted CNG kit, thereby expanding the brand’s CNG portfolio.

The CNG version of the Punch is powered by a 1.2-litre, three-cylinder engine, mated a 5-speed manual gearbox. This engine develops 86hp and 113Nm of torque in petrol guise, and in CNG spec, max power of 77hp and 97Nm of peak torque. Like th Tiago and Tigor CNG, the Punch can also be started directly in CNG mode, a feature not offered by any of its rivals. 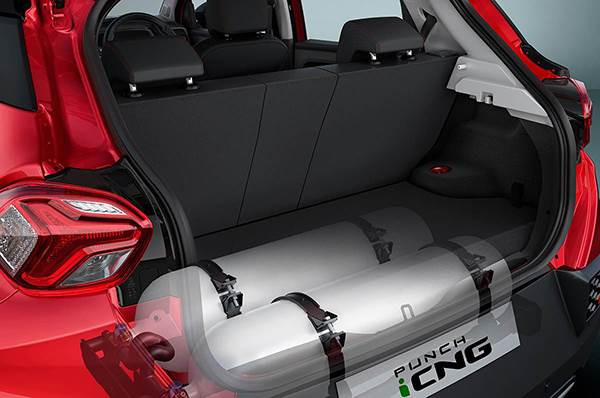 Twin CNG cylinders, each 30 litres in capacity, positioned under the boot floor to free up storage space in the Punch.

Tata Motors has managed to tackle the issue of low boot space, which plagues the Tiago and Tigor CNG. The Punch now gets a new dual-cylinder setup, splitting the otherwise large 60-litre tank that would take up nearly all boot space. The new twin cylinders, each 30 litres in capacity, have been positioned under the boot floor to free up storage space.

In terms of features, the Punch CNG is well-equipped as it gets a 7.0-inch touchscreen and digital driver's display, Android Auto and Apple CarPlay connectivity, a voice-activated sunroof, 16-inch alloy wheels, an engine start/stop button, automatic climate control and height adjustable driver seat.

Tata Motors, which is hugely benefiting from its multi-powertrain strategy that is helping maximise sales of its existing product lines, is likely to further expand the Punch portfolio with an electric avatar. That should serve to add even more punch to the Punch’s sales in the competitive Indian marketplace.