A no-holds-barred battle is underway for honours in the utility vehicle market. Nine months into the fiscal, Tata Motors, Maruti Suzuki, M&M and Hyundai Motor India have each sold in excess of 200,000 units with a neck-and-neck race between the top three. 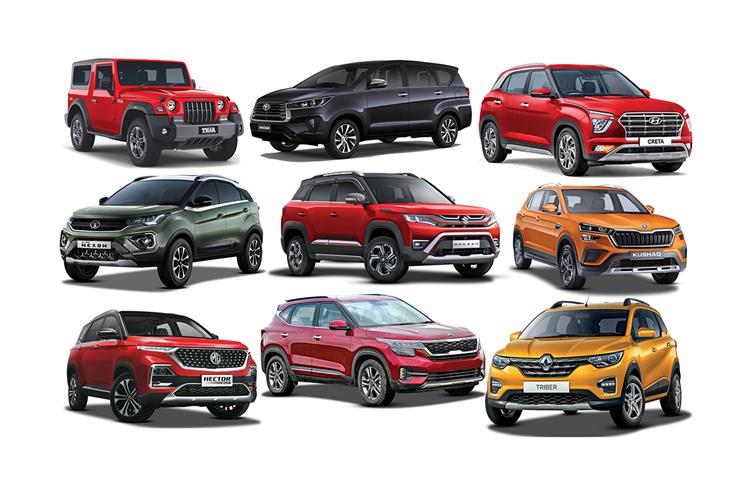 There is an exciting tussle underway for leadership in India’s booming utility vehicle (UV) market, which has seen sales of 14,69,594 UVs in the first nine months of the ongoing fiscal year, up a solid 42% year on year (April-December 2021: 10,36,006 units).

Of the 15 OEMs in the fray, four – Tata Motors, Maruti Suzuki, Mahindra & Mahindra, and Hyundai Motor India – have each sold in excess of 200,000 units in April-December 2022. But the first three are in a neck-and-neck battle for supremacy. Tata Motors is ahead of Maruti Suzuki by 8,398 units, and Maruti is ahead of Mahindra by just 2,323 units. Fourth-placed Hyundai is 33,379 units behind M&M at the end of December 2022.

As per the wholesales numbers released by apex industry body SIAM a few days ago, the the top five UV OEMs with six-figure sales – Tata Motors, Maruti Suzuki, M&M, Hyundai and Kia India – account for 12,05,555 units or 82% of total UV sales (see sales data table below), maintaining the ratio as seen in H1 FY2023. Riding on new products and increased market availability, Tata Motors and M&M are the ones which have made the maximum gains in April-December 2022. 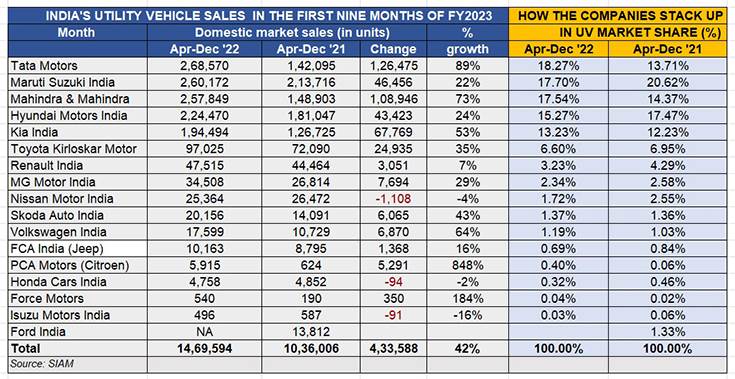 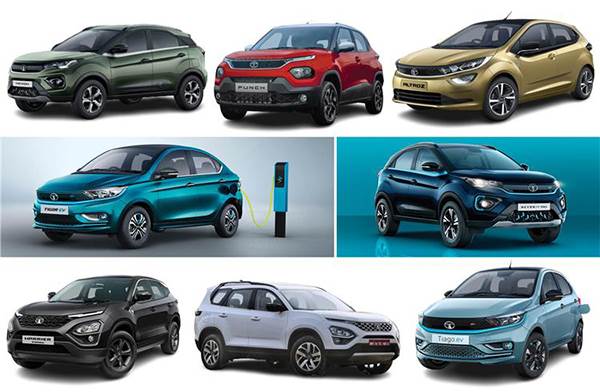 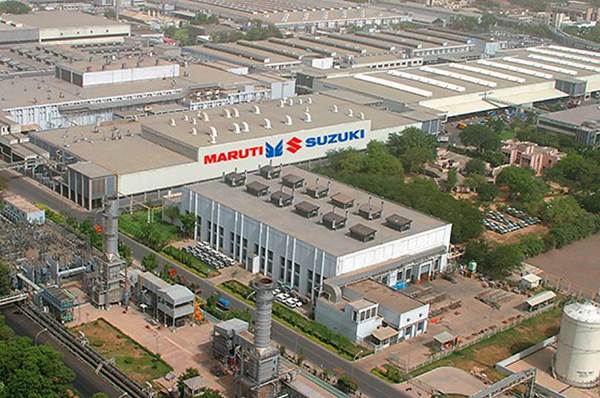 Maruti Suzuki, the overall PV market leader, which had the No. 2 UV position in Q1 FY2023 behind Tata Motors, is now in second place albeit by a small margin of 8,398 units.

In the ongoing fiscal which has seen the company impacted by semiconductor supply chain issues, Maruti has done well to sell 260,172 UVs in April-December 2022 (up 22%). However, its pace of growth is slower than both Tata and M&M, both of whom also have plenty more UV models. This means its UV share is down to 17.70% from 20.62% a year ago.

However, the company can be expected to claw back UV market share with its recently launched new Grand Vitara along with sustained demand for the new Brezza (the best-selling UV in September 2022) and the Ertiga, both of which are regulars in the Top 10 UVs list. 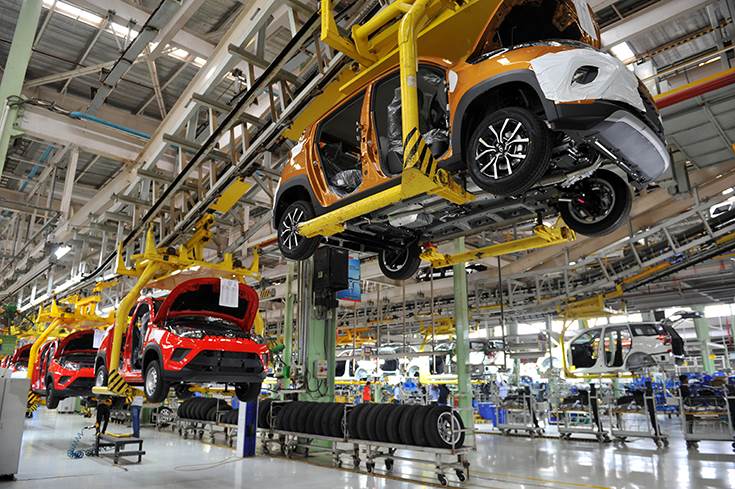 M&M, which had a 260,000-units order back as of early November 2022, is ramping up manufacturing capacity to reduce the waiting period for popular models like the flagship XUV700, Scorpio N and Scorpio Classic, Thar, Bolero and Bolero Neo and the XUV300.

On January 16, M&M launched the all-electric XUV400, the first proper rival to the Tata Nexon EV and priced at Rs 15.99 lakh for the base variant. While bookings are to open on January 22, deliveries of the zero-emission SUV are slated to commence from March 2023.

Like Maruti Suzuki, Hyundai’s slower rate of growth compared to faster-growing rivals like Tata and Mahindra mean that its UV market share has reduced to 15.27% from 17.47% in April-December 2021.

Kia Motors, with 194,494 units and 53% YoY growth, is in fifth place and 29,976 units behind its Korean sibling. Like Hyundai, Kia too clocked its best-ever annual sales numbers in CY2022 but stiff market competition means its market share growth remains marginal.

The two Korean carmakers’ combined UV market share is 28.5%, which is more than the combined 8.64% share of three Japanese players – Toyota, Nissan and Honda – in the Indian marketplace. 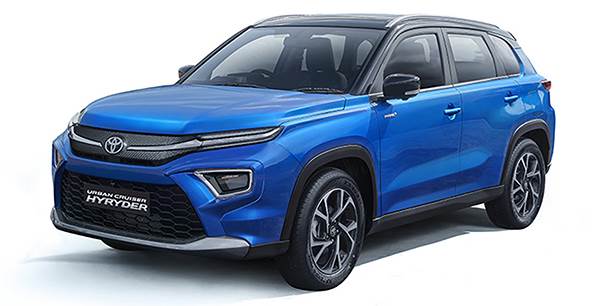 A close look at the UV industry’ sales over the past six years for the top six UV OEMs reveals interesting shifts – both in terms of the UV segment per se as well as company market share. From a share of 28% in overall passenger vehicle sales in FY2018, the UV segment now accounts for 51% of the PV market in April-December 2022. Every second car sold in India now is a UV compared to one in every four PVs sold barely four years ago.

The past three years have also seen a resurgent Tata Motors make inroads into the market, eating into the share of established players – from the 6.28% UV share it had in FY2020, Tata has seen a three-fold increase to 18.27% in April-December 2022.

Mahindra & Mahindra has regained lost market share in the past couple of years. The UV major, which commanded 25% market share in FY2018, has seen its share fall to 14.66% in FY2021 but its strong showing over the past two years, on the back of new products, has seen it claw back its share to 17.54 in end-December 2022.

From the 28% UV share it enjoyed in FY2019, former UV market leader Maruti Suzuki has seen a sharp decline to 17.70% at present, particularly in the face of the stiff new competition from existing players and also entry from Kia India which has gone on to accumulate a 13% share in an expanding market.

Given that prices are slated to rise from April 2023 when RDE (Real Driving Emission) norms kick in, it is likely that SUV buyers might advance their purchase decisions. Also, the Union Budget, to be announced on February 1, could act as a catalyst for sales.

Meanwhile, with an estimated backlog of around 450,000 to half-a-million UVs (most of them with these top five players), vehicle manufacturers are putting their shoulder to the production wheel to keep their assembly lines busy and cater to demand. All in all, an exciting time for India UV Inc.