In the first five months of FY2020, the Chennai-based automaker has sold a total of 75,680 units, which marks handsome 42.50 percent year-on-year growth. 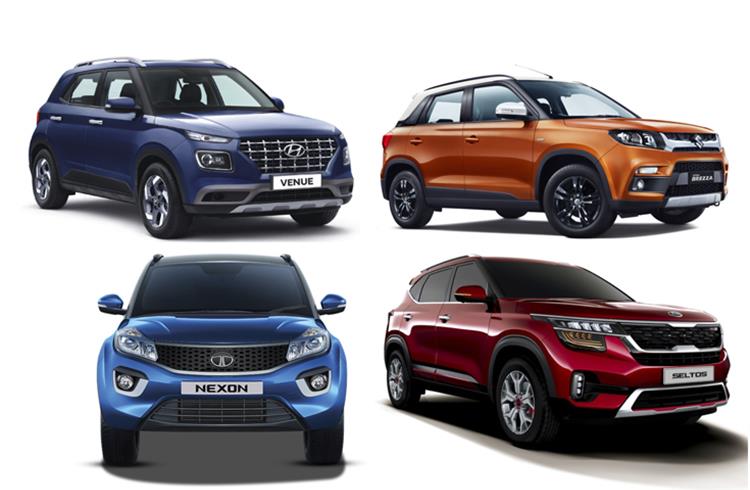 Surging initial demand and a high level of despatches of the Venue have seen Hyundai Motor India make strong market share gains in the April to August 2019 period. In the first five months of FY2020, the Chennai-based automaker has sold a total of 75,680 units, which marks handsome 42.50 percent year-on-year growth (April-August 2018: 53,106), and that too in tough market conditions . Put it down to the growing demand and despatches for the new Venue, Hyundai's first-ever compact SUV.

On July 30, Hyundai announced it crossed the 50,000-unit bookings mark for the Venue since the SUV's launch on May 21, adding that it had delivered 18,000 units of the SUV.  The Venue drove into the Top 5 best-selling UVs chart both in May (in fourth place) and June, when it came tantalisingly close to going past the No. 1 UV, the Maruti Vitara Brezza. And in July 2019, with 9,585 units, it took the UV crown, unseating the longstanding UV champion, the Maruti Vitara Brezza. The robust numbers for the Venue give Hyundai a strong 7.14 percentage basis increase in its market share to 20.86 percent, from the 13.72 percent in April-August 2018.

Maruti Suzuki India, still the UV market share leader with 25.55 percent, sold a total of 92,680 units in April-August 2019, down 14.36 percent. However, given that the company saw its quintet of UVs – Gypsy, Ertiga, XL6, Vitara Brezza, S-Cross – record 3.1 percent YoY growth in August 2019, it can be surmised that Maruti is fighting back with the recent introduction of the XL6 MPV.

Kia and MG Motor open their account
Meanwhile, Kia Motors India, the newest OEM entry into the Indian market, has made a strong debut in August with its Seltos. The Seltos, which was officially launched in India on August 22, sold a total of 6,236 units last month, giving the company a UV market share of 1.72 percent. Kia Motors India, which got 6,046 bookings on a single day when online bookings opened on July 17, currently has over 35,000 bookings in hand and is aggressively driving production at its Anantapur plant to meet the surging demand for its first made-in-India product. Kia Motors will add two new top-spec variants of the Seltos in the coming months for the Indian market. Here's a list of waiting periods for all variants available currently.

The festive season has begun in India albeit consumer sentiment has still to reflect in showroom footfalls. Will September numbers be better? Watch this space. 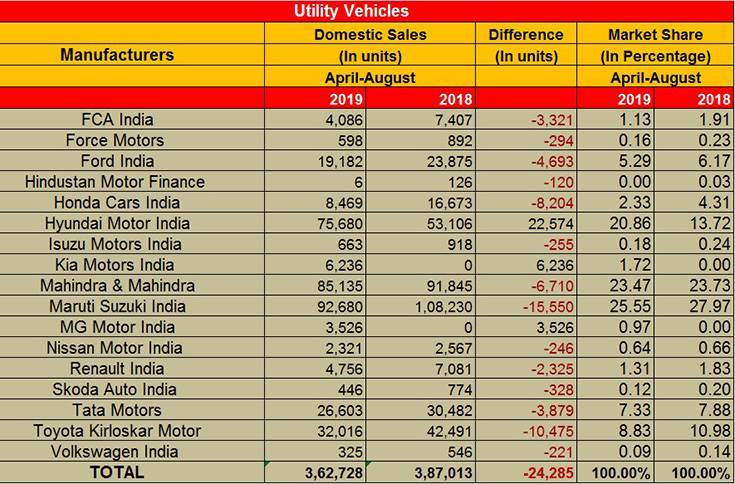