With best-ever annual sales of over 50,000 Skoda cars and SUVs, India is speedily growing into a growth region for the Czech carmaker; its contribution to global sales has increased to 7% from 3% in CY2021. 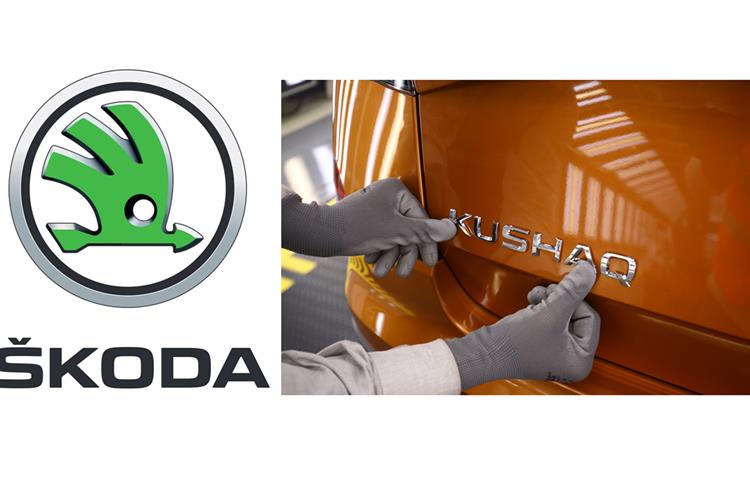 Skoda Auto has announced its global sales numbers for CY2022, which was a challenging year for the global automotive industry as a result of the ongoing semiconductor shortage, the war in Ukraine, supply chain issues, rising energy and raw material prices and continuing geopolitical uncertainty. The Czech carmaker sold a total of 731,300 vehicles worldwide last year, down 16.72% on CY2021’s 878,200 units.

The rapidly increasing popularity of the Enyaq iV (+20%) highlights the success of Skoda’s recently launched e-offensive. The company, which currently has a high order backlog, has reported that its efficient combustion engine models also remain very popular globally, with the Octavia sedan being the most successful, followed by the Kamiq and Kodiaq SUVs.

Klaus Zellmer, Skoda Auto CEO, said: “Never before in its recent history has Skoda Auto been confronted with such extensive challenges as in the past year. Despite these difficult times, our company is making steady progress thanks to an attractive and modern model portfolio comprising e-models and ICE cars. The market situation will remain tense in 2023, but we’re cautiously optimistic that the situation will improve in the coming months. Furthermore, our strategy is already proving successful, and our products are very well received by customers.

Martin Jahn, Skoda Auto Board Member for Sales and Marketing, added: “We delivered 731,300 vehicles worldwide last year, and we more than doubled our deliveries in India, already one of our three most important markets.” 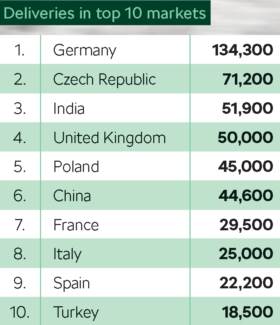 In 2022, Skoda also significantly strengthened its internationalisation initiative. In the strategically important growth market of India, the carmaker has more than doubled its deliveries. As per Skoda's global sales numbers, India with CY2022 sales of 51,900 units is ranked third after Germany (134,300) and the Czech Republic (71,200) and is ahead of the UK (50,000) and Poland (45,000).

Year on year, the India market’s contribution to the company’s global sales has increased by 4.5 percentage points to 7.09% in CY2022 compared to 2.59% in CY2021, a year when India was not even among the Czech carmaker’s Top 10 global markets.

Skoda Auto India, which retails five models – the Slavia, Superb and Octavia sedans, and Kushaq and Kodiaq SUVs – reported its best-ever annual wholesales of 53,721 units in CY2021, which constitutes strong growth of 125% over CY2021’s 23,858 units (see data table below). 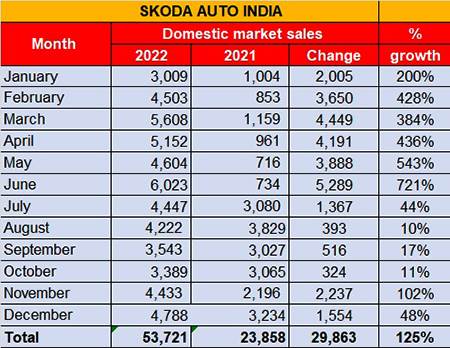 The growth drivers have been the Kushaq midsize SUV (which is estimated to have sold 26,666 units and is among India’s Top 25 best-selling SUVs) and the Slavia midsize sedan. In mid-October 2022, the Kushaq earned a full 5-star safety rating in the latest Global NCAP crash test with full 5-stars in both adult and child safety.

Skoda Auto India is targeting strong double-digit growth in CY2023 and also plans to enter the electric vehicle market with the Enyaq iV, which will be introduced as a CBU (completely built unit) later this year.

Skoda has announced plans to enter the Vietnam market, a strategic growth area where India will play a key role with the assembly of the Made-in-India Skoda Kushaq and Slavia commencing there in 2024.