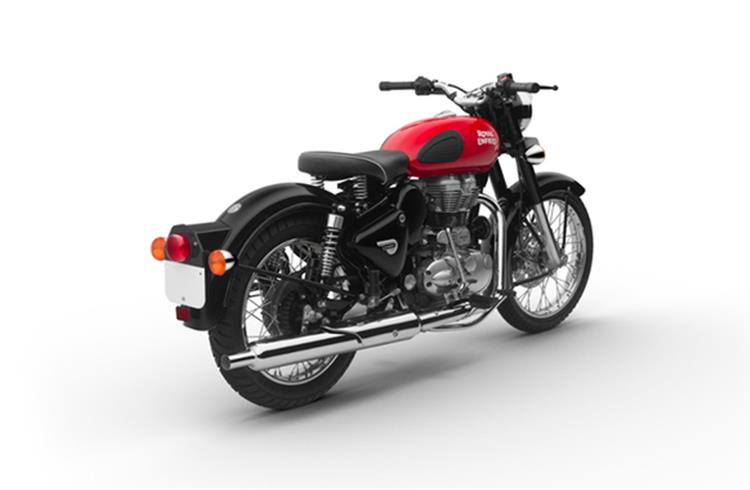 Hero MotoCorp sold 219,103 units under the Splendor umbrella in June, reflecting a YoY growth of 7.08 percent. The largest selling motorcycle brand was followed by the reliable HF Deluxe, which sold 154,655 units in June. The HF Deluxe recorded a YoY growth of 45.26 percent in the third month of the ongoing fiscal.

Hero’s 125cc bestseller Glamour stood at the third spot with sales of 78,889 units in June. The Hero Glamour, however, witnessed a flat YoY decline of 1.82 percent. According to the company, the dip in Glamour volumes was the result of supply constraints at the manufacturer’s end. The senior officials have communicated that the demand for the Hero Glamour remains robust in the domestic market as they aim to reinstate the leadership position in the 125cc motorcycle segment soon.

The Hero Passion, which stood fourth with sales of 76,605 units in June, reported a flat de-growth of 0.04 percent YoY. Monthly volumes of the Passion brand continue to slip for several months due to its aging portfolio and the absence of new model addition.

Interestingly, Passion continues to sell despite any visible marketing initiative by the company to promote the brand. The absence of a strong contender from the rivals in the commuter motorcycle market adds to this.

Honda’s popular CB Shine stood as the fifth largest selling motorcycle brand in June with sales of 69,108 units. HMSI had sold 74,286 units of the CB Shine in June last year. It ranked fifth in June 2016 too.

Notably, Honda’s CB Shine remains the number one 125cc motorcycle in the domestic market, outselling the Hero Glamour, during Q1 FY2018. Honda sold 256,532 units of the CB Shine in Q1 FY2018. Hero sold 209,117 units of the Glamour during the same period bagging the second spot in the 125cc segment.

It is to be noted that the Hero Glamour was the number one brand (beating Honda CB Shine for the second spot) in the 125cc motorcycle category in Q1 FY2017.

Royal Enfield’s bestseller Classic 350, which recently saw the addition of new Redditch variants (basically with new colour options – red, green, blue), has recorded new sales high in June. Bagging the sixth rank, the model garnered sales of 42,149 units in June 2017, which clearly indicates that the new Redditch shades are already a hit among the customers and RE aficionados.

Royal Enfield, which commands a strong brand positioning in the market, brought the Classic 350 Redditch series in January earlier this year. The intent was to create nostalgia around the brand and the town named Redditch (near Birmingham, U.K.) where Royal Enfield was born. The industry experts maintain that the marketing gimmick worked in terms creating a sense of pride in owning one of the world’s oldest motorcycle brands.

Although the motorcycle segment grew by 3.44 percent YoY in Q1 FY2018, the industry is optimistic about further growth in Q2, thanks to above average rainfall and positive market sentiments. Many OEMs are also scheduled to launch new products during Q2 to build up demand during the festive season later this year.