Autonomous driving is not so much about being able to check your emails or enjoy that burger as the car drives itself, as much as it is about the higher safety quotient of driverless technologies. 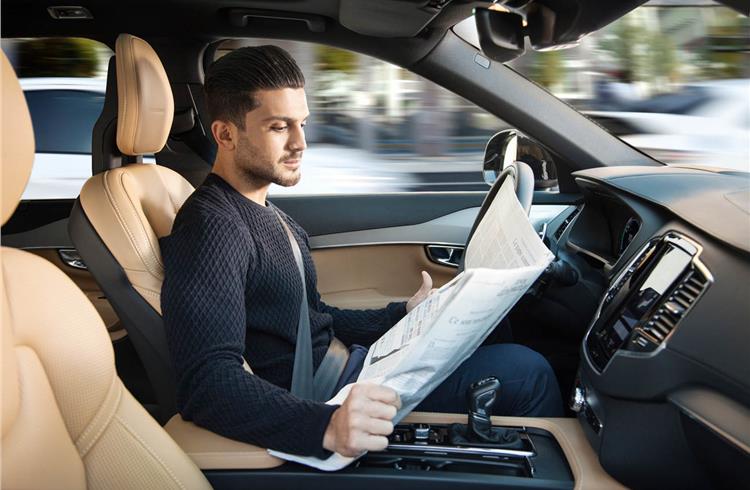 Autonomous driving is not so much about being able to check your emails or enjoy that burger as the car drives itself, as much as it is about the higher safety quotient of driverless technologies.

Remember, it is estimated that about 90 percent of accidents involving vehicles happen due to human error. But the recent fatal accident involving a Tesla Model S is bringing a different dimension to the discussion/debate over autonomous vehicles. Almost every global OEM, as well as some in China, are busy developing their capabilities in this area.

In the case of the Model S that met with an accident in Milliston, Florida, a 40-year-old person lost his life when the car collided into a tractor-trailer. The Autopilot feature was active during the accident. The brakes were not applied as “neither Autopilot nor the driver noticed the white side of the tractor trailer against a brightly lit sky”. Was it purely the fault of the technology in not being able to differentiate the white side of the trailer against the bright sky or was there a fatal delay in human reaction to take over the controls? USA's National Highway Traffic Safety Administration (NHTSA) has begun investigations to find whether the driverless technology “worked according to expectations”.

No OEM is fully ready to offer driverless technology in its cars. Even in the case of Tesla's Model S, human participation in driving the car with Autopilot is essential. Tesla states that Autopilot “is an assist feature that requires you to keep your hands on the steering wheel at all times". The new technology is still in the beta phase.

Even as NHTSA investigates whether the Autopilot feature worked as designed, one also wonders how did the Model S run under the trailer. An under-run protection device is there precisely to prevent any such accidents. Whether there was one but the trailer's ride height was too high or there wasn't (an expert says that some trailers which are used in off-road conditions, such as mines, are exempted from fitting one) is another debate.

If the incident was caused due to a technical shortfall, it would definitely make not only vehicle OEMs but also makers of electronics, radars, sensors, cameras work on developing capabilities to be ready for many more unforeseen challenges.

Tesla says that the death of the Model S customer is the first known fatality in over 130 million miles where Autopilot was activated. Maybe, there is no end to testing any technology to be made absolutely fool-proof, but the companies working on autonomous driving technologies would perhaps add a few more layers to the approval process now.