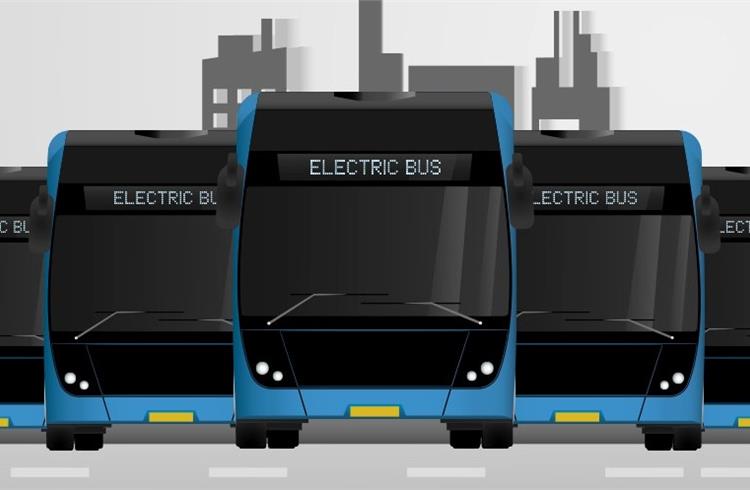 The tender is based on a dry lease contract, allowing STUs to deploy their own bus drivers. Three states - Delhi, Kerala and Telangana are covered in this tender, deploying 2400, 775 and 1500 e-Buses respectively.

This is the third tender for electric buses in less than 15 months, with a total cumulative volume of 16,590 e-Buses across the country, equivalent to 33% of the target given to CESL

Aiming to accelerate EV adoption and cut down fuel imports, carbon emissions and air pollution, STUs in Delhi, Kerala and Telangana will deploy 4675 electric buses on the basis of a “dry lease”, the company said in a statement.

In a dry lease, the operator provides the buses to the state transport corporations (STC) without the drivers or conductors, they are deployed by the STCs. A dry lease model has been enabled in the NEBP to maintain employment in STCs that have such need.

Charging infrastructure at depots are to be provided by both parties in clearly demarcated roles and responsibilities, as constructed and standardized in the 2022 Grand Challenge process.

This tender is valued at an estimated INR 5,000 crores and primarily involves the cost of the bus. Bidders and STCs alike are mandated and encouraged to employ women and create opportunities for a safe environment for them to work.

The total GHG emission reduction for 4675 buses is 34 lacs/year, fuel savings of 15 lac kiloliters/year and significant reduction in air pollution.

Mahua Acharya, CEO and Managing Director, CESL said, “I am thrilled to be launching yet another tender under the National Electric Bus Program. This just speaks of the leadership of states to transition over to electric. This tender was also uniquely designed in consultation with the participating states of Delhi, Telangana and Kerala.”

India’s National e-Bus program has emerged as an international case study. For us domestically, this program demonstrates the commitment of the Honourable Prime Minister to mitigate climate change, reduce fuel bills and address air pollution. The economic value of a 50,000 e-Bus program is huge – and I look forward to seeing the market realize this value,” she added.

CESL aims to augment the public sector bus fleet with a view of strengthening, modernizing and greening public transport in India and the National e-bus Program (NEBP) is the first step towards achieving this vision.