Vehicle Scrappage Policy: The devil is in the details

While the intent to clean up India’s air quality is laudable, OEMs could hike vehicle prices to factor in the 5% ‘incentive’ discount. And will cash-strapped States reduce road tax and registration charges? 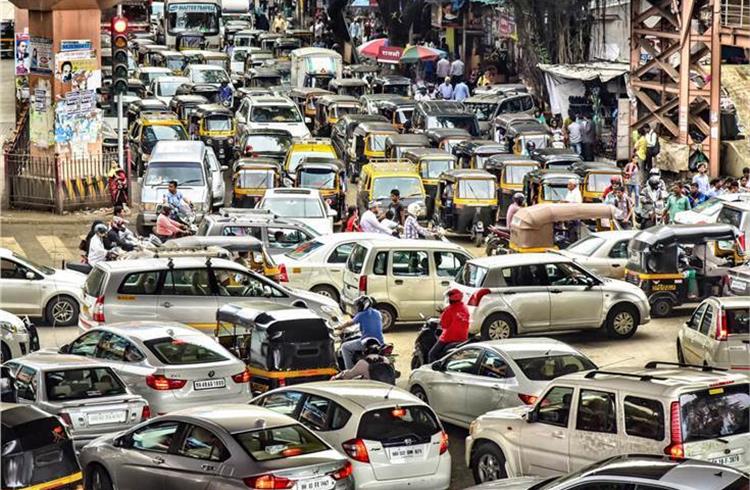 At one level, nobody should really quibble about India’s recently announced Vehicle Scrappage Policy.

The intent to clean up the air is laudable and there are no two ways about the fact that there are way too many old cars, two-wheelers and trucks still operating on Indian roads. And at a time when the country is entering the first anniversary of its implementation of Bharat Stage VI emission norms, the announcement of the scrappage policy is more than welcome.

Five percent OEM discounts could be offset by price hikes
The problem, however, lies in some of the assumptions that will be part of this initiative. The most significant of these is that manufacturers will be gently nudged to give a five percent discount to those seeking to buy new two-wheelers or cars after scrapping their old vehicles.

“Why on earth should we do something like this?” asks a two-wheeler executive. As he explains, it is bad enough that over the last few years, his industry has been at the receiving end on levies relating to insurance, safety norms like ABS and the shift to BS VI which involved a lot of investments.

As a result, prices of two-wheelers increased gradually by more than 25 percent which is a “hell of a lot of money” for the segment that buys motorcycles and scooters. It has also been the industry’s complaint that it has been the victim of overregulation which has resulted in vehicles becoming costlier and deterring customers from buying them in the process.

“And now we are asked to give a five percent discount to customers as part of the incentive exercise! This is rich!” exclaims the executive. Clearly, no manufacturer is going to be so generous and go the extra mile which simply means that they will hike vehicle prices instead by five percent. “This way, everything will be offset,” he chuckles.

The problem is that a further price hike will hardly help the industry’s cause especially in a price-sensitive segment like two-wheelers. Yet, nobody can question manufacturers even if they choose to act like this simply because they are not duty bound to subsidise a scrappage scheme — on the other hand, it is the Government that needs to carry this out.

“The road to hell is paved with good intentions,” quips the executive where the interpretation of this famous adage is that some well-meaning initiatives could have disastrous fallouts. Sure, the scheme is still a couple of years away before it is implemented but manufacturers are not going to take too kindly to the fact that they will be part of the subsidy model.

Will States reduce road tax and registration charges?
The other assumption of the scrappage policy is that States, likewise, will be expected to be as generous in reducing road tax and registration charges. Given their precarious financial situations especially after Covid and the lockdowns of 2020, this is going to be easier said than done. Most of them are already complaining about GST compensation not coming through which also explains why they will not easily relent on reducing levies on petrol and diesel.

The current price spiral of these two auto fuels marks a flashpoint between the Centre and States where the continuous levy of excise duty and local taxes has led to their prices reaching record highs. While petrol is well over Rs 90 per litre (and even Rs 100 in some regions), diesel is way past the Rs 80 a litre mark.

As luck would have it, politics has prevailed over economics in recent weeks with no further hikes  since February 27 thanks to the assembly elections due in Tamil Nadu, Kerala, West Bengal and Assam. Had this not been the case, one can safely assume that both petrol and diesel would have become even more expensive — for now, voters cannot afford to be antagonised further especially when inflation is hurting their household budgets big time.

This detailed detour from the main theme of scrappage simply puts in context why States will not be over-enthusiastic about slashing road taxes and the like just to play out their roles in the policy. How the Centre convinces them in the interim period will be interesting to see — it is not going to be a walk in the park for sure.

Setting up scrap yards in an age of scrappage
Getting a host of scrap yards across the country to carry out this gargantuan task will be the other big challenge. For now, there are a handful of players in the private sector and this will be a big opportunity for other entrepreneurs to throw their hats into the ring and get into the scrappage arena.

There is money to be made for sure except that the big roadblocks could come in the form of identifying remote locations where the waste will not affect the environment. As an industry source says, the green lobby will be “extra vigilant” and the Centre will need to walk the tightrope carefully. “You just cannot afford to have a situation where the waste from these scrapyards affects rivers, lakes and forests,” he adds.

It is not as if the vehicle scrappage policy is not important. On the contrary, it is absolutely imperative at a time when the environment is under serious threat and vehicle emissions are also playing a role in this degradation. Yet, the problem here is that the Centre is putting the cart before the horse and issuing a set of diktats when the better option would have been to involve stakeholders and then plan a course of action.

To manufacturers, this is a reminder of the time when NITI Aayog, the think-tank of the Government, recently decided that it was time for two-wheeler makers to abandon the internal combustion engine (ICE) and embrace electric in a ridiculous timeframe of 3-5 years. This was happening at a time when they had invested big bucks in BS VI (estimated at over Rs 80,000 crore) and had enough to worry about in an era of slow economic growth.

Fortunately, nothing much came out of the NITI Aayog brainwave and the ICE still prevails but now with this new thinking on the scrappage policy, some industry leaders worry that the ghosts of the past have come revisiting once more.

“Disruption seems to be the motto in recent times as seen in the diesel ban in Delhi some years back followed by the jump from BS IV to BS VI and then the clamour for electric,” says an official. Clearly, nobody has the energy any longer to react each and every time to such surprises.